This has been a busy week for a number of people involved in the Just Third Way, with a large number of meetings with some very interesting and intriguing people and institutions.  We also received a very encouraging report from CESJ’s overseas correspondent, who has been working very hard at introducing the Just Third Way with key people and institutions in politics, academia, and the Catholic Church:


• Hoover Institute Talk on Philanthropy.  On Monday, a CESJ team attended a presentation on new directions for philanthropy at the Hoover Institute in Washington, DC.  Members from the CESJ chapter in formation in Hartford, Connecticut drove down to join Dr. Norman Kurland and other local members for the event.  While the talk was interesting, and the presenters were clearly of goodwill, notably David Rubenstein, the creative thinking going on was all within the current paradigm.  Norm got a chance to talk briefly with one or two of the presenters, although not with Rubenstein, but was not able to ask the question that might have led to follow up discussions.
• Meeting with Dr. Julianne Malveaux.  Members of the CESJ core group met with Dr. Julianne Malveaux on Thursday.  Dr. Malveaux is a professor of economics and president of Bennet College.  She is a labor economist, noted author, and colorful commentator.  Dr. Cornel West has described Dr. Malveaux as “the most iconoclastic public intellectual in the country.” Her contributions to the public dialogue on issues such as race, culture, gender, and their economic impacts are credited with shaping public opinion in 21st century America.  The discussion that followed was stimulating and lively.
• Meeting with Alfred Gordon.  Through Martin Smith, the CESJ core group met with Mr. Alfred Gordon on Monday.  Mr. Gordon expressed great interest in the Just Third Way, both as “pure ideas” and as applied by (for example) Equity Expansion International, Inc.  Mr. Gordon, who has been an athletic coach, may be interested in reaching out to teens and young adults to introduce them to these ideas as an alternative to the prevailing jobs or welfare mentality.
• Just Third Way Article to Benedict XVI.  We received a report that an article from a Just Third Way perspective on Pope emeritus Benedict XVI’s focus on the natural law was presented to him on his ninety-first birthday this past Monday.  The article by CESJ’s Director of Research Michael D. Greaney was included in a special edition of Inside the Vatican magazine.
• Currency Volatility Up.  According to an article this week in the Wall Street Journal, currency volatility is up.  The significance of that observation seemed lost on most people, including the authors of the article.  The idea of a currency as a standard of value seems to have been relegated to the dustbin of history as a result of the hegemony established by Keynesian economics.
• “Federal ‘Baby Bonds’”?  In another article this week in the Wall Street Journal, it was proposed that there be a federal program to encourage capital ownership among people in the lower income brackets, funded by the issuance of small denomination government bonds, with the repayment spread out over half a century.  While no doubt well-intentioned, the proposal is both tokenistic and ineffectual.  It relies for its feasibility on the assumption that the shares purchased with the bond proceeds will increase in value, and can be sold to repay the debt, leaving the former shareholder with the balance.  A rough projection, however, gives a grim picture.  According to a study posted on The Motley Fool investment website, you have to reinvest dividends and factor out inflation.  With the “baby bonds” you would need the dividends to pay the interest on the acquisition loan, or come up with the money from somewhere else.  Assuming that dividends are not reinvested, and factoring out inflation, stocks today are worth the same on the average as they were fifty years ago . . . meaning that if you implemented the program and it operated as advertised, the shareholder would be able to meet the balloon payment to retire the debt at the end of fifty years and have nothing to show for half a century of “investing.”  Only an investment program that focuses on self-liquidating assets that pay out ALL earnings, not just a pittance, are truly feasible.
From our overseas Just Third Way correspondent, we have a number of items: 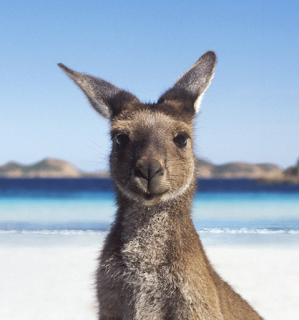 • Australia. A student/alumni discussion club was formed which will focus on Just Third Way ideas with emphasis on binary economics.  The club will also seek to promote the Just Third Way at universities and places in the cities where young people gather.  The primary goal is to organize a conference on the Just Third Way that will feature Dr. Norman Kurland as a guest-lecturer.
• Catholic Church Outreach.  There appears to be growing interest in the Just Third Way approach to the issue of global poverty among the senior officials at the Vatican.  There may be some discussion on the benefits of widespread ownership of productive capital, as opposed to redistribution as a solution.  There also appears to be increased interest in Just Third Way at the highest levels at the Vatican.  Two high level church officials in the United States were approached with information about the work of Center of Economic and Social Justice.
• Federal Republic of Germany. Three senior politicians of Christian Democratic Party (CDU) received material including the article, “A New Look at Prices and Money,” by Dr. Norman Kurland.  Om addition, the CEO Alliance office in Germany has expressed interest in the ideas of the Just Third Way. The office of the German Chancellor has received complete information about Just Third Way-based solutions to the problems of non-inflationary economic growth. 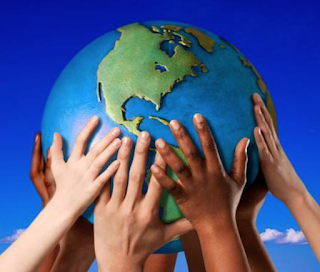 • Global. There have been several more talks with high officials in the European Union and Australasia on the possibility of promoting and including elements of Just Third Way solutions into government policy.
• India. A letter with material about the Just Third Way was sent to representatives of the Committee on Finance in the Parliament.  Other high-level officials have also been sent material.
• South Africa.  Some interest on the Just Third Way was expressed by advisors to the new President.
• Switzerland.  One of the largest daily newspapers has expressed interest in learning more about the Just Third Way. The newspaper has launched a new project which will include a preparation of an insert or a special electronic page on the Just Third Way.
• Taiwan.  Talks and discussions have been pursued regarding the idea of organizing a conference for government economic advisors for the Chinese President as well as policy-makers by the end of this year. 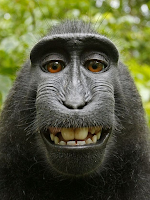 • Shop online and support CESJ’s work! Did you know that by making your purchases through the Amazon Smile program, Amazon will make a contribution to CESJ? Here’s how: First, go to https://smile.amazon.com/.  Next, sign in to your Amazon account.  (If you don’t have an account with Amazon, you can create one by clicking on the tiny little link below the “Sign in using our secure server” button.)  Once you have signed into your account, you need to select CESJ as your charity — and you have to be careful to do it exactly this way: in the space provided for “Or select your own charitable organization” type “Center for Economic and Social Justice Arlington.”  If you type anything else, you will either get no results or more than you want to sift through.  Once you’ve typed (or copied and pasted) “Center for Economic and Social Justice Arlington” into the space provided, hit “Select” — and you will be taken to the Amazon shopping site, all ready to go.
• Blog Readership.  We have had visitors from 27 different countries and 37 states and provinces in the United States and Canada to this blog over the past week. Most visitors are from the United States, Canada, Peru, the United Kingdom, and India.  The most popular postings this past week in descending order were, “7. The Social Doctrine of John Paul I,” “Thomas Hobbes on Private Property,” “6. The Social Doctrine of John Paul I,” “5. The Social Doctrine of John Paul I,” and “What If Lincoln Had Lived?”
Those are the happenings for this week, at least those that we know about.  If you have an accomplishment that you think should be listed, send us a note about it at mgreaney [at] cesj [dot] org, and we’ll see that it gets into the next “issue.”  If you have a short (250-400 word) comment on a specific posting, please enter your comments in the blog — do not send them to us to post for you.  All comments are moderated, so we’ll see it before it goes up.
#30#
Posted by Michael D. Greaney at 1:30 PM