8. Is Theft Ever Justified?

As we saw in the previous posting in this series, Leo XIII, in common with John Paul I a century later, faced the serious challenges socialism, modernism, and the New Age presented to traditional institutions of civil, religious, and domestic society.  Both popes were fully aware of the dangers the “new things” represented.


The difference was that John Paul I was only able to indicate the direction he wanted to take, which, by design, coincidence, or providence depending on your point of view, John Paul II appears to have carried through.  This writer tends toward the providential, for if John Paul I had not been elected and made the direction of his pontificate clear, it is highly unlikely — in this writer’s opinion — that his friend and adviser John Paul II would ever have been pope.  Leo XIII’s pontificate was also, as we have seen, similarly almost by chance . . . if you dismiss Providence.
Unlike John Paul I, however, Leo XIII was able to present his program and carry it through, although in many respects it was thwarted in its implementation for reasons that will become readily apparent.  Matters came to a head with the issuance of Rerum Novarum in 1891.
Although it is not the most remarkable thing about the encyclical, Rerum Novarum — which many people cite as the first social encyclical (mistakenly, in this writer’s opinion; that should be Mirari Vos in 1832) — does not once use the term “social justice.”  It is a little like finding out that Adam Smith, presumably the high priest of capitalism (again mistakenly, in this writer’s opinion) never once used the term “capitalism” or referred to “capitalists.”
The reason, of course, is that the socialists had coopted the words decades before, turning the popular understanding of social justice into another term for “the democratic religion” of New Christianity/Neo-Catholicism, which is to say, socialism.  Leo XIII was already faced with the intimidating task of recapturing the terms “Christianity” and “Catholicism” from the socialists.  He had no worry to spare about relatively new philosophical concepts, regardless how misused they might be.
Again surprising many, the most revolutionary thing about Rerum Novarum was that for the first time in history, an encyclical did not simply condemn something and explain why it was wrong.  Instead, Leo XIII outlined a proactive program to counter the glamour of socialism, modernism, and the New Age.
This resulted in an irrefutable argument against the socialists and others intent on changing natural law and shifting from the Intellect to the Will as the basis of the natural law, as well as presenting an alternative based on reason.  Paradoxically, it also gave the New Christians and Neo-Catholics much more material to work with and distort.  It is, after all, rather difficult to reinterpret a simple condemnation (although that had been done with In Supremo Apostolatus, Gregory XVI’s encyclical condemning slavery in 1839), but very easy to put a different spin on an alternative and claim that it is consistent with the very thing that is being condemned. 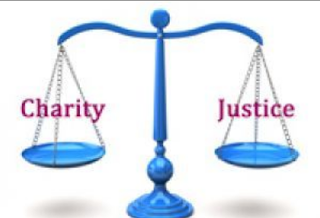 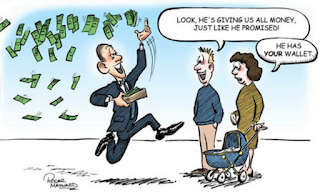 There you have a complete repudiation of the socialist claim that redistribution of wealth belonging to others is any form of justice, whether you call it legal justice, social justice, distributive justice, or anything else.  Redistribution on the basis of need is charity, which cannot be coerced.  Nor does charity replace justice.
True, an exception is noted for “extreme cases.”  There is, however, a catch to that.  It is very dangerous for someone to be his own judge in what constitutes an “extreme case.”  A politician, for example, might decide that since he cannot be elected without promising to redistribute what belongs to the wealthy, he is justified in doing so.  After all, if he doesn’t get elected, he will not have a job and he will be unable to carry out all his plans for social betterment.
The businessman might decide that he can’t make enough profit unless he cheats customers by cutting quality or increasing prices.  He justifies this on the grounds that he needs the extra money to finance growth and create jobs for the very people he is robbing.
A drug addict needs money for a fix or he will go into withdrawal.  The teenager needs new shoes or her friends will think she isn’t cool.  The list is endless — as long as the definition of “extreme” rests with the one benefiting by it.
The Catholic Church, however, has a definite list of criteria for what constitutes “extreme cases” when redistribution is justified, even in the event of what would otherwise be deemed theft . . . with the caveat that while someone may incur no moral guilt, actions may carry a penalty imposed by human authorities if someone takes the law into his own hands and redistributes on his own authority.  These are:
·      The need must truly be “extreme,” that is, someone or his dependents is in danger of death or permanent disability unless assistance is given.
·      What is taken and redistributed must be out of the “superabundance” of others; not mere abundance, but out of what the person clearly does not need to maintain his station or position and that of his dependents.
·      Enough may be taken to meet the extreme need, but no more.
·      Restitution should be made when or if possible.
·      The redistribution should be carried out by duly constituted authority, especially if the danger is to the whole of the common good, as in the case of a natural disaster, such as earthquake, flood, or famine that causes widespread distress.
It was not obvious in Rerum Novarum but would be made explicit in less than half a century by Pope Pius XI, but there is an additional criterion in social justice: organize with others to remove any systemic or institutional causes that resulted in the extreme need.
All this, of course, was only what the Catholic Church had been saying for centuries.  It was nothing new.  What was new, and what took the socialists, modernists, and New Agers completely by surprise, was Leo XIII’s proposed solution to the greed of capitalism, the envy of socialism, and the evils of the “new things”: widespread ownership of capital.
#30#
Posted by Michael D. Greaney at 6:00 AM