Most recent news on the national and international scene has little or nothing to do with the Just Third Way, except that implementing Just Third Way reforms would go a long way toward resolving them.  Still, there are one or two things happening that are directly of interest: 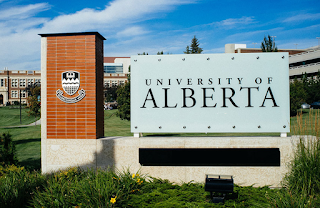 • University of Alberta Friends and Alumni Dinner.  Members of the CESJ core group attended the University of Alberta Friends and Alumni Dinner in Washington, DC, on Wednesday, April 11, 2018.  Dr. Norman Kurland gave a brief presentation on the need for reform in Academia, with emphasis on the “Justice University” concept.  A number of the attendees expressed interest.
• Wayne County Initiative.  Members of the CESJ core group are finalizing plans to travel to Lincoln Park, Michigan, to give a presentation on a possible plan to renew Wayne County economically, politically, and socially.
• Representative Ryan’s Withdrawal.  It is interesting to speculate that Representative Paul Ryan might be contemplating a run for the presidency in 2020.  If so, it would be good for him to learn about Capital Homesteading as a way to achieve the goals of both liberals and conservatives these days.  In that way, entitlements could be reduced and the budget balanced without harming anyone’s income.
• Auto Lending Penalty Scandal?  The Wall Street Journal today reported that the federal government has been levying fines on companies making loans to purchase automobiles based solely on the opinion of investigators that the companies might have charged higher rates to so-called minority borrowers, based on nothing more than surnames and general place of residence.  If what the Journal says is correct, it is another instance of guilt being assumed without any actual proof.  Of course, the whole situation would be rendered moot if Capital Homesteading was in place and people could purchase consumption goods, even the higher-priced durables, out of their income instead of taking out loans. 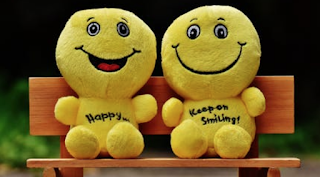 • Shop online and support CESJ’s work! Did you know that by making your purchases through the Amazon Smile program, Amazon will make a contribution to CESJ? Here’s how: First, go to https://smile.amazon.com/.  Next, sign in to your Amazon account.  (If you don’t have an account with Amazon, you can create one by clicking on the tiny little link below the “Sign in using our secure server” button.)  Once you have signed into your account, you need to select CESJ as your charity — and you have to be careful to do it exactly this way: in the space provided for “Or select your own charitable organization” type “Center for Economic and Social Justice Arlington.”  If you type anything else, you will either get no results or more than you want to sift through.  Once you’ve typed (or copied and pasted) “Center for Economic and Social Justice Arlington” into the space provided, hit “Select” — and you will be taken to the Amazon shopping site, all ready to go.
• Blog Readership.  We have had visitors from 37 different countries and 44 states and provinces in the United States and Canada to this blog over the past week. Most visitors are from the United States, Canada, Peru, Australia, and South Africa.  The most popular postings this past week in descending order were, “Thomas Hobbes on Private Property,” “News from the Network, Vol. 11, No. 14,” “3. The Social Doctrine of John Paul I,” “More on What Backs Money,” and  “2. The Social Doctrine of John Paul I.”
Those are the happenings for this week, at least those that we know about.  If you have an accomplishment that you think should be listed, send us a note about it at mgreaney [at] cesj [dot] org, and we’ll see that it gets into the next “issue.”  If you have a short (250-400 word) comment on a specific posting, please enter your comments in the blog — do not send them to us to post for you.  All comments are moderated, so we’ll see it before it goes up.
#30#
Posted by Michael D. Greaney at 3:00 PM