The only way to counter vague assertions such as this is first to demonstrate that you do indeed understand what you’ve been accused of not understanding.  For that reason, we are going to subject you to the standard textbook explanation of the Keynesian money multiplier, and then why we regard it as a load of hooey.  So, here is the standard explanation of its operation:
The money supply expands to a maximum of the reciprocal of the reserve requirement.  Thus, a 10% reserve requirement means that the maximum possible expansion of the money supply is on the order of 10x, e.g., a $1 million infusion of new money into the system means that the money supply can expand by $10 million ($1 million times 1 divided by .1).
As the explanation goes, this is because $1 million is deposited in Bank A, of which $900 thousand is lent out by the bank in new loans.  These loans are deposited in Bank B, which lends out $810 thousand.  These loans are in turn deposited in Bank C, which lends out 90% of what is deposited, and so on, “cycling down” (so to speak) until no more loans are made.  $1 million plus $900 thousand plus $810 thousand, and so on, eventually totals an expansion of the money supply in the amount of $10 million. 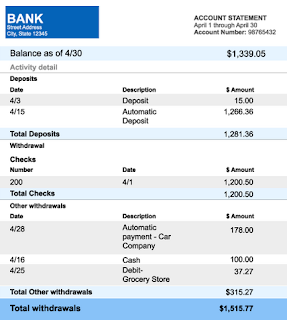 There are two reasons why this explanation is a complete fantasy, bordering on the delusional, even though it is in all the textbooks.
One, the process as described is completely illegal.  The bank cannot lend out the amounts it accepts for demand deposits for the simple reason that it does not own the money, and every cent of that money must be available on demand by the depositor, hence the name, “demand deposit.”
Examine your bank statement.  You will see that amounts added to your account are “credited,” while amounts subtracted are “debited.”  If you are familiar with basic accounting, however, you are aware that a “debit” is normally an addition to the owner’s assets, while a credit is a subtraction from the owner’s assets.  Why is this reversed on your bank statement?
Because your bank statement is not really “your” statement.  It is a statement of what is on the bank’s books, not yours.  All deposits in a bank constitute liabilities to the bank, not assets, and cannot be loaned out.  They must be available for the owner “on demand,” that is, at a moment’s notice — and that means no lending from demand deposit funds.
Now, these funds could be loaned out by the bank — for a fee charged by the depositor — had they been deposited in a time deposit (“savings account”).  A time deposit is not generally available on demand by the depositor but is often conditional on the availability of liquid funds.
Thus, the first reason a bank cannot function the way the Keynesian money multiplier requires is that it is illegal for it to do so. 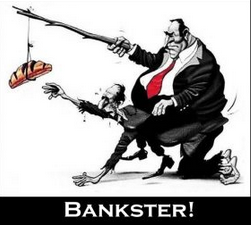 No doubt, you say, however, banks are operating illegally, and the multiplier does work that way because banks are illegal institutions, and bankers are all criminals.  (The problem of collective guilt and making accusations without proof is a problem for another day.)
The allegations that banks are illegal institutions and all bankers are criminals, however, falls apart as soon as we look at the real reason the Keynesian Money Multiplier is a fallacy.
Let us assume for the sake of the argument that a bank can, in fact, lend out the funds a customer deposits in a checking account (i.e., demand deposit).  As we have seen above, this is illegal, but necessary if the multiplier is to work.  We will now see that it does not, in fact, work at all.
Let us assume the same 10% reserve requirement, and the same $1 million deposited in Bank A.  The bank lends out $900 thousand (again, it cannot, but this is the assumption for the sake of the argument), and these funds are deposited in the form of checks in Bank B.
According to multiplier theory, Bank B then lends out $810 thousand of the $900 thousand it accepted for deposit . . . but does it?
By no means.  Bank B cannot lend out any part of the $900 thousand it accepted for the simple reason that it is not in the form of additional reserves.  It is in the form of checks — which are not reserves, but claims on reserves . . . of Bank A.
In order to obtain the $900 thousand in reserves represented by the checks it accepted, Bank B must present the $900 thousand worth of checks to Bank A.  Bank A reduces its reserves by $900 thousand (leaving $100 thousand), transfers the $900 thousand to Bank B, and cancels the $900 thousand worth of checks.
Clearly there has been no increase in the money supply, regardless how often loans are made, and how many banks are involved.  All that has occurred is a transfer of funds, not money creation.
Thus, even if a bank could legally lend out funds accepted for demand deposits, there would never be any increase in the money supply.  The Keynesian money multiplier is a fantasy.
None of this is new.  This is, more or less, the explanation of the Keynesian money multiplier theory given by Dr. Harold G. Moulton, president of the Brookings Institution from 1928 to 1952, on pages 77 to 84 of his book The Formation of Capital.  This was published in 1935, shortly after the Keynesian money multiplier theory was developed.
The only misunderstanding about the Keynesian money multiplier here is the baffled head-scratching that goes on among people who try to figure out its logic in the harsh light of reality.
#30#
Posted by Michael D. Greaney at 6:00 AM