Although the facts are somewhat questionable, and the logic is more than a little shaky (and has been for more than a century), Keynesian economics still rules the worlds of Academia and Politics . . . and people continue to wonder why and how the world doesn’t seem to be working the right way.  Perhaps the answer is just a little too obvious?  In any event, here are some of this week’s Just Third Way events: 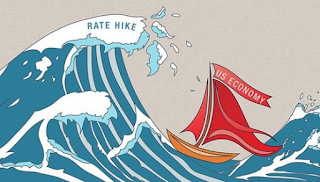 • Federal Reserve and Interest Rates.  The Federal Reserve has expressed concerns about the runaway growth the economy has been experiencing . . . allegedly.  This is presumably evidenced by the fact that consumer prices are rising.  The proposed solution?  Raise the interest rates.  Money and credit being a commodity in limited supply (or so the Federal Reserve reasons), raising interest rates will put a damper on growth by making new capital formation and job creation more costly, reducing the supply of available goods and services and raising prices.  Thus, the Federal Reserve’s answer to rising prices is to raise prices.  This is because true economic growth, which is evidenced by an increased supply of goods and services and thus a lowering of prices, is bad because it reverses inflation, while inflation is bad because it raises prices and can only be corrected by raising prices.  And if you understood one word of that rationale for raising interest rates or for the Federal Reserve to have anything at all to do with interest rates . . . you have more problems than we can help you with. 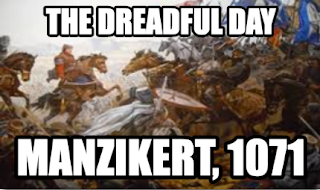 • Ten Battles Book.  While the full title of the new book by CESJ’s Director of Research is Ten Battles Every Catholic Should Know, non-Catholics, even non-Christians have found that its objective, Just Third Way orientation gives a refreshing new perspective not only on history, but on current events as understood in light of what has gone before.  People should consider reading it and posting a review if they like it.  What many people find fascinating is that it covers events that relatively few people in the Americas and in Western Europe know much about, such as “the Dreadful Day” of Manzikert in 1071, and the true story of the “real” Dracula, which Dr. Deal Hudson of Ave Maria Radio said is the best chapter in the book.  There is also an in-depth treatment of the Battle of Lepanto in 1571, which inspired one of G.K. Chesterton’s most famous poetic epics.
• CESJ Conference.  Plans for the CESJ conference on money, power, and justice are well under way.  We expect to have more details (as well as sign up information) available soon. 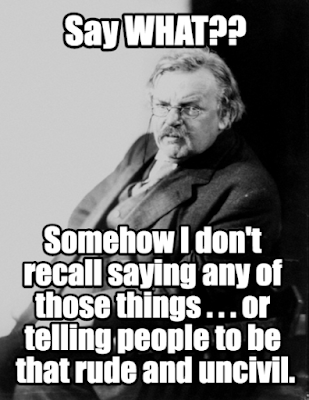 • “Chestertonian Distributism”?  Someone recently protested about a comment we made about the Keynesian Money Multiplier in one of our blogs, i.e., that it is based on a fallacy and relies on counting the same funds multiple times.  Here’s the comment: “[T]he multiplier adds a safety net, a cushion, prevents small businesses going under, maintains employment and service industries, stops destructive market forces — prevents carpetbagging [where did that come from? — ed.] — prevents monopolism and what GKC [Gilbert Keith Chesterton — ed.] calls proletarianism — don’t you understand you’re appealing to annihilating friedmanite/hayekian/libertarian economics [did he mean we want to “annihilate” all non-Keynesian economics, or that non-Keynesian economics is “annihilating”? — ed.] which are the antithesis of distributism — and then applying a ‘homestead’ prepping [? — ed.] ‘save and self-sustain’ [? — ed.] economy which CAN ONLY work in living wage /living low utility cost/low food & transport cost & a safety net of universal free education and free health [you mean “socialism”? — ed.] — principles demanded by rerum novarum and quadragesima [sic] anno [where? — ed.] — but dismissed as commie socialism [isn’t that redundant? — ed.] by you so-called distributists who really haven’t read the outline of sanity’s [Chesterton’s book The Outline of Sanity (1926)? — ed.] apologetic for condemning socialism — and designating that which your US right wing capitalist base line presumptions considers ‘commie’ when it’s actually common sense medievalist guild-frame post-feudal distribution. [? — ed.]”  Our response?  (Which will be posted next week in its entirety) To give in detail the textbook explanation of the Keynesian Money Multiplier and explain — in detail — why it is a farrago of nonsense . . . as is this rant, at least those portions of it we could understand.  Fortunately, this individual (whose name has been omitted to protect the guilty) does not appear to be representative of ordinary “Chestertonians” or “distributists,” but of what seems to be a small coterie of very loud and opinionated individuals who seem intent on giving Chesterton and distributism a bad name.  For this select crowd, we recommend some remedial logic, spelling, and grammar as well as education in some financial basics such as monetary and credit theory, and the principles of banking and bookkeeping, to say nothing of common courtesy and civility (we cut out some of the more egregious insults).  And we’re still trying to figure out where that “carpetbagging” came from.
• Red Star Rising.  We’re still waiting for the foreword for the book, but we seem to have made some progress in finding just the right title.  We think Red Star Rising might be it.  Calling it Red Star Over Bethlehem was accurate, but more than a little misleading to people who might not realize that the problem of socialism is not purely religious or strictly secular, but a bizarre comingling of religion, politics, and the family in a way that utterly destroys the sovereignty of the human person and undermines the integrity of the family.  As quickly became evident during the research for the book, all socialism was originally “religious” and “democratic” — the original term for socialism was, in fact, “the democratic religion”! (l’démocratie religieuse) — the term “socialism” did not replace earlier terms until the 1840s.  “Socialism” and “communism” were used more or less interchangeably until around 1850, when Karl Marx, who despised all forms of religion — especially religious or democratic socialism — distinguished between “scientific socialism” that he called communism, and religious and democratic socialism, all of which he lumped under the general term “socialism.”  All forms of socialism, however, share the same fundamental assumption: that ultimate sovereignty rests in the people as a whole, not in individual human beings, thereby making the abstraction of the collective created by man greater than man created by God . . . and thus the collective is greater than God. 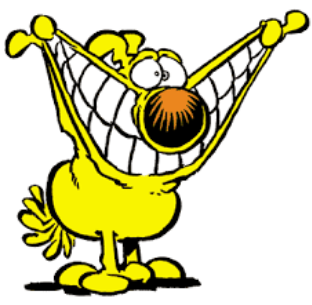 • Shop online and support CESJ’s work! Did you know that by making your purchases through the Amazon Smile program, Amazon will make a contribution to CESJ? Here’s how: First, go to https://smile.amazon.com/.  Next, sign in to your Amazon account.  (If you don’t have an account with Amazon, you can create one by clicking on the tiny little link below the “Sign in using our secure server” button.)  Once you have signed into your account, you need to select CESJ as your charity — and you have to be careful to do it exactly this way: in the space provided for “Or select your own charitable organization” type “Center for Economic and Social Justice Arlington.”  If you type anything else, you will either get no results or more than you want to sift through.  Once you’ve typed (or copied and pasted) “Center for Economic and Social Justice Arlington” into the space provided, hit “Select” — and you will be taken to the Amazon shopping site, all ready to go.
• Blog Readership.  We have had visitors from 33 different countries and 49 states and provinces in the United States and Canada to this blog over the past week. Most visitors are from the United States, Canada, the United Kingdom, India, and Australia.  The most popular postings this past week in descending order were, Thomas Hobbes on Private Property,” “Church and Culture With Deal Hudson,” “John Frum Day, 2018,” “News from the Network, Vol. 11, No. 6,” and “Lord of the World, III: Benson Seeks a Calling.”
Those are the happenings for this week, at least those that we know about.  If you have an accomplishment that you think should be listed, send us a note about it at mgreaney [at] cesj [dot] org, and we’ll see that it gets into the next “issue.”  If you have a short (250-400 word) comment on a specific posting, please enter your comments in the blog — do not send them to us to post for you.  All comments are moderated, so we’ll see it before it goes up.
#30#
Posted by Michael D. Greaney at 11:31 AM