Another Taxing Question, III: Why Tax at All?

Everybody hates taxes.  Or, rather, everybody hates paying taxes.  Everybody loves what taxes do, especially when it’s done for them.
Okay, those are pretty broad statements, and it’s easy to come up with exceptions.  That’s not the point today, though.  Today we’re concluding our short dissertation on the income tax by asking, Would it be a good idea if we could figure out a way to run the country without taxes? 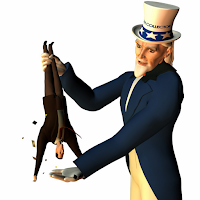 The way you answer that depends on whether you work 1) for yourself, 2) for somebody else, or 3) for the government.
If you work for yourself, the astonishing answer is “No!”  Do you really want the politicians to be able to do anything they want without being accountable to anybody?  The only thing that holds them back now is the fear that they can’t raise taxes and stay in office, or they might give the economy too hard a kick in the teeth by increasing government debt just a little too much to get away with.
The thing to keep in mind is that money comes from production, production doesn’t come from money.  When productive people or institutions create money backed by production, they know they have to deliver whatever was produced to the people who accepted their money and want to redeem it.
When unproductive people or institutions create money not backed by something they have produced or that they intend to produce, they have to obtain what other people produce some way to redeem the money they issued.  If they redeem it, that is.  When you issue money, you obligate yourself on a debt.  If you don’t redeem it, it’s called “counterfeiting.”  When a government does it, it’s called “legal counterfeiting.” 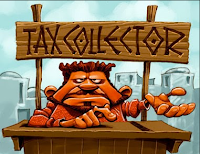 Government by its nature is not a producer of wealth.  Thus, when it issues money, the only way it has to redeem the debt is to collect taxes . . . or issue new debt that it doesn’t redeem.  So, if you work for yourself and produce something, and the government issues debt instead of collecting taxes, it is simply sparing you today to take more from you tomorrow.
What if you work for somebody else?  Does it matter how the government gets its money?  It sure does.  Henry C. Adams pointed out more than a century ago that politicians who are not answerable to the citizens for the money they spend are the single greatest danger to national sovereignty.

What about if you work for the government?  In that case, however the government gets the money it pays you is probably fine and dandy . . . as long as they keep paying you.
Even so, what if the government could raise all the money it needs without taxation?  Would they still tax?
As Harold G. Moulton pointed out in his pamphlet The New Philosophy of Public Debt (1943), the government would still levy taxes.  Why?  Because by imposing taxes on some things and not others, they can control and, if necessary, change people’s behavior to act in ways those who control the government find acceptable.
#30#
Posted by Michael D. Greaney at 6:00 AM