A lot has been going on this week, so we won’t waste your time or ours by pointing out something obvious like the stock market is a mess, politics is crazy, or academia is in a shambles: 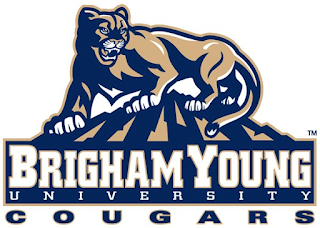 • On Monday of this week we had a very good telephone conference with a prospective intern from Brigham Young University.  She has expressed interest in both the economic and social justice aspects of the Just Third Way, and sounded very close to a decision.

• On Tuesday of this week we had a meeting with an attorney from Hawaii who has recently moved into the DC area, and who was referred to us by one of the key presenters at the recent ESOP Association conference.  The meeting was very productive, and the attorney was introduced to many of the innovative concepts of the Just Third Way. 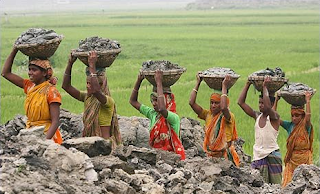 • On Wednesday of this week we had a meeting with Father William Christensen, S.M., Ph.D., who has been working for many years to implement Just Third Way reforms in Bangladesh, notably in a proposed woman-owned garment factory.  Although Father Christensen has had a great deal of success lifting people out of poverty with the programs of the Institute of Integrated Rural Development (IIRD) in Bangladesh (there is a different IIRD in India), the garment factory would expand the reach of his efforts from the micro level to the macro level.  The stumbling block — as it has been for centuries — is the fixed belief of the experts that you need existing accumulations of savings in order to finance new capital formation.  Since existing savings are by definition an effective monopoly of the currently wealthy, and they are not likely to do anything to their own disadvantage even when doing good, it appears that only by gaining access to interest free (but not cost free) capital credit extended by commercial banks backed up by the rediscounting powers of a central bank will there be any measurable and significant progress made.

• China appears to have backed itself into a corner by doing all the right things . . . to grossly inflate the country into a bubble economy.  Virtually nothing has been done to encourage or even allow ordinary Chinese to participate in the presumed economic growth, except as subsistence wage workers.  The Chinese have not built mass purchasing power into their economy, and must rely on expansion of exports and economic imperialism in order to take up the slack.  There is a tremendous market for luxury goods, of course — given China’s population, a relatively small élite translates into bottom line magic — but the danger signs are everywhere . . . and are everywhere being ignored.  For example, the Chinese have been bidding up the price of beef “offal” (a.k.a. “chitterlings”) and lower-priced beef cuts that have been a Japanese lower- and middle class mainstay since the 1950s to meet the mushrooming demand for beef among the newly affluent in China.  In addition, China has been buying up soybeans at a tremendous rate, not for use as a dietary staple as in Japan (shoyu [soy sauce], tofu, and many types of miso [a fermented food paste used to make a soup base that many Japanese have for breakfast every morning and as a flavoring] are made with soybeans), but for animal fodder, again as a result of the increased demand for beef in China among the new economic and old Party élites.

• Bad as the economy may seem for the average American or Japanese, it is worse for the average Chinese.  Yes, we have all been subjected to reports of how well the economy is doing, e.g., the Dow is up, new jobs are being created, etc., etc., and so on, but once examined closely, these claims verge on the delusional.  Nevertheless, both the U.S. and Japan still have the basic system in place that was meant to benefit ordinary people, not simply an élite.  True, this was done through the wage system instead of an ownership-based system, but that can be changed very quickly to restore the strength and vigor of both countries’ economies.  China has no such tradition or system in place, and is thereby poised for a dramatic downfall, as soon as either the bubble bursts, or ordinary people get fed up and surface a leader who will take corrective action.

• Is (as some have maintained) the State the sole intercessor available to the poor?  (A direct quote from a critic of CESJ, by the way.)  Not according to Pope Pius XI in § 78 of Quadragesimo Anno: “When we speak of the reform of institutions, the State comes chiefly to mind, not as if universal well-being were to be expected from its activity, but because things have come to such a pass through the evil of what we have termed “individualism” that, following upon the overthrow and near extinction of that rich social life which was once highly developed through associations of various kinds, there remain virtually only individuals and the State. This is to the great harm of the State itself; for, with a structure of social governance lost, and with the taking over of all the burdens which the wrecked associations once bore, the State has been overwhelmed and crushed by almost infinite tasks and duties.” 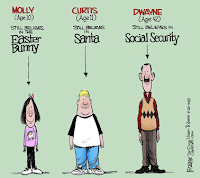 • Let’s talk Social Security. The government deliberately gave the false impression in 1935 that people were paying into a savings account and that they somehow retained ownership of what is paid in. No — the system was designed as a “pay as you go” system, with tax monies (not contributions) paid out to recipients when received from those who paid into the system. Excess collections were loaned to the rest of the government, being replaced by IOUs. Thus, for every dollar paid out of the so-called Trust Fund, the government has to have collected more than two dollars in taxes (the overage to cover admin costs). The lack of ownership of the amounts paid in to Social Security was confirmed in the Supreme Court's decision in Flemming v. Nestor (1960), when the Court upheld Congress's power to adjust benefits up or down at any time for reasonable cause. If you read the fine print, Social Security is not even truly an entitlement, for it can be taken away — bankruptcy would probably be considered a reasonable cause for non-payment of benefits.

• Early this morning we sent an email to Mr. Nigel Farage, a British politician who is pushing for the U.K. to pull out of the European Union.  He believes that the EU is an economic disaster, and having been in actual business as a commodities broker before entering politics, he might actually know what he’s talking about.  We suggested that he visit the CESJ website, especially the sections on Capital Homesteading, and give Dr. Norman Kurland a call if he finds it interesting.  What prompted our sending the email was Mr. Farage’s article in the Irish Times, “Ireland Has Been Crushed By Iron Fist of the EU.”  To put a little icing on the cake, Guy “The Fulton Sheen Guy” sent us the link to a brief clip from one of Mr. Farage’s speeches before the European Parliament, which turns out to be both informative and, in a grim way, entertaining. 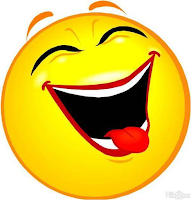 • As of this morning, we have had visitors from 53 different countries and 44 states and provinces in the United States and Canada to this blog over the past two months. Most visitors are from the United States, the United Kingdom, South Africa, Brazil, and Canada. The most popular postings this past week in descending order were “Thomas Hobbes on Private Property,” “The Purpose of Production,” “Strictly Speaking,” ““Lower Forty,” and How Not to Limit Capital.”