The pace of outreach seems to be picking up for CESJ and the Just Third Way.  That’s unusual, with people’s focus on the holidays at this time of year, but we’ve had a virtual repeat of last week’s “banner week” for outreach and contacts.


Now for the news — but first, the commercial, so you can contribute to CESJ at no added cost: 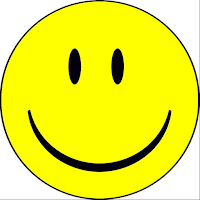 • Amazon Smile program.  Here are the instructions for using the Amazon Smile program, for which Amazon donates 0.5% to the charity of your choice . . . which we hope will be CESJ.  It’s pretty easy, but you have to follow the directions exactly, or CESJ won’t get the donation.  First, go to https://smile.amazon.com/.  Next, sign in to your account.  (If you don’t have an account with Amazon, you can create one by clicking on the tiny little link below the “Sign in using our secure server” button.)  Once you have signed into your account, you need to select CESJ as your charity — and you have to be careful to do it exactly this way: in the space provided for “Or select your own charitable organization” type “Center for Economic and Social Justice Arlington.”  If you type anything else, you will either get no results or more than you want to sift through.  Once you’ve typed (or copied and pasted) “Center for Economic and Social Justice Arlington” into the space provided, hit “Select” — and you will be taken to the Amazon shopping site, all ready to go.  That’s it.  Oh, and be sure to share this information with your friends and neighbors.

•  We are pleased to report that CESJ’s Director of Research, Michael D. Greaney, has been granted a membership in the Center for Study of Great Ideas, “honoris causa” (so to speak).  It has become increasingly evident with the spread of chaos in Academia that something is seriously wrong in the world’s educational systems, and we believe that Mortimer Adler, an associate of Robert Maynard Hutchins (who may have been the last true educational revolutionary in America), had the answer: a return to the Great Ideas as the core of a liberal arts education, getting away from the idea that the goal of going to college is to get a good job (which begs the question as to whether there are any jobs to be had. . . .).  Readers are urged to visit the website of the Center for the Study of the Great Ideas and consider joining in the effort to restore Academia to its roots in Aristotelian-Thomist philosophy and common sense.

• Max Weismann, co-founder with Mortimer Adler of the Center for the Study of the Great Ideas, has indicated he is open to serving as a member of CESJ’s Board of Counselors, CESJ’s advisory board.  This will be discussed at the December Executive Committee meeting prior to extending an invitation.  CESJ Counselor duties are minimal but important.  Counselors lend their names to outreach and fundraising efforts, and open doors.

• We heard this week from the office of Fr. Frank Pavone, founder and National Director of the noted pro-life organization, Priests for Life.  Fr. Pavone, with whom we met at the World Meeting of Families, wants to reconnect.  He mentioned he was particularly interested in the Justice University “Justice Classrooms” concept for restoring some sanity to Academia and teaching sound principles of philosophy at little or no cost to the student.  We also believe that an organization like Priests for Life will find CESJ’s “pro-life economic agenda” a valuable addition to the movement.  We have also been dialoging with Fr. Denis Wilde, Associate Director of Priests for Life.

• Bret Stephens’s “Global View” column in this past Tuesday’s Wall Street Journal, “Radical Parents, Despotic Children,” elicited an email to Mr. Stephens suggesting he might want to talk to Max Weismann of the Center for the Study of the Great Ideas and Norman Kurland of the Center for Economic and Social Justice about the reform of Academia.  Mr. Stephens indicated that he was open to having a dialog on a subject of great concern to everyone.  We will be following up next week.

• Mark Gross, editor and publisher of Truth Be Told, the newsletter of the Dominican Western Lay Province of the United States (we hope we got the name right, but visit the website to be sure — you get to hear the Salve Regina, if nothing else, which is very restful listening, even if you’re not Christian), has been using his contacts and network to open doors for CESJ.  This week he made contact with a Catholic radio show with a national audience to suggest that they interview someone from CESJ about the Just Third Way and the work of social justice.

• A tentative proposal has been put together for an educational and research trip to the Republic of Guinea.  The trip, which was suggested by the Guinean ambassador to the United States, would be for members of the CESJ core group and Justice University team to meet with the president, his cabinet, and key legislators about the potential of the Just Third Way to implement a just and sustainable program of economic and social development that could serve as a model for the world.

• As of this morning, we have had visitors from 52 different countries and 48 states and provinces in the United States and Canada to this blog over the past two months. Most visitors are from the United States, the United Kingdom, Russia, Australia, and Canada. The most popular postings this past week in descending order were “Thomas Hobbes on Private Property,” “Halloween Horror Special XIII: Mean Green Mother from Outer Space,” “Three Key Books on Common Sense, XI: The Awful Apparition of Aristotle,” “Aristotle on Private Property,” and “News from the Network, Vol. 8, No. 47.”