How to Make America Great Again

According to historian Frederick Jackson Turner, the loss of America’s land frontier meant a complete change in the American character as well as the gradual Europeanizing of the United States.  As Turner saw it, the end of “free” land meant the end of democracy as well as the unique American character that made the country great and, as Abraham Lincoln put it, the last, best hope of earth. 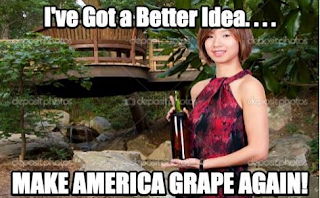 The question now becomes how to make a slick political slogan into something meaningful and (if you’ll pardon the expression) make America great again — or great in the first place, depending on your personal views in the matter.  Nor does it have to be restricted to America.  True greatness of any country consists in how well its institutions promote what Aristotle called “the good life,” that is, people acquiring and developing virtue: “habits of doing good.”
Having given the meaning and purpose of life and the secret of the universe, a program to make America (or anywhere else) great again should be easy (and American) as (apple) pie . . . conveniently ignoring for the sake of the argument that apples aren’t particularly American, but probably developed in or around what is now Kazakhstan in Central Asia, but we digress.
To begin, let’s list the three main elements that inhibited or spurred America’s rather astounding rise to greatness in the first place:
Bad (as in really, really bad): human chattel slavery.  We could go on for a few (thousand) pages how bad slavery is.  Right now we’ll settle for saying it offends against human dignity at the most fundamental level, and prevents or greatly inhibits both slaves and masters from leading the good life of virtue . . . which (as we noted above) is the whole meaning and purpose of life and the secret of the universe.
Bad: One really, really lousy financial system.  What good is a financial system that not only is grossly inadequate for the country as a whole, even in the aggregate, but limits even its inadequacies to the rich, leaving everyone else completely out of the picture?  Face it, the Currency Principle (as opposed to the Banking Principle) is not any way to run a financial system.  Or anything else.
Good with Some Bad: Focus on internal development.  This is good because a country’s first concern should be whether its own citizens are meeting basic wants and needs.  This was bad in the United States because of the way people were increasingly meeting their basic wants and needs: a wage system job.  Wage slavery was replacing chattel slavery as the opportunity to own land or a small business disappeared, and wasn’t being replaced by the opportunity and means to own a small piece of a big business.
We don’t need to talk about chattel slavery.  Okay, we do, just not now or in this discussion.  What we need to focus on today in the here and now is how to fix the system and make America (do we have to keep adding “or anywhere else”?) great again.  That means looking at ways to make people owners of the vast commercial and industrial frontier so that internal economic development can be carried out to the advantage of everyone, not just a socialist or capitalist élite, and take care of the money system at the same time.
Now, keep in mind that the two good things we need to do to fix the two bad/good-with-some-bad things must be done at the same time, not in sequence.  All you accomplish by doing only one is to think you’ve fixed the problem, when all you’ve done is put off the final conflict (boy, that sounds apocalyptic).
And what are the two things?  One, fix the money and credit system, and, Two, end the wage (slave) system.  Fortunately, we can do one by doing the other (or maybe it was doing the other by doing one).
First, and foremost (again, we’re just listing this first, both have to be done at the same time), arrange matters so that (as Pope Leo XIII put it in § 46 of Rerum Novarum), “as many as possible of the people . . . become owners.”
The fact is, as technology advances, it displaces human labor from production.  We mentioned this in the first posting of this brief series, but it’s a good thing to repeat it.  Technology doesn’t create jobs in the aggregate, it destroys them.  Yes, there are “new” jobs created to operate the technology, but (everything else being equal) the net result is a reduction in the amount of human labor to produce marketable goods and services.  That’s the whole reason for adopting machinery in the first place: to produce more at less cost.
And that means that as technology advances, the value of labor relative to technology goes down . . . at the same time that owners of labor need to increase their income to be able to purchase the goods and services available . . . otherwise, demand falls, goods remain unsold, and production goes down, reducing the need for human labor even more.
The solution?  As Louis Kelso noted more than half a century ago in an interview in Life magazine (for you millennials, Life was a magazine. . . and it was printed on "paper" with pictures and everything), if the machine takes your job . . . buy the machine!  That way, you get the income the machine generates, and you now have enough to live on instead of hoping somebody will give you a handout or you’ll save a rich man’s life and he’ll make you his heir in gratitude (it happens all the time in Horatio Alger novels and clones). 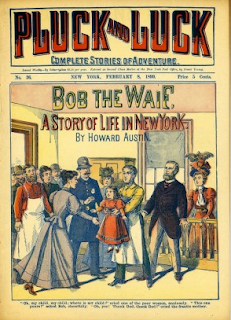 Of course, not all of us can get the chance to save a rich man’s life, and, frankly, there aren’t enough rich men that need saving to go around.  We need to have some way that doesn’t depend on the rich that will enable people who are losing their wage system jobs to the machines can buy the machines . . . but without taking anything from anybody else.  Especially any rich people who might happen to need saving.  You never know. . . .
That leads us directly into Two: fix the financial system.  The way it works now, only the rich who really don’t need the money can borrow money to buy more and more capital.  That’s no help, because all that does is put more and more people out of work.  If the rich really wanted to help, they’d start consuming (spending) more instead of reinvesting it to make even more money that they can’t possibly spend.
And why are the rich the only ones who can borrow money to buy new capital?  Because they stole it from the rest of us?  No, because they have collateral, that is, past savings.
You see, the best way of financing new capital is not to accumulate savings.  All that does is reduce demand and make any new investment that much less likely to be successful.
No, the best way to finance new capital is to promise to repay money out of the future profits of the very new capital being financed that a commercial bank backed up by a central bank creates!  The rich have done this for centuries . . . ever since the founding of the Bank of England in 1694 (actually long before that, but we do need a central bank in there to reduce risk and for a number of other purposes, such as ensuring a uniform and elastic currency).
“All you have to do” (in this case we’re serious, although those words are usually a danger sign) is make certain everybody, that is, every child, woman, and man, has the right to participate in new money creation for financially feasible capital projects on an equal basis with everyone else.
That’s pretty important, because most people in the developed countries have incredible power to create all the money they want . . . for consumption, not for production, and at rather high rates of interest that would make even Shylock blush.  It’s called “consumer credit,” and money is created in the millions, billions, possibly even trillions of dollars worth every day, by buying with credit cards, on account, or any of the other ways invented to get you to part with money you don’t have.
The problem is that most of us ordinary people don’t have the collateral essential to participate in new money creation for capital projects.  That’s why Kelso figured that it would be a good idea to replace traditional forms of collateral with capital credit insurance and reinsurance, buying an insurance policy that would pay off in the event the borrower defaulted on the loan.
And how can this be done?  By turning a contract to repay the purchase of capital out of future profits (called a “bill of exchange”) into money (called “money”) — which is what commercial banks and central banks were invented to do (a different kind of bank lends out past savings; a commercial or central bank actually creates money out of existing assets, usually contracts, i.e., bills of exchange).  In this way the entire financial system can be reformed simply by changing how money is created, and thereby shifting from a money supply backed with government debt, to one back with private sector assets.
There is, of course, much more to this, which can be found in the description of Capital Homesteading on the CESJ website.
#30#
Posted by Michael D. Greaney at 6:00 AM