While the Russian threat to Ukraine should be more on people’s minds — along with all the other threats at the present time — viable and long-term solutions don’t seem to have a place at the table.  Perhaps, however, it’s time to rethink how we approach solving problems, as well as which problems to solve:

• Containing the New Imperial Russia.  In a standard bullying tactic, Russia is claiming that they are being “provoked” by Ukraine and other countries that are objecting to Russia’s massive troop buildup on the Ukrainian border.  In response to the “provocation” of being told by Ukraine that the country doesn’t want to be taken over by Russia, and hoping to instigate more protests so they can claim to be attacked, Russia has announced that it is staging naval maneuvers in many parts of the world.  Russia evidently feels the time is ripe to assert a claim to take over another country that voted democratically to separate from Russia, probably due to the fact of the military and financial weakness of the United States, and the dependency of Europe on Russian oil and natural gas.  The best response to Russia’s paranoid delusions may not be obvious at first, but it would give Putin serious pause.  One, the United States and the European Union should immediately adopt the Economic Democracy Act.  Two, the United States and Europe should immediately initiate a “Manhattan Project” for alternative energy, with primary emphasis on fusion power and hydrogen fuels as well as biodiesel.  Putin would immediately realize the implications of either move by Europe and the United States, while the combination could very easily stop him dead in his tracks. 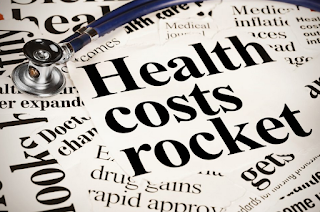 • Healthcare Costs Escalate.  To the surprise of no one who is familiar with what happened to education costs when the federal government started pouring money into education, healthcare costs have been escalating rapidly.  What we’re seeing, in fact, is a combination of cost-push and demand-pull inflation.  By making healthcare presumably available to everyone, demand was increased for a limited supply of healthcare, driving up the cost of what is available.  At the same time, debt-backed government money was provided in massive quantities to subsidize the program.  The result was a double whammy, so to speak, price pressure from both sides increasing costs. 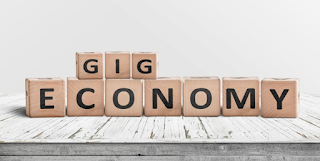 • Rethinking Retirement (Again).  The so-called “gig economy” is taking its toll on workers as people realize how hard it is to save out of current income for future consumption, a.k.a., “retirement.”  The problem, of course, is that in the “gig economy” there is no retirement.  You must keep working because all most people have is Social Security, which is not enough to live on.  Of course, the Economic Democracy Act could conceivably go a long way toward making both the gig economy and retirement from it an attractive option, as well as working because you want to do something, not because you have to do something.

• Even More About Retirement. [https://www.yahoo.com/news/boomers-dont-nearly-enough-retirement-155805148.html]  And — surprise, surprise — we’re being told yet again that the “Baby Boomers” haven’t saved enough for retirement.  Yet another job for the Economic Democracy Act.

• Missouri Legislation.  On Wednesday morning in Jefferson City, Missouri, Eugene Gordon of the Descendants of American Slaves for Economic and Social Justice testified in support of a state senate bill to implement Citizens Land Development Cooperatives in Saint Louis that could serve as a model for the rest of the state and anywhere else in the world.  Despite some administrative and technical glitches, Gene was able to present a brief picture of the Just Third Way paradigm.

• Why Not a March for Justice?  The annual “March for Life” raises some interesting issues.  Roe v. Wade (410 U.S. 113 (1973)) is, in a sense, a stalking horse.  The case that needs to be overturned is the Slaughterhouse Cases (83 U.S. 36 (1873)) which effectively nullified the Fourteenth Amendment, as William Crosskey explained in his book, Politics and the Constitution in the History of the United States.  Chicago, Illinois: University of Chicago Press, 1953.  Disregarding the standard interpretation of Slaughterhouse, Crosskey’s analysis was that in the opinion it rendered, the Supreme Court mis-cited Scott v. Sandford (60 U.S. (19 How.) 393 (1857)) which claimed that natural rights are a grant from the State the same as citizenship.  The Fourteenth Amendment in part overturned Scott, but in Slaughterhouse the Court's opinion was so vaguely worded that it made the Fourteenth Amendment mean anything the Court wanted it to mean.  As Crosskey concluded his analysis: “So, the Court’s opinion in the Slaughter-House Cases was, undoubtedly, most craftily written; written so as to enable the Court, with a good face, in future cases, to jump either way: to observe the intended meaning of the Privileges and Immunities Clause if that seemed unavoidable, or, in the alternative, to destroy the clause utterly if this seemed safe.  And the fact that this elaborate preparation was made also means that the majority Justices saw and fully comprehended the possibility of the intermediate, plain, and sensible meaning of the Privileges and Immunities Clause here expounded, to which, indeed, Justice Bradley called attention, in his dissenting opinion.  So, the majority must, as the minority charged, already have determined, if they dared, to destroy this new provision of the Constitution completely.” (p. 1130)  In other words, the opinion in Slaughterhouse gave the U.S. Supreme Court the power not only to declare any and all acts of Congress unconstitutional at will by changing the meaning of rights and person in the Fourteenth Amendment, but to legislate from the bench and create new law at will.  Going after specific cases such as Roe v. Wade that were decided in light of the Slaughterhouse opinion and the new powers the Court granted to itself by reinterpreting the intent of the framers of the Constitution does not change the underlying problem that makes decisions like Roe not only possible, but probable.

• Blog Readership.  We have had visitors from 38 different countries and 35 states and provinces in the United States and Canada to this blog over the past week. Most visitors are from the United States, Ireland, United Kingdom, Australia, and Sweden.  The most popular postings this past week in descending order were “JTW Podcast: Fulton Sheen on How to Think,” “News from the Network, Vol. 15, No. 02,” “The Problem of Liability,” “The Fatal Omission,” and “The Purpose of Production.”