Another “Snowmageddon” or “Snow Event” is prophesied for the U.S. east coast, so the store shelves should be stripped bare of milk, bread, toilet paper and orange juice, not to mention cheap liquor.  Be that as it may, here are the news items from this week:

• Falling Retail Sales.  Much to no one’s surprise except the politicians and other experts, the drastic rise in inflation (that of course couldn’t possibly be due to printing up trillions of dollars of counterfeit money backed only by the government’s increasingly dubious ability to tax) is causing a sharp drop in consumption across the board.  In Keynesian terms, this is impossible.  There is far from full employment, so of course the rise in the price level isn’t “true inflation” — according to the World’s Greatest Defunct Economist™, true inflation can only occur after reaching full employment . . . of course, Keynes confused cause and effect — but is due to “other factors” (stupid us; we thought a rise in the price level is inflation).  What no one sees is that a restoration of Say’s Law of Markets (Keynes and Marx rejected Say’s Law of course) would do more to restore a sound economy than anything being done now.  Make everyone productive with either capital, labor, or both, and consumption and production will (everything else being equal) always be in balance.  That’s because in Say’s Law, production equals income, therefore, supply generates its own demand, and demand its own supply . . . if you open up democratic access to money and credit through the Economic Democracy Act so that people can purchase capital with future savings and become productive with capital as well as labor. 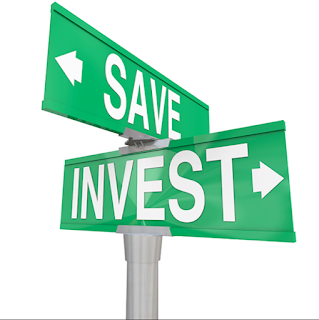 • Savings v. Investment.  Anyone who has taken an economics course knows that “savings = investment.”  That is why the focus of the experts on saving for retirement instead of investing for retirement seems more than a little off-base.  Here’s how it works.  When you save for retirement, it means that somebody else is investing your money.  In the best-case scenario, you invest your own savings in “growth stocks” while you’re working and shift to “income stocks” when you retire.  The general strategy recommended by many advisors and followed by many people is a combination of savings and investment, with the goal of the perfect scenario being that you die without owing or owning a single cent.  The Just Third Way strategy is a bit more realistic, not to say financially sound: first, get rid of the whole concept of “retirement.”  Begin accumulating self-liquidating assets the day you’re born and stop the day you die.  The goal is to accumulate a capital ownership stake sufficient to generate an adequate and secure income sufficient to meet all ordinary (and a few extraordinary) domestic needs, such as food, clothing, shelter, education, health care, and everything else, for your entire life without having to worry whether you’re cutting consumption enough now to be able to survive after you “retire.”  That is the goal of the Economic Democracy Act.

• Church and State.  Reading the daily newspaper, it becomes obvious that accepted forms of organized religion and political arrangements are not meeting people’s needs.  Increasing numbers of people are almost completely alienated from the mainline churches and the current political orders.  How else can you account for what happened at the U.S. Capitol on January 6, 2021, or the massive numbers of people leaving the Catholic Church in Brazil, the world’s largest “Catholic country” (meaning number of Catholics, not an established church)?  What neither the politicos nor the religios (if that’s a word) see is that current forms of politics and religion are not anywhere near their original or traditional forms in many cases, and the leaders in both Church and State have been sending people mixed signals for a couple of centuries, ever since socialism and moral relativism became widespread, and the goal of both Church and State became to create a perfect world in this life as an end in itself.  Completely forgotten was the traditional goal of organized religion and politics: assist people in becoming more fully human, not to mandate desired results and force them on people to impose someone else’s concept of the perfect life in this world.  In an effort to establish a terrestrial paradise, leaders in both Church and State have mixed natural and supernatural elements (did you think that some of those government programs were somehow natural?) to develop what can only be called the Servile State in which as many people as possible are dependent on the government and religion is solely concerned with supporting government efforts.

• Blog Readership.  We have had visitors from 34 different countries and 32 states and provinces in the United States and Canada to this blog over the past week. Most visitors are from the United States, United Kingdom, Ireland, Canada, and Sweden.  The most popular postings this past week in descending order were “News from the Network, Vol. 15, No. 01,” “JTW Podcast: The Bob’s Red Mill ESOP Story,” “Did C.S. Lewis Approve of Socialism?” “More Than an Individual Problem,” and “Making the Best of a Bad Situation.”