Congress and the President are still floundering about the gigantic budget that is getting whittled down day by day as the desperation increases, but nobody has any real answer or alternative . . . except the Just Third Way of Economic Personalism and the Economic Democracy Act:

• Biden’s Big Budget Abated.  President Biden’s big push for the expansion of the Progressive Welfare State far beyond anything seen in the United States keeps getting reduced as economic and political reality keeps putting barriers in the way of achieving the Kingdom of God on Earth the Workers’ and Welfare Recipients’ Paradise.  What no one seems to be considering is the simple fact that if you want to redistribute something, there must first be something to redistribute . . . and if you want something to redistribute, you must first produce it . . . and the best way to produce something is . . . well, to produce it!  And the best way to produce is not to wave a magic wand, pass a law, or print money backed by government debt.  No, the way to produce marketable goods and services is by means of human labor, land and other natural resources, and technology (i.e., tools or capital instruments).  The problem, of course, is that these days advancing technology is displacing human labor at a tremendous rate, and the amount of land is fixed for all practical purposes.  The obvious thing to do, then, would be to make as many as possible of the people capital owners, so that they can produce for themselves and their dependents, and leave redistribution for those who cannot produce for whatever reason.  And the mere money?  That’s the easiest thing of all.  Commercial (mercantile) and central banking were invented to create money exclusively for projects that pay for themselves out of their own future profits — to ensure that a good productive project would not fail or remain undone due to lack of money.  That is why the Economic Democracy Act calls for a complete overhaul of the money and tax system to make it favorable for production and to make everyone a capital owner.

• Rethinking Saving for Retirement v. Investing for Life. Congress is once again looking at ways to help workers save for retirement and encourage people to retain savings in qualified plans.  Currently, participants in most qualified plans are required to take a distribution after an appropriate Break in Service, whether or not they have reached retirement age.  There is a provision in retirement law that permits recipients to “rollover” a distribution into another qualified plan such as an IRA or 401(k), but many people receiving a distribution will often just spend it.  One proposal is to permit Plan Participants to remain in a plan as long as they like . . . which means that, even if no additional contributions go into the Participant’s account, the sponsor (usually the company) still pays the administrative cost for somebody who isn’t even employed at the company, adding to costs without generating revenue.  This also comes up against the need for people to spend the bulk of their income for current consumption instead of investing and reinvesting for retirement.  It’s a Catch-22 situation that can only be resolved if the paradigm shifts from “saving for retirement” by reducing current consumption, to “investing for life” by providing a way that everyone can purchase self-liquidating capital assets that generate an adequate and secure income for current and future consumption needs — the Economic Democracy Act. 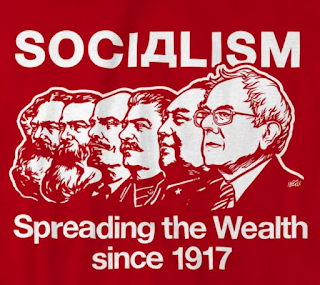 • It’s Do or Die for Socialism — and It’s Completely Unnecessary.  If President Biden really wants to be a unifying force for the United States, he should stop being so divisive by making the socialist agenda the defining theme of his presidency.  It’s almost as if he wants to alienate most of the people in the country permanently instead of finding a way to bring people together.   President Biden seems to be becoming almost desperate as virtually every action could have been dictated by the 2024 Trump campaign.  It’s almost as if he wants Trump to retake the White House.  Yet President Biden could go from Zero to Hero very quickly.  The Economic Democracy Act would turn things completely around within a very short time, and restore not only the U.S. economy, but American prestige as it showed the rest of the world the way to go.  Of course, it would also give moderates and conservatives the ability to resist the progressive agenda . . . and the progressives the ability to resist the moderate and conservative agendas, but that seems to be a small price to pay.

• Blog Readership.  We have had visitors from 30 different countries and 36 states and provinces in the United States and Canada to this blog over the past week. Most visitors are from the United States, Kenya, the United Kingdom, Canada, and India.  The most popular postings this past week in descending order were “Time for a Tax Reality Check,” “The Purpose of Production,” “News from the Network, Vol. 14, No. 42,” “Judgment at Nuremberg,” and “Thomas Hobbes on Private Property.”