In the previous posting on this subject, we noted that as the “free land” of the 1862 Homestead Act ran out, the concentration of wealth accelerated.  This, however, is pretty much built in to the assumption that new capital formation can only be financed by cutting consumption below what is produced. 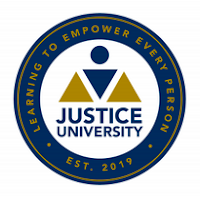 The reasoning is logical, if somewhat limited.  If past reductions in consumption are the only source of financing for new capital formation, there must obviously be a class of persons who can afford to cut consumption and save, and the more technology advances and the more expensive it becomes, the more the wealth must be concentrated.

In any event, we can see the sort of surreal social and financial situations that result from the past savings assumption when we look at the latter half of the nineteenth century.

After three financial panics (those of 1873, 1893, and 1907) and two “Great Depressions,” populist demand for fiscal, monetary, and financial reform resulted in the income tax and the establishment of the Federal Reserve System.  The Federal Reserve was intended to replace the three inelastic, government debt-backed reserve currencies with a single elastic, private sector asset-backed reserve currency.  Instead, it was almost immediately diverted to funding America’s entry into World War I and later the Keynesian New Deal by creating massive quantities of fiat money backed with government debt through a loophole intended to retire money backed with government debt..  Interestingly, Theosophists and Ariosophists took the Panic of 1873 as proof that all Jewish and non-socialist financial systems were anti-human as they promoted capitalism and usury, and stifled or suppressed guilds, family farms, and artisan shops.  (Nicholas Goodrick-Clarke, The Occult Roots of Nazism.  London, UK: Tauris Parke, 2004, 82.)

It could be argued that funding World War I with debt instead of taxes was a matter of political and economic expedience.  No such justification exists for the New Deal.  As Keynes made clear in his Treatise on Money (1930) and General Theory, his goal was the complete transformation of the economic system.

The idea was to shift from a free market economy still characterized at least in the United States by the remnants of small ownership, into an economy controlled by the government through manipulation of the tax and monetary systems.  As Keynes explained,

The State will have to exercise a guiding influence on the propensity to consume partly through its scheme of taxation, partly by fixing the rate of interest, and partly, perhaps, in other ways.  Furthermore, it seems unlikely that the influence of banking policy on the rate of interest will be sufficient by itself to determine an optimum rate of investment.  I conceive, therefore, that a somewhat comprehensive socialisation of investment will prove the only means of securing an approximation to full employment; though this need not exclude all manner of compromises and of devices by which public authority will co-operate with private initiative.  But beyond this no obvious case is made out for a system of State Socialism which would embrace most of the economic life of the community.  It is not the ownership of the instruments of production which it is important for the State to assume.  If the State is able to determine the aggregate amount of resources devoted to augmenting the instruments and the basic rate of reward to those who own them, it will have accomplished all that is necessary. (Keynes, General Theory, op. cit., V.24.iii.)

In other words, as the agrarian socialist Henry George had observed in Progress and Poverty (1879), legal title — private property — is irrelevant if the State can exercise control by receiving the income or determining who may receive that income or in what degree.  The State becomes, in effect, “the universal landlord without calling herself so.” (Henry George, Progress and Poverty.  New York: Robert Schalkenbach Foundation, 1992, 406.)

All of this was ultimately justified — and continues to be so to support such proposals as the Great Reset and similar measures — by the assumption that only past savings can be used to finance new capital formation.  This results in the belief that the quantity of money in an economy determines the level of economic growth and restricts capital ownership as a rule to the already-wealthy.

The only problem is that the assumptions that drove the New Deal and the Great Society, and are behind the Great Reset, etc., do not describe reality, as the following analysis should make evident.  Economics may be a social science, but that does not exempt it from the laws of mathematics.

We begin with a standard tool for analyzing the relationship between money and economic activity.  This is “the Quantity Theory of Money equation,” given in most economics textbooks,

where M is the quantity of money, V is the “velocity” of money (the average number of times each unit of currency is spent in a year), P is the price level, and Q is the number of transactions. (For a more in-depth treatment of the Quantity Theory of Money equation from the standpoint of economic personalism, see Norman G. Kurland, “A New Look at Prices and Money: The Kelsonian Binary Model for Achieving Rapid Growth Without Inflation,” The Journal of Socio-Economics, 30 (2001) 495-515.)

According to the past savings Currency Principle, you can affect V, P and Q by changing or controlling M.  As any high school freshman algebra student should be able to tell you, however, you can change M all you like, but you have no idea what will happen to V, P or Q as a result.

This is because — again, as our hypothetical freshman algebra student can tell us — you cannot solve for three variables (V, P and Q) when you only have one equation.  The result will only be nonsense, as the answer can be anything you want it to be.  This is good news for politicians who want to spend as much money as they can, but very bad news for the rest of us.

The case is different with the future savings Banking Principle.  Using the same Quantity Theory of Money equation, we assume instead of the quantity of money determining economic activity (the Currency Principle), economic activity determines the quantity of money — the Banking Principle.  That is, instead of production deriving from money as Keynes and others have insisted, money derives from production, as Adam Smith and Jean-Baptiste Say claimed.

Suddenly, instead of being confronted with paradoxes and contradictions on every hand, economics and finance begin to make sense.  In mathematical terms, the Quantity Theory of Money equation changes from a baffling puzzle with one known item and three variables in a single equation, to one variable and three known items, which any freshman algebra student should be able to solve with ease.

Under Currency Principle assumptions, then, economic planning is an exercise in futility.  It leads only to chaos as politicians try to force results by manipulating the one thing they should leave strictly alone: the money supply.

Ironically, under Banking Principle assumptions, the great question of the Great Reset and Keynesian monetary and fiscal policy regarding how much money should be in the economy is meaningless.  It becomes a completely irrelevant issue, as does the presumed economic need for a class of rich or über-rich people to provide financing for economic growth.

Because money can only be created under Banking Principle assumptions when there is existing or future production to back it, the quantity of money is self-regulating.  When people need money to initiate a transaction, they create it.  When the money has fulfilled its function, it is automatically cancelled by completing the transaction.