Interestingly, many of the news items — if not all of them — revolve around the issue of money and the fact that few people seem to understand it.  There’s also the problem that people keep putting the cart before the horse and thinking that money creates prosperity instead of the other way around. . . .

• Debt Ceiling Debacle.  Whichever way it goes on the whole debt ceiling debate, it’s a disaster.  Why?  The quick and easy — and misunderstood — answer is, “They don’t understand money.”  The powers-that-be take something called “the Currency Principle” for granted, which means that they think of money and credit as a commodity.  They’re not.  Money and credit (using the singular, as money and credit are simply different aspects of the same thing, cf. Henry Dunning Macleod) are social tools, by means of which people measure what they exchange.  At the most fundamental level, “money” is simply the means or medium by which I exchange what I produce for what you produce, the essence of Say’s Law of Markets.  Thus, the whole idea of making up shortfalls in spending by creating ever-increasing amounts of money is completely wrong headed.  Production (income) doesn’t come from money, money comes from production.

• Cost Cutting.  The other side in the deb debate also goes in the wrong direction.  One thing you’re supposed to learn in accounting is that cost cutting generally is self-defeating.  If you’ve cost costs that you didn’t need to incur, you’re already in trouble.  Cutting those costs means stopping what you shouldn’t have been doing in the first place.  If you start cutting costs of essential things, then you harm your productive capacity and thus your revenue.  Cost cutting doesn’t solve the underlying problem.  What is needed is not cost cutting or funny money creation, but “revenue enhancement.”  That is, if the government wants more money to spend, it had better rebuild the tax base by opening up access to the opportunity and means for everyone to be productive through both labor and capital.  And that doesn’t mean “creating jobs,” but passing the Economic Democracy Act.

• Creation Money Backwards. As a result of thinking that “money” is a special creation of the State (Keynes’s Treatise on Money, 1930), people tend to think that you must have money before you can do anything.  When spending gets too high, then, they automatically think of cutting expenses.  If, however, more money brings about more production, the more money you create, the more production and thus income you will have.  This, however, is what the late Richard Feynman called “Cargo Cult Science,” i.e., create the outward form of something, and you have created the substance.  Thus, since lots of money is a sign of prosperity, then creating lots of money creates prosperity . . . right?  Wrong.  If you want to create prosperity you don’t create a derivative of prosperity (money) but encourage prosperity by making it possible for as many people as possible to be productive.  You create money by lending it for productive purposes, which is what commercial and central banks were invented to do.  You don’t first get a lot of money and then lend it. 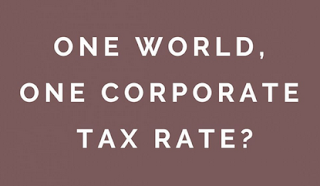 • Global Corporate Tax.  According to reports coming out of the European media, talks on imposing a global corporate tax are advancing.  A few questions come up, such as, “Who has the right to collect a global corporate tax?”  Is some entity claiming sovereignty — and thus the tax right — over the entire world?  Has a world government been formed that somebody forgot to tell us about?  Have Kang and Kodos taken over the world?  And then there’s the issue that corporations don’t really pay taxes.  Their customers do.  When a tax is imposed on a corporation, the cost is added to the corporation’s products and passed on to the consumer.  A better way to handle the matter would be to make all dividends tax-deductible at the corporate level but treated as ordinary taxable income for the recipient of the dividends.  That way prices can stay low(er) and more taxes collected by the State that otherwise would have been out of their reach.  After all, if an American living in the U.S. receives income from China, he or she pays income tax to the U.S. government, even if the entity that paid out the money to the American is totally tax exempt.

• Financing the Future.  If all dividends are paid out to shareholders, however, where do corporations get the money to finance growth?  From selling new shares.  This expands the base of owners in the economy, reduces the burden on government, and rebuilds the tax base. 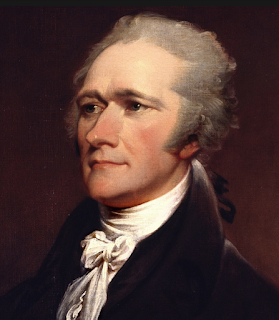 • Alexander Hamilton and Debt.  Alexander Hamilton is on record as having said good things about a national debt.  He’s been egregiously misunderstood.  He did NOT mean that it’s good for government to emit bills of credit, i.e., create money, but that when a government borrows from existing savings, the bonds can be used by commercial banks to back their note issues, thereby increasing the circulating media in the economy.  This was a critical issue in post-colonial America, where cash was scarce and that lack seriously hampered economic growth and development.  It is no longer an issue in a modern economy, and is only an exzcuse for the governments of the world to create funny money.

• Blog Readership.  We have had visitors from 34 different countries and 40 states and provinces in the United States and Canada to this blog over the past week. Most visitors are from the United States, Guatemala, Canada, Kenya, and the Philippines.  The most popular postings this past week in descending order were “How to Sell Out to China,” “The Purpose of Production,” “News from the Network, Vol. 14, No. 40,” “JTW Podcast: The Rise of the Machines,” and “Did C.S. Lewis Approve of Socialism?”