A great deal of outreach was done this past week, with letters, telephone calls, and emails being sent to a number of possible contacts.  It is becoming increasingly clear that without the Just Third Way the world will have a difficult time turning aside from the path it is currently on and establishing a system that will give each person the chance for a more just and humane future.  With that in mind — 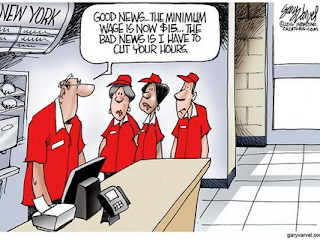 • Arkansas Wants Highest Minimum Wage.  The state of Arkansas recently announced that it wants to have the highest minimum wage in the United States.  From a Just Third Way perspective, it might be better to go for the highest minimum income in the United States, but that would entail widespread ownership, which means sharing power.  One thing the minimum wage does that widespread ownership does not is ensure that whoever has power remains in power, with as many other people dependent on him or her as possible.
• Global Economy Slowing Down?  Today’s Wall Street Journal opined that the global economy was slowing down, although the growth in the United States was masking this for most people.  Of course, when “they” say that the global economy is slowing down or that the U.S. is experiencing economic growth, it means in the aggregate, which in turn means that it isn’t real unless it affects you personally.  Also, despite the numbers, few people realize that the so-called growth in the U.S. has been fueled by government debt instead of private sector future savings, meaning that eventually the U.S. taxpayer will have to pick up the tab. 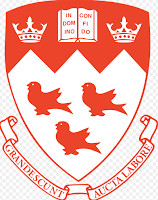 • McGill University Conference.  Norman Kurland’s presentation to a group at McGill University went very well, with participants and audience pleased with the result.  About a dozen or so people tuned in on the internet, and the presentation came across very clear.  During the question and answer period a number of insightful questions were asked which, although they did not demonstrate a complete understanding of the Just Third Way, indicated a willingness to listen and dialogue on the ideas.
• Catholic Internet TV (CITV).  One of the participants tuning in to Norman Kurland’s talk at McGill was Stephen DeVol of Catholic Internet TV, a project of the Catholic Worker Movement.  Steve expressed great interest in having Norm record a session for broadcast on CITV, with the result that a taping is scheduled for next week before Thanksgiving. 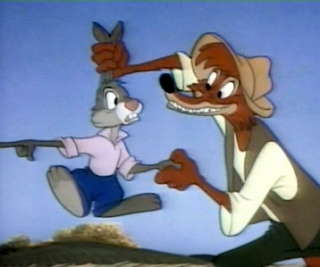 • Please Don’t Throw Me in the Briar Patch Dept. A leading Chinese venture capitalist is threatening to “scale back” investment in the United States.  Kai-Fu Lee, former president of Google China says that if relations continue to deteriorate between China and the U.S., he would begin reducing investment.  That is very welcome news to anyone who understands the science of finance and the dangers of relying on foreign investment capital to run an economy.  The Federal Reserve System was established primarily to provide the U.S. economy with sufficient liquidity to keep the economy running smoothly.  If it were to be used to finance private sector investment instead of monetizing government deficits, there would be no need for foreign investment at all, and the U.S. could start paying down its debt.  By adding Louis Kelso’s “Expanded Ownership Revolution” and turning every child, woman, and man into a capital owner, making dividends tax deductible at the corporate level, paying out all earnings, and financing growth using commercial bank credit backed up by the Federal Reserve (and, of course, forcing government to live within its means by imposing a balanced budget), there would be sufficient consumer demand to establish and maintain full employment.  Further, the U.S. would again become a net exporter as widespread ownership encouraged greater efficiency and profitability.  China threatening to cut back on investment in the U.S.?  Please do.

• Short Instructional Videos.  CESJ is exploring putting together proposals for a number of short videos of three to five minutes in length to explain some of the details of the Big Picture in brief so that people can take the Just Third Way a little bit at a time.  Once we have the proposal fleshed out a little more, we will take it to a number of foundations that give grants for such things.
• CESJ and Just Third Way Publications.  Development of the revived newsletter for CESJ is proceeding apace, while the revision of Capital Homesteading for Every Citizen is still in process.  Three manuscripts on Just Third Way subjects have been submitted to another publisher, with three more in process.  We are currently exploring the possibility of getting a “name” or two to do forewords in order to help with the marketing and sales of these ideas.  The "John Henry Newman and the Act of Social Justice" project is also still in process..
• Shop online and support CESJ’s work! Did you know that by making your purchases through the Amazon Smile program, Amazon will make a contribution to CESJ? Here’s how: First, go to https://smile.amazon.com/.  Next, sign in to your Amazon account.  (If you don’t have an account with Amazon, you can create one by clicking on the tiny little link below the “Sign in using our secure server” button.)  Once you have signed into your account, you need to select CESJ as your charity — and you have to be careful to do it exactly this way: in the space provided for “Or select your own charitable organization” type “Center for Economic and Social Justice Arlington.”  If you type anything else, you will either get no results or more than you want to sift through.  Once you’ve typed (or copied and pasted) “Center for Economic and Social Justice Arlington” into the space provided, hit “Select” — and you will be taken to the Amazon shopping site, all ready to go.
• Blog Readership.  We have had visitors from 40 different countries and 47 states and provinces in the United States and Canada to this blog over the past week. Most visitors are from the United States, Iraq, Jamaica, India, and the United Kingdom.  The most popular postings this past week in descending order were “Christianity versus the Democratic Religion,” “Why NOT Capitalism?” “Financing Made Easy(er),” “News from the Network, Vol. 11, No. 45,” and “Thomas Hobbes on Private Property.”
Those are the happenings for this week, at least those that we know about.  If you have an accomplishment that you think should be listed, send us a note about it at mgreaney [at] cesj [dot] org, and we’ll see that it gets into the next “issue.”  If you have a short (250-400 word) comment on a specific posting, please enter your comments in the blog — do not send them to us to post for you.  All comments are moderated, so we’ll see it before it goes up.
#30#
Posted by Michael D. Greaney at 2:58 PM