Every once in a while we get a question about money, credit, banking, and finance that allows us to give a very brief refresher course on some basic principles that, nevertheless, are hard to hold in your head if you aren’t using them every day.  As our correspondent queried, 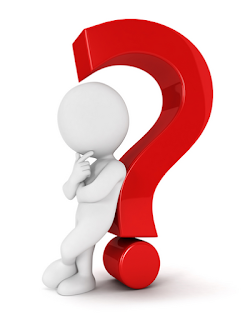 Doesn’t CESJ say that nothing needs to be done to change the law to effect instituting a bank to finance infrastructure and similar capital projects?  Some people with whom I discussed this the other day said that while the law allows this, Congress would have to replenish the bank or something to that effect to get money into it.
Could you clarify that for me, please?  Would anything have to be done for the regional Federal Reserve Banks, to start making loans for infrastructure projects now?
The quick and easy answer is no, the Federal Reserve Act as written and as still in effect gives every regional Federal Reserve Bank the power to (re)discount loan paper from member banks and engage in “open market operations” to purchase securities representing private sector hard assets.  Nothing more is needed — legally, that is.  Politically is another matter.
By the way, just for informational and educational purposes, “open market operations” were never intended to be a way of monetizing government deficits.  Nope.  No way.  The whole idea of prohibiting the Federal Reserve from dealing in “primary” government securities (buying securities directly from the Treasury) was to prevent that very thing from happening.
Permission to deal in secondary government securities — i.e., government securities that were already sold by the Treasury to somebody else and are thus “on the open market” — was given in order to eliminate that part of the money supply backed by government debt, not increase it.  In order to do so, the Federal Reserve had to be able to purchase existing government debt, and then hold it until the government redeemed it and retired the debt.  The Federal Reserve could then replace that part of the money supply backed with government debt with money backed by private sector assets. 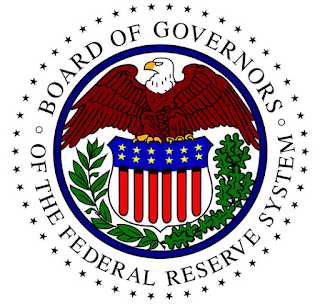 Be that as it may, the Federal Reserve Act from the beginning has enabled and empowered a citizen-owned public utility or cooperative to obtain all the funding necessary to upgrade and expand capacity in a sound and financially feasible manner.  Money for these purposes can be created as needed through the commercial banking system (which includes cooperative banks) backed up by the twelve regional Federal Reserve Banks.
The method of financing is “classic banking theory.”  A business or enterprise needing financing presents a “bill of exchange” to a commercial bank.  When the bill is approved and accepted (“discounted”), the bank issues a promissory note which it uses to back a new demand deposit.  The bill of exchange can then be sold (“rediscounted”) to the local regional Federal Reserve Bank.
The business or enterprise upgrades or expands its capacity and begins making a profit.  It then repays the bank’s promissory note with pre-tax dollars, redeeming its original bill of exchange that the bank buys back from the Federal Reserve.  The money supply expands and contracts as needed.
In this way there is always enough investment funds available in the economy because the money is created as needed by the process of investment itself.  Qualifications for this type of “pure credit” financing would be: 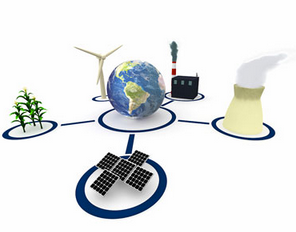 ·      An energy company is broadly or cooperatively owned.
·      It wants to invest in proven advanced energy technology, e.g., solar energy production and storage systems.
·      The cost to the consumer-owners is below that of fossil-based energy systems.
·      Sufficient profits will be generated within a reasonable period of time to redeem the bills of exchange by means of which the expansion or upgrade was financed.
Obviously, this financing technique can be applied in any case where there is a reasonable expectation that the investment will pay for itself within a reasonable period of time.  Adding to the feasibility, such projects should be given the same favorable tax treatment as the 100% S-Corp ESOP.
To eliminate the need for traditional forms of collateral and reduce the costs of financing, Capital credit insurance might be required as a charge in addition to bank administrative fees as part of the  borrowed principal.
Thus, there is no need for Congress to issue more debt to finance rebuilding infrastructure or anything else.  It is, in fact, better if it does not.  Although today it is called “Modern Monetary Theory,” backing money with government debt instead of existing wealth or productive assets used to have another name: usury.  And usury, while it can sometimes be permitted, is rarely truly justified, and never optimal, even if it gets a person, a company, or a nation out of a temporary difficulty.
#30#
Posted by Michael D. Greaney at 6:00 AM