Today we look at the fourth pillar of a just market economy, expanded capital ownership.  Father Pesch did not specifically list widespread ownership as a pillar in his system of solidarity, but — as we will demonstrate — it is necessarily implied in his third pillar, “private property.” 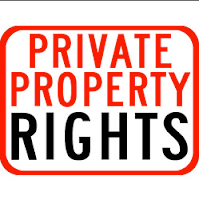 Why?  Because “property” is actually two things, both of which can be meant by the single word.  Unfortunately, that leaves a lot of room for misunderstanding, especially when people confuse the thing owned with the rights of ownership, or fail to distinguish between the right to be an owner from the bundle of rights that define what an owner may legitimately do with what is owned.  Father Pesch included both of these meanings under a single pillar.  Having lawyers help draw up the four pillars of a just market economy, CESJ separates them.
Putting the cart before the horse in a sense, we already covered what an owner may do with what is owned.  This was yesterday, under “restoration of the rights of private property,” also known as the “universal destination of all goods,” which (as we noted yesterday) is probably a really bad way of putting it, as it kind of sounds like socialism.  No, it just means that “use” (i.e., the exercise of the rights of property) should always be in accordance with the demands of the common good of all humanity, and the requirement not to do harm to others or the common good.