By coincidence, the name of William Winslow Crosskey came up a number of times this week in discussions at CESJ.  Crosskey, who taught constitutional law at the University of Chicago law school, was probably the premier constitutional scholar of the twentieth century.  Paradoxically, hardly anyone remembers him today.  Perhaps this is because his book, the two-volume (with a posthumous third) Politics and the Constitution in the History of the United States (1953) is not exactly “lite” reading, or it could be that, in common with Mortimer Adler, people are not drawn to thinkers who make them think.  There are, however, signs that things might be changing: 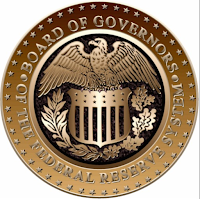 • Individual prepublication copies of Easter Witness: From Broken Dream To A New Vision For Ireland (official publication/release date is April 24, 2016) are now available on Amazon, and should soon be up on Barnes and Noble.  Bulk orders for the first printing can also be placed now; we’re accepting them on a case-by-case basis . . . meaning until the official release date you can only purchase books by the case and not sell or otherwise distribute them until noon on April 24, 2016.  There are 26 to a case, and non-institutional/non-vendor purchasers get a 20% discount off the $20 cover price on wholesale lots ($416/case).  Shipping is extra.  Send enquiries to publications@cesj.org.  An additional discount may be available for institutions such as schools, clubs, and other organizations as well as retailers.

• Dr. Norman Kurland had an important hour-long conversation with the dean of one of the world’s leading law schools this week.  It turns out that the dean is a strong advocate of the revival of the work of William Winslow Crosskey (1894-1968), who (not Scalia) seems to be the “patron saint” of “originalism” according to some commentators.  As one authority noted, “I count Crosskey as one of the greatest legal scholars of the last fifty years. Around 1953, I met John W. Davis, for whom Crosskey had clerked on Wall Street when he was a young man. Davis told me – and I agree with him – that Crosskey’s brain was the best piece of legal equipment he had ever encountered. Years later, in reflecting on Crosskey’s life and work, I came to the realization that I admired him not only for the remarkable books he had written, but particularly because of his moral courage. He persisted in his work, notwithstanding a torrent of criticism, because he believed he was right. Crosskey was a great man.”  Not by coincidence, Crosskey’s view of constitutional law was integrated into Easter Witness, although he is cited only in the bibliography (we cut out a lot of text).

• As of this morning, we have had visitors from 49 different countries and 52 states and provinces in the United States and Canada to this blog over the past two months. Most visitors are from the United States, Canada, the United Kingdom, Australia, and India. The most popular postings this past week in descending order were “Thomas Hobbes on Private Property,” “Aristotle on Private Property,” “A Field Guide for Heroes,” “Are Rights for Everyone?” and “The Crisis That Need Not Be, I: A System Designed to Fail.”