One of the things that strikes readers of Saint Thomas Aquinas: The “Dumb Ox” is Chesterton’s mildness toward, even respect for, those whom he regarded as Traditionalists and social conservatives.  Chesterton himself had a great respect for both human tradition and Sacred Tradition.  He couldn’t be too hard on reactionaries who exaggerated things and confused the two.

“Stephen Tempier, the Bishop of Paris, was apparently a rather fine specimen of the old fanatical Churchman, who thought that admiring Aristotle was a weakness likely to be followed by adoring Apollo.  He was also, by a piece of bad luck, one of the old social conservatives, who had intensely resented the popular revolution of the Preaching Friars.  But he was an honest man; and Thomas Aquinas never asked for anything but permission to address honest men.”  (Chesterton, The Dumb Ox, op. cit., 86.)

Chesterton carried this mildness over into his criticisms of capitalism.  Capitalism, while it distorts truth, does not abolish it.  In The Dumb Ox he noted the “nonsense” of attempting to combat the great evil of socialism with the flawed weapon of capitalism.  It was thus not the honesty of such people Chesterton called into question, but the effectiveness of their methods and the soundness of their paradigm.

Socialism, however, doesn’t merely distort truth, but attempts to overthrow it.  Chesterton did not regard it with anything other than loathing.  In common with St. Francis who loved men but had no use for mankind, and Pope Francis in our day, Chesterton often had a great liking for friends who were socialists, theosophists (although in general turned off by their “shiny pebbly eyes and patient smiles”), and even some who were not only bad Christians, but very bad human beings.  That did not mean, however, he had any liking at all for socialism, theosophy, or sin.

Where capitalism distorts the natural law by limiting its application to an élite and exaggerating its exercise by a few, socialism’s chief error lies in the presumption that the abstraction of the collective — a human creation — has God-given natural rights that individuals do not have.  This is most obvious in what Pope Leo XIII, Karl Marx, and others agreed is the chief tenet of socialism: the abolition of private property in capital.

Similarly, Chesterton despised those whom he called “Manichees” and “Moderns” as inherently dishonest.  Immediately following his statement about the honesty of the social conservative and reactionary Tempier in the passage quoted above, Chesterton went on to say, as if in extenuation of Tempier’s suspicion of Aristotle and the Friars,

“All around him [Aquinas] there were other Aristotelian revolutionaries of a much more dubious sort.  There was Siger, the sophist from Brabant, who learned all his Aristotelianism from the Arabs; and had an ingenious theory about how an Arabian agnostic could also be a Christian.”  (Ibid., 86.)

And, yet, why this automatic assumption of dishonesty?  Because Manichaeism, like socialism, is based “on a theory of human society peculiar to itself and irreconcilable with true Christianity.”  (Quadragesimo Anno, § 120.)  That is, like socialism, Manichaeism assumes moral relativism (the triumph of the will over the intellect, of faith over reason, or of opinion over knowledge) as a given.

Chesterton therefore saw socialism and fake Eastern Religions derived from theosophy — the essence of Fabian socialism and New Age thought — as the real enemy: “[H]e who will not climb the mountain of Christ does indeed fall into the abyss of Buddha” (Chesterton, The Dumb Ox, op. cit., 115) — something of which today’s rather flabby New Age syncretists who speak of Buddhists and Christians sharing the same philosophy seem blithely unaware.  Short cuts to Paradise or Enlightenment usually end up in Hell or ignorance.  As Chesterton explained,

“What is called the Manichean philosophy has had many forms; indeed it has attacked what is immortal and immutable with a very curious kind of immortal mutability.  It is like the legend of the magician who turns himself into a snake or a cloud; and the whole has that nameless note of irresponsibility, which belongs to much of the metaphysics and morals of Asia, from which the Manichean mystery came.”  (Ibid., 106.)

To make it perfectly clear that he was drawing a direct parallel between the Manichean madness of the Middle Ages, and the Fabian socialism that has captured much of modern thought since the late nineteenth century, Chesterton became quite explicit.  As he said,

“Two points were always put by those suspicious of the Aristotelianism of Aquinas; and they sound to us now very quaint and comic, taken together.  One was the view that the stars are personal beings, governing our lives; the other the great general theory that men have one mind between them; a view obviously opposed to immortality; that is, to individuality.  Both linger among the Moderns; so strong is still the tyranny of the Ancients.  Astrology sprawls over the Sunday papers, and the other doctrine has its hundredth form in what is called Communism; or the Soul of the Hive.”  (Ibid., 79.)

We’ve seen this before, in the beginning of this series.  In larger terms, it can be called the great issue of the twentieth (and now the twenty-first) century.  In even larger terms, of course, it is simply another episode in the eternal struggle between an artificially separated reason-knowledge-intellect, and faith-opinion-will.  Astrology is just the most common manifestation of the New Age, as it came to be called, and Communism the most obvious example of the idea that the collective — “the Soul of the Hive” — somehow as a human creation, an abstraction, has primacy over human beings created by God in His own image and likeness.

This conflict is so visceral and so fundamental to human existence that it even intruded into what is for Christians the pivotal moment in God/man relations: the Agony in the Garden.  That is, is personal will, or that of God, to be the focus and the center? 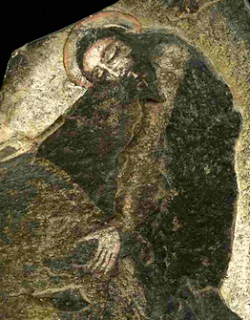 In His agony, Jesus Himself as true man, had to commit the ultimate act of both reason and faith by surrendering His human will to the Divine Will of the Father as true God.  This is an act that simply doesn’t make sense, and was not even possible unless Jesus’s rational Divine Intellect/knowledge, not His personal human will/opinion, conformed perfectly to that of the Father.

Whether or not you accept it as historical fact, there may be no more graphic illustration of the primacy of the Intellect over the Will than Jesus saying, “Not my will, but Thine.”  Why else freely surrender your personal will to that of another?

Thus, after his successful defense of the Friars and Aristotle against the Traditionalists and social conservatives, Aquinas faced a far more dangerous adversary in those whom Chesterton called Manichees, and we call Modernists, socialists, and theosophists and New Age devotees.  Of these, the chief was the individual whose honesty Chesterton had already called into question, Siger of Brabant, today revered as a martyr to freedom of inquiry and the relationship between faith and reason . . . in opposition to the thought of Aquinas.

Chesterton put a somewhat different perspective on matters.  As Chesterton put it, in Aquinas’s conflict with the Traditionalists and social conservatives, the Dominican rationalist had clarified the roles of faith and reason, of opinion and knowledge, of will and intellect.  The natural provides a solid foundation for the supernatural, e.g., justice provides the basis of charity. This is so that the supernatural may complete, perfect, and fulfill the natural — but not abolish it.

Faith cannot contradict reason, for natural reason is the foundation of supernatural faith.  There is a unity of the Intellect.  No personal interpretation of the Will of God can possibly contradict what we know by empirical evidence and logical argument.  If there is an apparent contradiction, then there is an error, whether in the evidence, the argument, or the understanding of the Will.

Faith and reason each have their proper roles.  One cannot contradict the other, even though each is properly confined to its own area: reason guides faith, while faith completes and perfects reason.

Yet this reconciliation of faith and reason, so sensible and so clear, was the very thing Siger of Brabant attacked.  As Chesterton related, “And when [Aquinas] had said this, Siger of Brabant got up and said something so horribly like it, and so horribly unlike, that (like Antichrist) he might have deceived the very elect.”  (Chesterton, The Dumb Ox, op. cit., 92.)

“Siger of Brabant said this: the Church must be right theologically, but she can be wrong scientifically.  There are two truths; the truth of the supernatural world, and the truth of the natural world, which contradicts the supernatural world.  While we are being naturalists, we can suppose the Christianity is all nonsense; but then, when we remember that we are Christians, we must admit that Christianity is true even if it is nonsense.  In other words, Siger of Brabant split the human head in two, like the blow in an old legend of battle; and declared that a man has two minds, with one of which he must entirely believe and with the other may utterly disbelieve.”  (Ibid., 92-93.)

Obviously, no one can really accept Siger’s position as Chesterton summarized it, stripped of its rationalizations and rhetoric.  What necessarily happens, as John Paul II pointed out, and which has become increasingly prevalent today, is that fideists reject reason, and rationalists reject faith.  The union of faith and reason, so carefully worked out by Aquinas, is consigned to the trash heap.

That was bad enough, but was at least merely something of an intellectual exercise for Chesterton.  The problem, at least as he seems to have seen it, however, was that this presumably stale, old Medieval debate between the Intellect and the Will had taken on new life in the modern world, especially with the advent of theosophy and socialism, particularly in those peculiar phenomena called Fabian socialism and the New Age.

Adding insult to injury, so to speak, was the fact that Chesterton’s own followers, not to mention the whole drift of Catholic social teaching, had fallen prey to this “Double Mind of Man.”  The problem then became what to do about it.