A while back, say, a century or so, Judge Peter S. Grosscup of the U.S. Seventh Circuit Court of Appeals published an article with the title, “Who Shall Own America?” (American Illustrated Magazine, December 1905).  A few weeks ago the “Mensa Weekly Brainwave” sent around a link to an article in the MIT Technology Review, “Who Will Own the Robots?”.


Now, let’s not get into whether “shall” or “will” is correct.  We’ll leave that to the unemployed English majors.  What we’re concerned with today are the unemployed workers being displaced by robots at an increasing rate.  The English majors can start panicking when computers can write novels as good as today’s usual offerings . . . .

Okay, English majors, you can panic, but our point is still the same: not necessarily who will (or shall), but who should own the instruments producing today’s marketable goods and services?

Thus, it’s good to see that MIT finally asked the question Louis Kelso and Mortimer Adler answered more than half a century ago in their books, The Capitalist Manifesto (1958) and The New Capitalists (1961).  And that is, How are people without existing savings or the ability to restrict consumption to be empowered to purchase the capital that is making their labor redundant and driving down wages?

The answer?  By financing the acquisition of new capital with “future savings.”

Once the capital becomes profitable, a portion of the profits resulting from the sale of the marketable goods and services produced can be used to repay the money, plus a fee for the use of the money.  Repaying the loan cancels the money and takes it out of circulation, while the fee represents revenue for the lender out of which he pays his costs and takes his profit.

Now, we know what you’re going to say, because if you’ve been keeping track, you have a very good question: If all new money is created only to finance new capital, and the loan plus a fee is repaid to the lender, isn’t the amount of money in the economy going to be decreasing all the time?  Aren’t you going to run out of money?

Good point.  The first part of the answer is that if you read that very closely, what we said was that all new money based on future savings should only be used to finance new capital.  We didn’t say a word about new money created based on past savings, that is, on existing inventories of marketable goods and services.

(That raises a question that sometimes bothers us: exactly what is an existing inventory of a service?  A contract to perform a service in the future would fall under future savings, wouldn’t it?  Should we drop the “and services” when referring to past savings?  Or do we construe the entire phrase as if it were one word?  Maybe we should ask the unemployed English majors again.  These are tough questions.  Maybe we should just say “existing inventories,” without saying whether they are goods or services.)

The second part of the answer is that, given a feasible capital project, you always produce more than enough to repay the loan, the fee, and have a profit for yourself after meeting the costs of production to meet your consumption needs.  The money from the future savings, however, is only enough to cover the loan principal — the present value of the amount borrowed, which is how much money was created.  Where does the other money come from? 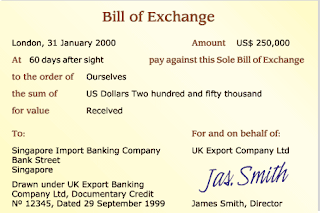 Even more technically, you’re not really creating money when you mortgage something.  Rather, you’re changing from one form of money (inventories for trade) to another form of money (a contract backed by the inventories).  Combining both kinds of money creation — and not allowing any other kind — ensures that the money supply is asset-backed and “elastic,” meaning there is always the right amount of money in the economy.

The big benefit is that shifting from past to future savings as the source for financing new capital formation frees economic growth from the constraints of the past.  Instead of the rate of economic growth being limited by what has been withheld from consumption in the past, it is determined by what can be produced in the future.

With respect to the question, “Who Will Own the Robots?”, it also makes it possible to turn people who otherwise lack the power to become owners of capital because they don’t have the ability to withhold the required amounts from consumption and thereby accumulate past savings.  Capital ownership need no longer be concentrated.

This is why Kelso and Adler subtitled their second book, The New Capitalists, “A Proposal to Free Economic Growth from the Slavery of Savings,” meaning past savings, not future savings. Kelso and Adler’s proposal was based on the work of Dr. Harold G. Moulton, president of the Brookings Institution from 1928 to 1952 presented in his 1935 work refuting the Keynesian New Deal, The Formation of Capital.

By advocating that all new capital formation be financed with new money created backed by the present value of the future increases of production — the inherent feasibility of the capital itself — and repaid (and the money cancelled) out of future profits of the capital, and replacing traditional forms of collateral with capital credit insurance and reinsurance, it is possible for anyone to own capital without redistributing what already belongs to others.  More about this can be found on the website of the Center for Economic and Social Justice (CESJ) under the heading “Capital Homesteading.”