Remember the (alleged) “Chinese curse” — “May you live in interesting times”?  We’re not going to try and do the research to find out if anyone from China ever cursed somebody else in that manner, but it certainly seems to be true in essence . . . as you can see from this week’s news items: 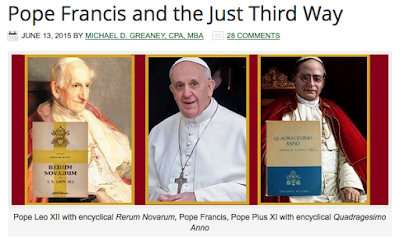 • The CESJ article that appeared last month in Homiletic and Pastoral Review, “Pope Francis and the Just Third Way”, seems to be getting around — around the world, that is.  An economics professor in Israel, Dr. Norman Bailey, former chief economist for international affairs for the National Security Council under President Reagan, will be translating it into Portuguese, and possibly locating someone to do a translation into Hebrew.  A professor who teaches commercial law at the Pontifical Catholic University of Argentina, where Pope Francis was Grand Chancellor before his election to the papacy, has been approached about a Spanish translation.  A CESJ Research Fellow at the University of Louvain in Belgium has been asked about the possibility of a translation into French.  A professor emeritus of social ethics at the University of Notre Dame has been contacted about a German translation.  A CESJ friend in Australia has sent a copy to the Vatican (no doubt Pope Francis will be giving us a call as soon as he gets back from South America. . . .).  CESJ has not gotten this kind of attention for a while — and it was all due to discovering some rather egregious misstatements about CESJ and members of its “core group” made by a noted Catholic commentator, many of which have been quietly withdrawn by the individual, although he failed to correct the misimpressions a number of people have gained about CESJ and the Just Third Way from him over the years.  The editor of Homiletic and Pastoral Review invited CESJ to submit an article correcting some of the commentator’s errors — and the result was, as one reviewer said, an “[e]xcellent article, I’m so glad to finally read something on Catholic Social Teaching that makes logical sense. Thank you!”  As the editor remarked, “Thank goodness you’re on the right side!”

• The Hon. Evo Morales, President of Bolivia, recently attempted to present Pope Francis with a “crucifix” (a Catholic religious statue consisting of a crucified Jesus on a cross) using the communist hammer and sickle emblem instead of a standard cross — calling to mind, as Fulton Sheen said, that Poland in World War II was crucified between two thieves: Nazism and the Soviet Union, or socialism and communism.  Whatever Morales intended, however (and despite the impression given by the major media), Pope Francis was not amused and refused the gift with the comment, “No es bien” (“This is not right”).  Evidently some people have a great deal of difficulty distinguishing the Catholic Church’s “preferential option for the poor” from socialism’s “hatred for the non-poor.”  As Pope St. John Paul II (who personally encouraged CESJ in its work) reminded us, however, “As I have already noted, love for the poor must be preferential, but not exclusive. . . . it was in part because of an approach to the pastoral care of the poor marked by a certain exclusiveness that the pastoral care for the leading sectors of society has been neglected and many people have thus been estranged from the Church.” (Ecclesia in America, § 67.)

• The headline on the front page of this past Monday’s Wall Street Journal pretty much says it all . . . at least, if you’re not much of a talker:  “Beijing Plans Massive Jolt Of Liquidity to Rescue Stocks.”  “Beijing” needs to “rescue stocks” in order to “reverse the country’s worst share selloff in years.”  The plan is (indirectly) to “help investors borrow to buy shares in a market that had already seen a rapid buildup in debt from so-called margin financing.”  There were already demands to ease margin requirements, meaning the percentage of cash a buyer has to put down relative to credit.  Officially, in the State controlled brokerage business, the margin requirement is 33-1/3%, meaning someone can buy $100,000 of equity shares on credit by putting $33,333.33 down “on the margin.”  Unfortunately, many investors and brokers have figured out ways around the margin requirement (i.e., bribing government officials and paying fines with clients’ money), causing margin purchases to balloon into the trillions of dollars.  The experts in China now want to ease margin requirements to stave off a rash of “margin calls” as share prices plummet.  Financial historians, of course, will see a similarity with the events preceding the Crash of 1929, when massive amounts of newly created money were being poured into the stock market, much of it created by the extension of credit for margin purchases as low as 1-3% by commercial banks linked to investment banks, triggering demands for payment when the collateral — the shares themselves — plunged in value. 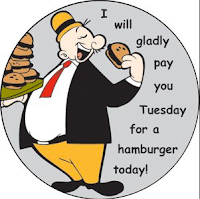 • As predicted and detailed in the current blog series on the Greek debt crisis, Greece is busily trying to make promises they have no ability to keep, and to get the money before having to make the promises.  No one seems to understand that the only way to get out from under massive debt is not to cut expenses, but to increase revenue, or — in terms of Say’s Law of Markets — make it possible for people who are not producing to become productive so they can meet their own consumption needs instead of relying on currency manipulation and direct redistribution through the tax system to take care of matters.

• Jean-Marie Bukuru, the CESJ Research Fellow from Burundi, has just returned from a quick trip to Kentucky to take a look at the possibilities for growing kenaf, a potentially extremely valuable and non-invasive crop that can provide “the Three Fs”: Food, Fuel, and Fiber, and clean up polluted land as well as “scrub” CO2 from the atmosphere.  Jean-Marie is an internationally recognized agricultural engineer who negotiated a multinational water rights agreement for the Nile River Basin and has been a key player in a number of other initiatives.  He was recently interviewed on Voice of America radio for his analysis of the environmental impact of the Burundian refugee situation.

• As of this morning, we have had visitors from 61 different countries and 47 states and provinces in the United States and Canada to this blog over the past two months. Most visitors are from the United States, Canada, the United Kingdom, Kenya, and Australia. The most popular postings this past week were “Halloween Horror Special XIII: Mean Green Mother from Outer Space,” “News from the Network, Vol. 8, No. 26,” “Pope Francis and the Just Third Way,” “Thomas Hobbes on Private Property,” and “Yet More on Property, II: Hudock’s Alleged Errors.”