The stock market is, as usual, booming . . . which is odd, considering just how many people are without both capital and jobs, how big the debt has grown (pushing $134 trillion as of noon today, if you include both “funded” and “unfunded” liabilities), and the way the government insists on spending money it doesn’t have like a drunken sailor on leave.


Of course, the possibility that the surging stock market might be due solely to the massive money creation by the government that is going directly into inflating the prices of existing shares . . . no, couldn’t happen.  We learned that lesson the hard way back in 1929. . . . Didn’t we?  Don’t combine commercial and investment banking, don’t create money that isn’t backed by the present value of hard assets, don’t spend more than you bring in, maintain an elastic, asset-backed reserve currency at all cost . . . obviously, given adherence to these common sense rules, we couldn’t possibly go through that again.

On the other hand, in case we do, here’s what we’re doing to try and give us a way out of the mess:

• CESJ’s latest “Paradigm Paper,” The Political Animal: Economic Justice and the Sovereignty of the Human Person, is now available in bulk.  With the 20% discount applicable to bulk sales (i.e., ten or more copies of a single title), a full case of 50 is $400, plus shipping.  Enquire at “publications [at] cesj [dot] org” for details and cost of shipping bulk/wholesale orders.  Individual copies are available now on Amazon, and should be available soon on Barnes and Noble.  Please note: CESJ does not sell retail.

• Scotland has decided to remain part of the United Kingdom.  While intellectually to some of us it seemed as if there was a good chance it might elect to go it alone, we had a gut feeling that it would not.  Be that as it may, the referendum itself suggests a desire for change that the powers-that-be in Whitehall are not accommodating.  The desire for positive change, however, can still be addressed to the satisfaction of everyone.  Scotland, with “only” a little over 5 million people would be an ideal place for the U.K. to test the Capital Homesteading concept.  Some time back, we advocated something similar, along the lines of the Abraham Federation, for Northern Ireland.  There is no reason it couldn’t be applied to Scotland, then Northern Ireland, Wales, and (of course) England itself once the concept proves feasible.

• Jeanna Casey, Assistant Project Manager for CESJ’s Fulton Sheen Project that resulted in the publication of the Just Third Way Edition of Fulton Sheen’s Freedom Under God last year, has started a new FaceBook group, “Classical Distributism,” “distributism” being the rather loose social philosophy developed by G.K. Chesterton and Hilaire Belloc that advocates widespread capital ownership, with a preference for small, family-owned farms and artisan businesses.  It is a “closed group,” which means you have to apply for membership and be approved by an administrator.  The idea is to “ensure discussion of authentic Social Justice.”  Particularly in light of recent attempts to turn G.K. Chesterton into a mystic New Age guru or Christian prophet, and (contrary to the Catholic Church’s own statement that it endorses no system other than its own) distributism into THE “Catholic system,” Jeanna cautions, “Many in this group are Catholic and Catholic Encyclicals will be discussed.  However, because Catholic social teaching deals only with the natural law (‘certain fundamental rights which innately belong to the person’ and are discernible by the force and light of human reason alone [Humani Generis, § 2]), the ideas presented here appeal to humanity as a whole and we welcome people from all walks of life who are interested in pursuing reason and the natural law.”

• Computer financial advising is all the rage now — at least in discussions among financial advisors worried that they can be done out of jobs.  Two points come to mind.  One, if the financial advisors threatened by replacement by the machines owned the machines, they wouldn’t have anything to worry about.  Two, the financial advising programs are geared not to genuine investment, but to speculation, following trends by the microsecond to time buy and sell orders to make money from changes in the value per share, both long and short sales.  True investment requires a somewhat more human touch, taking into account the wants, needs, and ethics of the investor, and presenting him or her with advice and choice, not a fait accompli.  Once we have a Capital Homestead Act, the speculators can have their computer programs.  The human financial advisors will be desperately needed for their expertise and advice among the millions of Americans purchasing newly issued shares for the first time, and who don’t have either the time or the resources to “play the market.”  Investing is not a game, but a serious effort to become productive through capital ownership as well as ownership of labor.

• In the “Everything Not Forbidden Is Compulsory” department, we came across an editorial in today’s Wall Street Journal, highlighting the hypocrisy of the U.S. Supreme Court’s decision in Christian Legal Society v. Martinez (2010).  The University of California, Hastings College of Law has a policy that official recognition is denied to any student group that does not admit all comers, regardless of belief or anything else.  Thus, because the Christian Legal Society required that all members sign a “Statement of Beliefs” and refrain from proscribed behavior, it was denied official recognition.  The Supreme Court upheld the university.  Thus, if the decision were to be applied consistently, an Alcoholics Anonymous chapter could not turn away someone who proclaimed the glories of drunkenness and who denigrated reliance on a higher power, Weight Watchers would have to permit the attendance of unrepentant gluttons who insisted on bringing brownies to meetings to share, and Jewish groups could be faced with admitting Neo-Nazis who spewed anti-Semitic ravings and refused to refrain from attacking Jews or Judaism. It all sounds just a trifle Hobbesian to us.

• CESJ has been invited to participate in the 11th Annual Public Anthropology Conference on “Violence, Resilience, and Resistance” at American University, Saturday and Sunday, October 4 and 5.  CESJ will have the tactically important first session for its participatory panel discussion on the Just Third Way on Saturday morning.  Parking is free both days.  We didn’t see any mention of a cost to attend (double check on that, because we are not absolutely certain that it’s free), but registration and conference information is available on the website.  Lunch will be provided free both days, but you must register for the conference in order to get the free lunch.

• The CESJ core group is scheduled to meet this coming Wednesday, September 24, 2014, with two members of CESJ’s Board of Counselors, Fr. John Trigilio and Dcn. Joseph Gorini, in Emmitsburg, Maryland.  We expect to get a great deal done in the meeting, especially in light of the need to formulate specific strategies to present the Just Third Way to Pope Francis, whom most of us agree is the only world leader of stature with any coherent and consistent vision for humanity, not just short term expedience to advance narrow national or political interests. 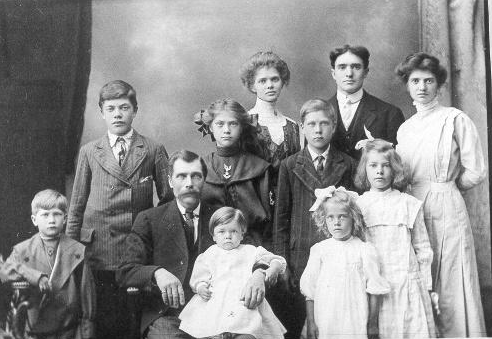 • One of the topics to be discussed at the meeting will be CESJ, CCC, CCVA, and other individuals and organizations joining in solidarity to present a unified, interfaith Just Third Way proposal at the 2015 World Meeting of Families in Philadelphia, Pennsylvania.  We think that an interfaith group with a strong proposal and clear principles stands a very good chance of catching the eye of Pope Francis, assuming that His Holiness attends as planned.  Strategy, tactics, and, of course, funding may be discussed, or a later meeting planned in which to bring together representatives of organizations (e.g., churches, high schools, colleges and universities, clubs, civic organizations) interested in sponsoring, endorsing, or participating in the combined effort — none of which are mutually exclusive, of course.  The effort could include a booth, a reception for speakers, key participants, and the media, and a delegation of participants.  All of this, of course, would rely on the effectiveness of the fundraising for the effort, which could be modeled on the planned fundraiser for the “Campaign for Distributive Justice,” which is being finalized for launch soon, that will combine crowdfunding with outreach to foundations and other organizations.

• Two potential communications student interns from Marymount University in Arlington, Virginia, have been provided with preliminary reading in the form of hard copies of CESJ co-founder Father William Ferree’s pamphlet Introduction to Social Justice.  Particularly in light of the proposed World Meeting of Families initiative (above), the students have been encouraged to schedule their interviews at CESJ at the earliest possible date.

• The short series on the suspension of Fulton J. Sheen’s “cause” for canonization has (as can be seen, below) been very popular.  Why would an interfaith group be interested in such a thing?  Because Sheen was a strong advocate of justice in the tradition of the Just Third Way.  We hope that the suspension will get people interested in looking into Sheen’s intellectual achievements and his social thought, instead of “only” his virtue and spirituality.

• As of this morning, we have had visitors from 60 different countries and 47 states and provinces in the United States and Canada to this blog over the past two months. Most visitors are from the United States, the United Kingdom, Ecuador, Canada, and Australia,. The most popular postings this past week were “Fulton Sheen Suspended . . . Again?, I: What’s the Story?”  “Happy Capital Day!, II: The Capital Question,” “Fulton Sheen Suspended . . . Again?, III: Faith v. Reason . . . Again?” “Aristotle on Private Property,” and “Happy Capital Day!, I: The Theories of Labor.”