Part 2½: What About the Universal Basic Income?

It’s true that no good deed ever goes unpunished . . . sort of.  In the previous two postings on this subject, which we imaginatively called Part I and Part II, respectively, we were asked the burning question whether the Just Third Way of Economic Personalism/Capital Homesteading, etc., could be considered communist. 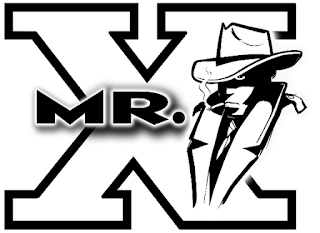 Briefly, our answer was “no,” and less than briefly gave our reasons (or Dawn did, which amounts to the same thing, she being Director of Communications).  We then got back a response, which suggested that Hammond X actually read the response and visited the website.  As our Man of Mystery (name changed to protect the innocent), said, “Wow, that was a great response. Thank you.  I especially like this paragraph/idea”:
Since money is not limited to currency (such as today’s government debt-backed currencies), we can show how existing institutions such as commercial banks, insurance companies and the central bank (such as the Federal Reserve System) can create new asset-backed money loaned out interest-free to every citizen to purchase new shares being sold by companies needing to grow. With capital credit insurance providing an alternative form of “collateral”, these insured loans would be repaid with the future profits (“future savings”) generated by the company’s new assets. In this way you can create new owners (including the poorest of the poor) without destroying the property rights of current owners. This is 180 degrees opposite to Communism.
“What do you guys think of Universal Basic Income?”
Dawn, of course, was equal to the challenge.  As she responded,
*          *          *
Hi, Hammond,
Thanks for the kind comments regarding my response to your question asking whether CESJ’s “Just Third Way” could be called Communism. I hope it was helpful in summarizing why we think that this paradigm (which some now call “Personalism” and “Economic Personalism”) starts from a set of assumptions distinct from those of Capitalism and Socialism/Communism.
Central to the Just Third Way are the dignity and empowerment of each human person, and the structuring of all social institutions to promote equal opportunity and equal access to the means of acquiring and possessing private property rights in productive capital. Key to universalizing the right to the means of acquiring and possessing capital is the Just Third Way’s view of how money and credit should be created, using capital loan insurance as a substitute for “past savings” forms of collateral, and using the future profits (“future savings”) generated by the acquired capital itself to pay off the loans used to purchase those shares of growth capital.
To answer your second question about how we view the idea of “Universal Basic Income” — CESJ views it as a redistributive approach to dealing with the problem of capital instruments increasingly displacing human labor in the production of marketable goods and services.
As such, UBI focuses on the wrong target for insuring that all people throughout their lifetimes will have a livable income in order to meet their basic needs. We start with the proposition that “the purpose of all [economic] production is consumption.” Second, “you can’t consume something that hasn’t been produced” (by yourself or someone else).
Instead of asking how people in the Age of the Robot and Artificial Intelligence will produce and earn enough income to satisfy their economic needs and wants, UBI focuses on redistributing income from those who own corporations and advanced technologies to those who don’t. In other words, UBI never considers universalizing access to capital ownership as a way for most people to produce as owners (in addition to producing with their labor, to whatever extent their labor is needed in the economy).
The political consequences of UBI, in our view, will be to keep the majority of citizens dependent on others, especially the government, for much of their incomes, for most of their lives. UBI does not propose a method of financing with newly created asset-backed money and interest-free capital credit a way of growing a sustainable, green and broadly owned economy. It does not offer a way for every citizen/person to become an independent owner of advancing technologies that could generate levels of income whereby that person could afford to engage in non-economic, creative and spiritual types of work that machines can’t do.
In other words, if the dictum “Own or be owned” is valid, we should be focusing on ensuring that every person has lifetime access to “Universal Basic Ownership.”
We do believe that there should always be a tax- and charity-funded safety net for those who can’t earn a sufficient level of income to meet their basic needs. However, we think that the Just Third Way offers an approach (which in the U.S. we call “Capital Homesteading”) that will gradually decrease the need for welfare and other entitlements.
I hope that answers your question about CESJ’s view on Universal Basic Income. (If not, let me know.) We would really like to engage young people as well as leaders in the UBI movement such as Andrew Yang, to see if they would be willing to consider an alternative that would address their key concerns (technological displacement of labor, and the growing wealth and income gap), but in a more sustainable, cost-effective and economically empowering way for every citizen. We’d love it if you would share our exchanges with others in your social media networks, encourage them to visit the CESJ website and contact us.
Thanks again, Hammond. Again, feel free to contact me/CESJ any time.
#30#