Perhaps the most unusual thing this week from the Just Third Way perspective is how no one seems to be questioning the incredible rise in share values on the stock market that is not linked to any discernible increase in the quantity or quality of marketable goods and services, i.e., “economic growth.”  Instead, the rise in share values is itself taken as “economic growth,” even though shares are not actually marketable goods or services.  Be that as it may, here are the Just Third Way highlights for this week:


• The Just Third Way and EWTN Live.  Although the appearance on EWTN Live was focused mostly on the book Ten Battles Every Catholic Should Know (2018), the last segment of the program did get into the Just Third Way and the message that “If you desire peace, work for justice.”  This was a theme in the book as well, but not as explicit as it might have been had it not been a book on military history!  Unusually, half the studio audience said that the last few minutes of the show were the best and most important, a judgment expressed by a number of others afterwards as well.  This is significant, as in conversations before and after the show CESJ’s “take” on social justice was explained briefly and found a very receptive audience.  That is, social justice does not replace individual justice and charity, but makes it possible for individual justice and charity to function once again.
• Bookmark. While at the studio, a segment of Bookmark, the EWTN book review program was recorded for later broadcast, possibly in September.  After the taping, the producer asked about other books by Michael D. Greaney, or that related to the Just Third Way and the work of CESJ.  A copy of the Just Third Way edition of Fulton Sheen’s Freedom Under God (1940) was left with the producer. 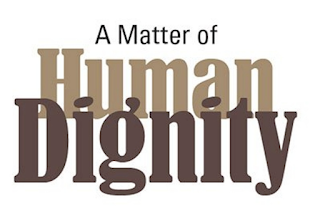 • Dignity, Freedom, and Power.  The manuscript of Dignity, Freedom, and Power is in the final stages of editing.  A number of people at the EWTN studios have expressed interest in receiving copies as soon as it is published.  Although the Just Third Way of Economic Personalism is not (and could not be) any kind of “official Catholic teaching,” it is based on natural law and is therefore consistent with all the major faiths and philosophies that share a basis in the thought of Aristotle.  It therefore has the potential to fill a “hole” that modern Academia has left unfilled with its drift away from liberal arts and into job training. 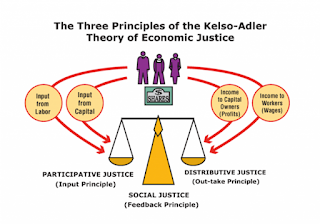 • What Happened to Social Justice.  With the positive reception given to the brief comments that were made about the Just Third Way of Economic Personalism it is evident that CESJ’s work has the potential to fill a deep-seated need on the part of many people for “social teaching” or a social philosophy that makes sense.  How matters got into the shape they’re in is the subject of a book that has been long in the works but is nearing completion, What Happened to Social Justice, that goes into much more detail on the material presented in Dignity, Freedom, and Power, and gives the historical background essential to understanding the present day. 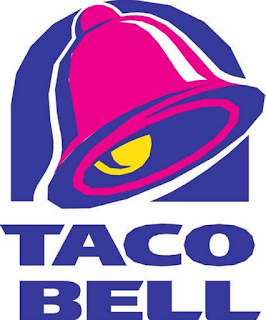 • What’s Wrong With the Whole Enchilada?  Taco Bell, the fast food restaurant chain, is increasing its fixed wage and benefits package in an effort to enhance financial performance and satisfy the rising demand for an increase in the minimum wage, an effort that has focused on typically lower-paid workers in the fast food industry.  That’s nice, but there might be a few flaws in the program.  For example, raising fixed costs means lower profit margins unless you also raise prices to the consumer . . . which means that your products are less competitive with anyone who doesn’t raise prices.  It also puts the cart before the horse.  After all, if you reward someone in advance for something that might not even happen, it becomes even less likely to happen!  Both flaws could easily be avoided by rewarding workers out of profits.  It would not be necessary to raise costs, for as the late Walter Reuther pointed out, profits are calculated after costs are taken out.  Plus, when workers know that if they don’t do well they don’t get the profits, they tend to work harder to ensure that profits are there.  Instead of asking for pollo feed, then, the workers should demand ownership and the rights of ownership, such as profits. 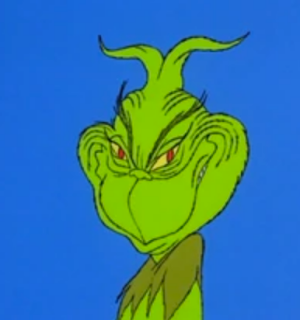 • Shop online and support CESJ’s work! Did you know that by making your purchases through the Amazon Smile program, Amazon will make a contribution to CESJ? Here’s how: First, go to https://smile.amazon.com/.  Next, sign in to your Amazon account.  (If you don’t have an account with Amazon, you can create one by clicking on the tiny little link below the “Sign in using our secure server” button.)  Once you have signed into your account, you need to select CESJ as your charity — and you have to be careful to do it exactly this way: in the space provided for “Or select your own charitable organization” type “Center for Economic and Social Justice Arlington.”  If you type anything else, you will either get no results or more than you want to sift through.  Once you’ve typed (or copied and pasted) “Center for Economic and Social Justice Arlington” into the space provided, hit “Select” — and you will be taken to the Amazon shopping site, all ready to go.
• Blog Readership.  We have had visitors from 34 different countries and 40 states and provinces in the United States and Canada to this blog over the past week. Most visitors are from the United States, Canada, the United Kingdom, the Philippines, and Argentina.  The most popular postings this past week in descending order were “EWTN Live and Ten Battles Everyone Should Know,” “News from the Network, Vol. 13, No. 1,” “Rethinking Saving for Retirement,” “Norman Kurland on the Harold Channer Show,” and “The Idea of Leisure Work.”
Those are the happenings for this week, at least those that we know about.  If you have an accomplishment that you think should be listed, send us a note about it at mgreaney [at] cesj [dot] org, and we’ll see that it gets into the next “issue.”  Due to imprudent language on the part of some commentators, we removed temptation and disabled comments.
#30#