This past Saturday several key people in the Biafran diaspora formed a Government in Exile.  This was not a publicity stunt, but a means of helping to bring the ongoing plight of oppressed groups in Nigeria to the attention of the world and to establish the foundations of a more just social order not just for Biafra, but for all people of the world. 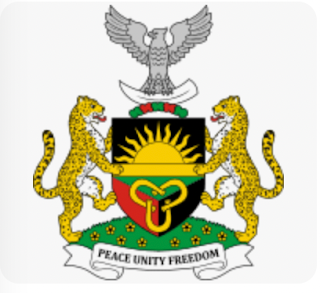 It does, however, raise a question: why does government exist?  Why should anyone bother with something that increasingly in the modern world seems to exist solely to oppress most people for the benefit of the few?  Even the widely touted “Great Reset,” although presented as a way of making the world work for everyone, on close examination is a way of keeping most people under the direct control of a wealthy and powerful elite.  Why bother with government at all, then?

As we explain in The Greater Reset, “man is by nature a political animal,” as Aristotle put it in The Politics.  That means human persons normally grow and develop — “become more fully human” or virtuous (that’s what “virtue” means) — within a consciously structured social order, the pólis, hence, “political.”  Other animals are social, but their social forms always take the same basic shape.  Only human beings design a virtually infinite number of forms and shapes of society, depending on wants, needs conditions, and sometimes even whim.

The bottom line here is that “society” is made by man for man, not just for an elite, and the State or social order is made by man for man, not the other way around.  The State is at the service of human persons, human persons are not at the service of the State, at least not in the sense that the State is supreme (the fact of society demands conformity to its just laws and customs and sometimes even to its unjust laws and customs until they can be changed through acts of social justice).

It necessarily follows, then, that if a particular government does not meet the needs of the people, then it must be reformed.  If the government is used as a means of controlling, even abusing one group of people for the benefit of another, it may be necessary to change the government completely or separate from it.

That is the case of Biafra today.  Nigeria, an artificial construction was put together by Great Britain’s Asquith government in 1914.  That was the same year the same government laid the groundwork for the partition of Ireland and the creation of the statelet out of gerrymandered counties in the north of the country.  Irish “Home Rule” was then delayed until the end of World War I . . . whereupon “Unionists” in the North threatened to separate from Great Britain unless they were allowed to remain part of Great Britain (don’t try to figure it out).  Nigeria was a “temporary” arrangement scheduled to end in 2014, which was conveniently ignored at the time and is completely forgotten today. 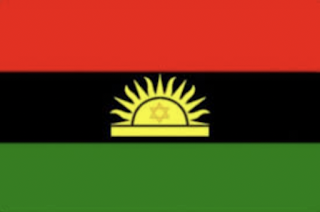 Given the oppression (to put it mildly) of certain groups in Nigeria by other groups, and the refusal to negotiate a fair and just settlement, there is good justification for the proposal to create a new country from the people and territory that have been subjected to genocide and ongoing terrorism by the majority.  To do otherwise is to acquiesce in a system in which a significant minority of the people are inhibited or prevented from realizing their fullest human potential, and the justification for the government that permits this may fairly be described as illegitimate, especially since it has resisted all efforts at reform. 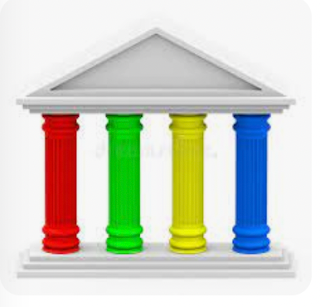 We think there are five essential elements to a just and personalist social order.  Going in a sort of numerical progression, these are:

We won’t go into these in any depth, just list them with a brief descripion.  For a more detailed analysis, see Economic Personalism: Property, Power and Justice for Every Person by Michael D. Greaney and Dawn K. Brohawn, available as a free download from the website of the interfaith Center for Economic and Social Justice, as well as in hardcopy from Amazon and Barnes and Noble.

Private Property.  Surprising many people, “property” is not the thing owned, but the natural right to be an owner inherent in every human being, and the socially determined and necessarily limited exercise of the rights of ownership.  In general, in a just society, an owner may do anything with what he or she owns, as long as there is no harm done to the owner, other individuals and groups, or the common good as a whole.

Binary Economics.  Although most economics textbooks claim to recognize three, five, or more factors of production, the prevailing economic theory that rules the world right now — Keynesian economics — recognizes only one: human labor, at least for most people.  That being the case, in order to have income, one must have a job . . . which becomes problematical when advancing technology displaces human labor from production.

The answer of Louis Kelso was that if advancing technology is taking people’s jobs, then people should own technology in addition to human labor, thereby empowering them to derive income from either labor, capital, or both, hence, “binary” economics.

Three Principles of Economic Justice.  The Three principles of Economic Justice are Participation, Distribution, and Social Justice.  Everyone has the right to participate in the economic process as both an owner of labor and of capital, to receive distributions of the results of production in direct proportion to the economic value of their inputs, and to organize to correct the situation when people are prevented from participating or distributions are not made in accordance with justice. 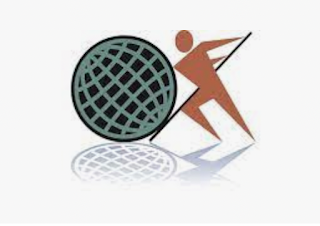 Four Pillars of a Just Market Economy.  These “Four Pillars” are 1) A limited economic role for the State, 2) Free and open markets, 3) Restoration of the rights of private property, and 4) Widespread capital ownership.

Five Levers of Change.  The Five Levers of Change are 1) Education, 2) Politics, 3) Money and Credit, 4) Tax Policy and 5) Technology.  Of these, perhaps the linchpin is money and credit, for money is the principal means by which people acquire and possess private property in capital, and power naturally and necessarily follows property.  Power is essential both to economic life and a life of virtue, for power means the ability for doing, and unless one “does,” then one cannot build habits of doing good, that is, virtue.

And that brings us full circle.  Why have a social order if it is not going to assist people in becoming virtuous, and you cannot have a just social order without a sane monetary system . . . which is the one thing no country on Earth has at the present time.