Ukraine and the Types of Banks 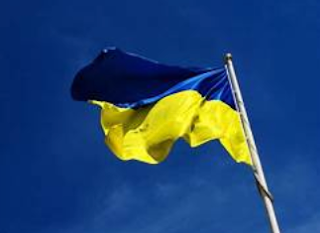 We may have remarked once or twice that we like to get questions, as answering them sometimes writes our next blog posting.  It’s particularly nice when the question actually has something to do with what we’ve been discussing . . . although we don’t (usually) give in to the temptation to dismiss a question on the grounds that we find it of no interest, e.g., like the professor who asks for questions, then says impatiently when he or she is asked one, “No, I meant, ‘Are there any intelligent questions?’.”

Thus, when someone asked recently (albeit in a rather convoluted way) whether something like the Vatican Bank could be used to finance the implementation of something like the Economic Democracy Act as a pilot project, our quick and dirty answer was a very reluctant, No.

Why reluctant?  After all, it would be good if organized religions, whether Jewish, Christian, Muslim, or pagan, got behind the Economic Democracy Act.  It would also be great if that support could be leveraged into financing for the rebuilding of Ukraine, which is going to be one of the costliest projects in history, and — to be bluntly frank — the world’s credit is pretty much tapped out right now.  Finding the financing is going to be a serious problem . . . unless it’s done the right way, in conformity with the principles of economic personalism.

So, why can’t the Vatican Bank be used for such a project?  Because it’s the wrong kind of bank for that.  A pilot project for the Economic Democracy Act would need a commercial or mercantile bank or banks connected to a central bank.  One reason we would like to meet with President Zelenskyy is that Ukraine would be ideal for a pilot project once the Russians are tossed out, and Zelenskyy himself took a law and economics degree before he went into acting and then politics, so he may be better prepared to understand economic personalism than any other world leader at this point.

So, why is the Vatican Bank the “wrong type of bank”?  It’s a little complicated.  There are three basic types of banks: 1) Banks of Deposit, 2) Banks of Circulation or Issue (“Issue” is the modern term), and 3) Banks of Discount. 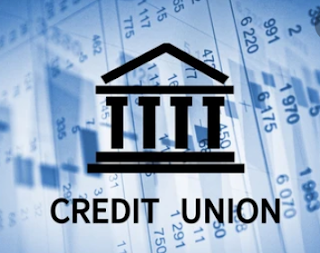 The Vatican Bank is a “Bank of Deposit.”  That means it can only take deposits of already existing money and lend it out or invest it.  Common types of deposit banks are credit unions, savings and loans, and investment banks.

To oversimplify, the Vatican Bank is a giant credit union.  It cannot create money and deals only with past savings, i.e., money backed by the issuer’s past reductions in consumption.  The Vatican does not produce marketable goods and services, so anything other than a bank of deposit would not be consistent with its unique mission.

A Bank of Issue (or of Circulation) also deals only in past savings, but it can create money backed by unconsumed production in the possession of a borrower.  It works this way.  A borrower goes to a bank of issue and “sells” his unconsumed production to the bank in exchange for newly created money.  When the borrower sells the production to others, the loan is repaid, plus interest, and the money cancelled. 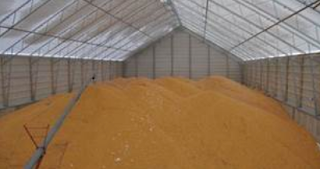 For example, I have a barn full of wheat but need cash to buy seed for my next crop.  I can sell my existing wheat eventually for $10,000, but I need $5,000 right now.  I go to a bank of issue and give them a mortgage on my wheat, and the bank lends me $5,000 at 1% interest per month (to make the calculation easy).  When I sell the wheat for $10,000 in a month, I repay the bank $5,050.  The bank gives me back my mortgage, cancels $5,000 worth of money, and keeps $50 profit. This is not usury, by the way, as the bank is justly due a share of the profits from selling the wheat as it assumed part of the risk of ownership by accepting my mortgage.

If the plan is feasible and the borrower is considered “creditworthy,” the bank accepts or “discounts” a “bill of exchange” and creates new money backed by the present value of the future production.  When the investment generates a profit, the borrower repays the full value of the loan instead of paying interest.  (Caution: most people today use the term “bill of exchange” to refer to “bill of foreign exchange,” meaning a type of bank draft that has nothing to do with future savings, even though the same words are used.)

It is important to note that even though the $100 difference is often called “imputed interest,” it is not really interest at all, but a discount.  The first offer and acceptance of a bill of exchange is called “discounting,” while all subsequent offerings and acceptances of the same bill are called “rediscounting.”  That’s why even though they speak of the “discount window” of a central bank, it almost always is used for rediscounting of qualified loans offered to the central bank by its member commercial banks.

Now it gets complicated!  As far as we know, there are no pure banks of issue or banks of discount in the world today.  Instead, people got smart and combined them into a single institution called a commercial or mercantile bank.  That way, someone didn’t have to go to a separate bank to mortgage his existing production, and another bank to finance his future production. 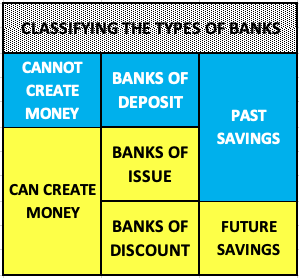 It gets even more complicated because many small towns couldn’t support both a commercial bank and a deposit bank, so commercial banks nowadays also act as deposit banks for individuals.  This can be very dangerous, as was shown by the Crashes of 1929 and 2008 when commercial banks that can create money for production are linked to investment banks that use money for speculation (this also caused the Panic of 1825 that started the modern cycle of boom and bust).

Among other reasons, central banks were invented to ensure that the currency all had the same value and that member banks always had adequate reserves and clearinghouse access.  In short, if the Vatican wanted to promote economic personalism, it could do so only by encouraging other countries to give it serious consideration but could not itself do so unless it established a commercial or central bank, which the Lateran Treaty of 1929 might either explicitly or implicitly prohibits.  It also mixes civil and religious society and their separate functions in inappropriate ways, and there’s been quite enough of that in the world already.

So, the answer to the question whether the Vatican can do such a thing is no, but pretty much everybody else can.