Is Putin an Anomaly? 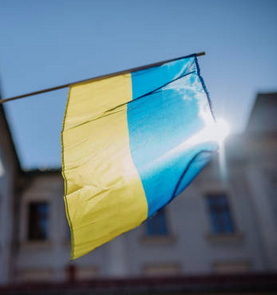 How did Russian president Vladimir Putin gain so much wealth and power that he was able to start a war to carry out a personal vendetta?  Is there something unique and special about him that gives him the ability to manipulate world events on such a vast scale, endangering not only the lives and property of the people of Ukraine, but the very existence of the world itself?  Is his power so great because he is more — or less — than human?  Or is there something else that accounts for his rise and incredible influence on the rest of humanity?
From a Just Third Way perspective, we can categorically state that neither Vladimir Putin, nor any other mere human being that lives, has lived, or ever will live is either more or less human than any other human . . . however much our emotions may try to tell us otherwise.  This is an application of the “first principle of reason,” which in its positive formulation is, “That which is true is as true, and is true in the same way, as everything else that is true.”

Thus, given that Putin is a human being (and he is, whatever else we may think of him), he is as human, and is human in the same way, as every other human.  From a Just Third Way perspective (which is Aristotelian), we necessarily conclude that there is nothing inherent in Putin that allows him to be what he is.  What we call “the analogously complete capacity” (a philosophical term that is very loosely understood as “the same”) resides in all of us, in every single human being, so that every single human being is potentially the worst of sinners or the greatest of saints.  We must look elsewhere for what has given Putin his power.

Again, from a Just Third Way perspective, we trace the source of Putin’s power to two primary causes: 1) the loss of personal power and control over their own lives on the part of most people and the consequent rise of State power as a result of widespread economic disenfranchisement through loss of ownership of the means of production.  2) The rise of the phenomenon of “über wealth,” accumulations of wealth so vast they are unequaled in human history.  Both causes are a direct result of gross misunderstanding of money and credit and egregious misuse of the financial system to benefit the few at the expense of the many.

The fact is, as we show in The Greater Reset, a number of things combined over the past three centuries to undermine the dignity of every human being.  Briefly, this was in large measure due to the combination of what we can call the Financial Revolution, the Industrial Revolution, and the Political Revolution.  Instead of enhancing human dignity as they had the potential to do, these revolutions worked to alienate increasing numbers of people from society and from their fellow man.

The Financial Revolution, while it broke the dependency on past savings to finance new capital, did it in such a way that it only benefitted the already-wealthy.  The Financial Revolution made the Industrial Revolution possible, but — again — only for the benefit of those who were already wealthy.  Consequently, the new machinery displaced non-owning workers from jobs and lowered wages while increasing the income of the already-wealthy.

In a broad way the effects of these developments can be seen in the United States.  In the 1830s, most free citizens owned something or were at least not in competition with advancing technology that lowered wages.  As a result, people felt empowered.  Consequently, as de Tocqueville noted, when problems cropped up, people didn’t wait for someone else to do something, they organized themselves and solved it, or at least dealt with it.  People organized because they had power and wanted to get something done.

Later, as more and more people entered the wage system and became dependent on an employer for their entire income, they still got organized, but now the goal was to gain power so that they would be able to do the job that needed to be done or solve the problem that needed to be solved.  Still later, as government began taking over more and more of the private sector and the control of people’s daily lives, people began to look to the State to solve their problems and even take care of their needs.  When they organized, it was usually to demand that somebody else do something.  This is a great over-simplification, of course, but it does explain why people today in many cases don’t even bother to organize unless for something extremely important, not as a usual thing as de Tocqueville reported in his day. 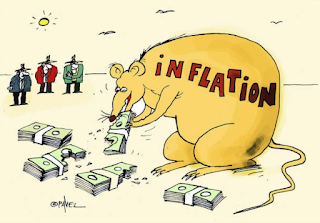 Eventually governments were able in most cases to get rid of any fixed standard for their currencies, thereby allowing them to create as much money as they could get away with.  As this money was based on consumption instead of production, the currently wealthy who controlled production ended up with most, if not all of the new money.

Consequently, where before the amount of money that could be accumulated or even created depended on how much could be produced, the money supplied mushroomed virtually overnight, fueled by how much government could create and spend.  As this was also incredibly inflationary, it accelerated the transfer of wealth from consumers to producers, and in a very short time resulted in the creation of a very few incredibly rich people who controlled production if only because no one else had ready access to the money and credit essential to have broad-based capital ownership.

Is that how Putin became so wealthy?  No.  Putin, who may be the greatest thief in the history of the world, managed to seize political power, impose a dictatorship, and then use his political power to steal one of the greatest fortunes in history.  Keeping in mind that power follows property, and that power corrupts (and absolute power corrupts absolutely), Putin may not be merely the richest man who ever lived, he is also likely the most corrupt.

Is Putin, however, an anomaly?  We have to say, no.  The way the economic, financial, educational and especially the monetary system is arranged today, the only difference between Putin and far too many other people is that he has had the opportunity, the means, and the utter ruthlessness to take advantage of a very flawed system.

So, is the answer to get rid of Putin and anyone like him?  Well . . . we have to get rid of Putin, but only such others like him who have actually done wrong.  As long as someone did not break any human law obtaining his or her wealth and position, rule of law requires that they be secure in their lives, liberty, and property.

The real answer in what to do to keep future Putins from arising once he’s been gotten rid of is to enact the Economic Democracy Act, and thereby build power back into every child, woman, and man.  The answer to concentrated power is not to try and destroy the powerful or abolish power, but to spread it around so that everyone has some.