Some very interesting things have been going on this week . . . not all of them bad! • CESJ’s Bookstore.  Have you visited the CESJ Bookstore yet?  There is a good pre-selection of books, and a rebate for CESJ members (you must be an official member, not just with us in spirit) that applies to verified purchases for verified members . . . once we verify it.  And you have to request it; it’s not automatic, sorry (blame state tax laws for making it complicated; we do NOT make retail sales, you HAVE to go to the bookstore, not us directly, although we do have certain titles available for bulk discounts if you buy direct from us.)  We should mention that some of the books are also available as free download in electronic format, if you feel you can’t afford the cash right now.  If you do buy some books, however, be sure to take advantage of the Amazon “Smile” program, below.  It won’t cost you any more, but it will benefit CESJ.

• The Ups and Downs of Speculation.  This past week’s stock market “crash” and subsequent “recovery” highlight one of the major errors in modern economic thought: the idea that the amount of “money” in the economy determines the level of economic activity.  This justifies all kinds of non-productive activity (stock market speculation, increasing government debt, consumer credit) if the goal is to increase the amount of “money” in the economy, for that means that wealth has increased . . . doesn’t it?  No.  The fact is that the social tool we call “money” derives from wealth.  Wealth doesn’t derive from “money.”  If anyone — whether an individual, business, or government — issues “money” of any kind that is not backed by something of value, he (or it) has committed fraud and theft.  Two hundred years ago it was called issuing or emitting “fictitious bills,” i.e., creating financial instruments that did not represent anything of value, or “counterfeiting.”  Today it’s called “Modern Monetary Theory.”

• Global Outreach.  Much to our astonishment this past week we got a telephone call from a gentleman in Kenya who had seen the videos we’ve been making for Sensus Fidelium (below).  A Catholic, he was concerned that he might be doing wrong by being a “forex” dealer, that is, someone who deals in foreign exchange, essentially speculating in currency — money — as a commodity.  CESJ is NOT a “Catholic” or even religious organization, but the Just Third Way of Economic Personalism is based on the same natural law principles as Catholic social teaching, and we were able to give him an opinion.  In our opinion, dealing in currencies is not evil per se, any more than dealing in anything else that is not evil in and of itself, e.g., there’s a difference between dealing in drugs if you’re a physician or a pharmacist, or if you’re peddling dope on the streets.  The same rules apply to all profitable activity.  Honest profit is good, dishonest profit is evil.  Individuals, businesses, and countries need foreign exchange to carry out transactions.  A forex dealer provides a useful service, as do commercial and central banks that create money for productive purposes.  A rise or fall in the value of the currency is incidental to the reason for the transaction.  What is evil — but not objectively so — is dealing in foreign currencies to profit from the rise and fall in the value of the currencies itself.  That is speculation, a form of usury, which strictly speaking means taking a profit when no profit is due.  Taking a profit is not wrong, but taking a dishonest profit is.  Now it gets complicated.  The global economy is set up to run on usury.  It is in human terms impossible to do virtually anything economic or financial without engaging in usury.  The system operates that way, and you face economic or financial ruin if you go against it, and most people face ruin if they do, anyway!  Hence calls for a “Great Reset” that would make the system even worse.  So we gave a two-part opinion: it’s okay to be a forex dealer in the current system as long as you don’t cheat anyone or try to manipulate the market.  You’re doing wrong, but it’s not wrong in and of itself, but because that’s the way the system is set up.  However, you must organize with others to work to change the system so that the financial and economic system is no longer set up to run on usury.  That’s the work of social justice. 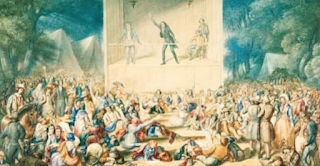 • The “Great Awakening” and Critical Race Theory.  During “the Great Awakening” in New England in the mid-eighteenth century, some radical preachers declared slavery was an abomination, Indians had the same rights as colonists, and women were equal to men.  To quell these revolutionary ideas, Royal officials cynically manufactured “the Great Negro Plot” of 1741 (a.k.a. “The Negro Conspiracy,” “The Great Slave Revolt” or Rebellion, etc.), executing both Black and White suspects on flimsy and contradictory evidence and often mere rumor for allegedly plotting to overthrow society and establish a utopian paradise — “the Kingdom of God on Earth” — in which everyone was equal.  (J.D. Dickey, American Demagogue: The Great Awakening and the Rise and Fall of Populism.  New York: Pegasus Books, 2019, 124-143.)  Three decades later, Royal officials encouraged Indians to fight against the colonists and offered freedom to slaves who left their rebellious masters . . . an offer not extended to slaves owned by loyalists or the British themselves. 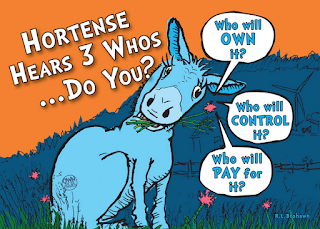 • Sensus Fidelium Videos, Update.  CESJ’s series of videos for Sensus Fidelium are doing very well, with nearly 150,000 views in total.  The latest Sensus Fidelium video is “The Principles of Economic Justice.”  The video is part of the series on the book, Economic Personalism.  The latest completed series on “the Great Reset” can be found on the “Playlist” for the series.  The previous series of sixteen videos on socialism is available by clicking on the link: “Socialism, Modernism, and the New Age,” along with some book reviews and other selected topics.  For “interfaith” presentations to a Catholic audience they’ve proved to be popular, edging up to 150,000 views to date.  They aren’t really “Just Third Way videos,” but they do incorporate a Just Third Way perspective.  You can access the playlist for the entire series  The point of the videos is to explain how socialism and socialist assumptions got such a stranglehold on the understanding of the role of the State and thus the interpretation of Catholic social teaching, and even the way non-Catholics and even non-Christians understand the roles of Church, State, and Family, and the human person’s place in society.

• Blog Readership.  We have had visitors from 26 different countries and 37 states and provinces in the United States and Canada to this blog over the past week. Most visitors are from the United States, India, Kenya, Canada, and the Netherlands.  The most popular postings this past week in descending order were “The Purpose of Production,” “The Reality of the Human Person,” “What is ‘The Gift of Self’?” “News from the Network, Vol. 14, No. 28,”  and “The Source of Power.”