Attention, all Savoyards and admirers of the Bard of Avon.  Be careful how you quote or even if you quote.  The degree of cultural illiteracy in the world is rising faster than the mercury in Death Valley at noon in summer.  You also might want to be wary of reading books like Huckleberry Finn, Brideshead Revisited, Tarzan of the Apes, Gone With the Wind, or anything that mentions You-Know-Who or You-Know-What, so whatever you say, say nothing: 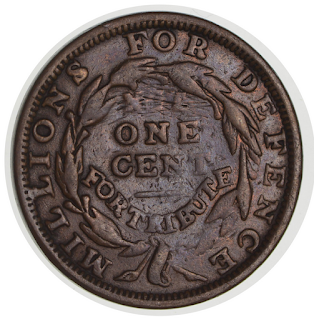 • Monetary Priorities.  Evidently it is much easier to issue trillions of dollars purely for consumption, but not one cent to make it possible for people to purchase capital, repay the loan out of future profits, then generate their own income so they no longer need a handout.  Of course, making it possible for people to have an independent income also means they won’t be dependent on government to live, and won’t vote the right way.  Maybe we need a new slogan to inspire people: “Trillions for investment, not one cent for bribery!”  Of course, we realize that as things now stand, public assistance is essential if people are to survive, but it’s not a solution.  It’s an expedient to keep us going on the way to a solution.  No one can keep going forever consuming without producing.

• Hobson’s Finance.  President Biden’s tax proposals, succinctly stated as “soak the rich” (which will actually soak lower income people whose income and wealth is quantified in dollars, not merely measured in terms of dollars as most of the wealth of the rich is, meaning the poor and middle class who will pay the bill for the rich through price increases), presents an interesting dilemma.  It's sort of a Hobson's choice (almost).  Should government fund its programs by issuing new debt it can’t repay, or by levying new taxes that can’t be collected?  It’s actually a question of whether you want an economic meltdown now or later.  If you manage to tax people out of existence, the economy goes belly up sooner than if you issue massive quantities of debt that you can’t collect taxes to repay.  Of course, you could always make it possible for people to own capital that pays for itself without a government subsidy or redistribution so the economy runs without government issuing debt, but that would mean that the politicians wouldn’t control the economy that they’re already losing control of.  The only real mystery is why the politicians won’t stop cutting their own throats and ours and pass the Economic Democracy Act.

• Colorado Bill Encourages Worker Ownership.  According to the National Center for Employee Ownership (NCEO), the state of Colorado is offering tax credits to companies adopting some form of worker ownership.  We disagree that something should be available only to workers and think the tax system should not be used for “social engineering,” but it’s at least a nod in the right direction.  As the NCEO reports, “On June 23, Governor Polis signed into law H.B. 21-1311, a bill that makes sweeping changes to Colorado tax law, notably a provision to provide $10 million annually in tax credits over the next six years to fund the professional service costs of conversions to employee ownership. The funds could be used to convert to an ESOP, an employee ownership trust, or a worker cooperative. ESOPs can qualify for a credit equal to 50% of the conversion costs up to $50,000; cooperative and employee ownership trusts can get up to $25,000.”

• UK EO Day.  The NCEO also reported that the United Kingdom worker ownership organization just celebrated Employee Ownership Day on June 25.  The U.S. celebrates Labor Day every September.  When are we going to have a Universal Ownership Day?

• Cultural Illiteracy.  Not too long ago we were censured by a popular social media platform for quoting a line from Shakespeare.  It was deemed inciting violence.  Uh, huh.  It was the line from Henry VI, Part II, Act 4, Scene 2 . . . you probably know it; items with the quote are the largest selling items in the Folger Shakespeare Library gift shop(pe).  Even more pathetic, we learned from a Faithful Reader that he had almost been expelled from high school for doing a parody of the Lord High Executioner’s patter song from the G&S comic opera The Mikado, or, The Town of Titpu.  It turns out that the principal was only vaguely aware of Gilbert and Sullivan, and had never heard of the Mikado, much less the humorous list of people Koko wanted on his “little list” of people to be executed if enough criminals weren’t available.

• Blog Readership.  We have had visitors from 26 different countries and 30 states and provinces in the United States and Canada to this blog over the past week. Most visitors are from the United States, Kenya, Nigeria, Canada, and the United Kingdom.  The most popular postings this past week in descending order were “JTW Podcast: Mortimer Adler Tells It like It Is,” “The Godly v. the Ungodly,” “News from the Network, Vol. 14, No. 25,” “Ronald Knox v. the Godly” and “The Purpose of Production.”