What Happened in Poland

History, as they say, is written by the victors.  The problem with history-as-she-is-taught these days is that what passes for history sadly seems to fit that rather glib aphorism, especially when the subject is politics and religion, which pretty much sums up virtually the whole of history. 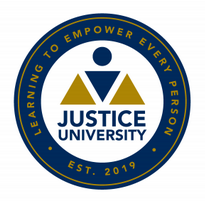 In the previous posting on this subject, we noted that in 1832 Pope Gregory XVI was faced with the problem of what later came to be called socialism and modernism: the “new things.”  As a theory, these new things were bad enough, but at least there had been no effective effort to implement them.

That is, until the November Uprising in Poland in 1830-1831.  Then it became obvious that the new things weren’t just academic theories, but a serious attempt to change the world — and not for the better.

Taking place from November 29, 1830 to October 21, 1831, the Uprising began as a riot sparked by an attempt to assassinate the Russian governor, Grand Duke Konstantin Pavlovich.  Russians and Polish collaborators were lynched, resulting in reprisals that ended any remaining fiction of Polish autonomy. (Adam Zamoyski, The Polish Way: A Thousand-Year History of the Poles and Their Culture.  New York: Hippocrene Books, 1994, 269-276.)

As pope, Gregory would almost certainly have ignored the Uprising, at least officially, had it not been for two circumstances.  One, Polish liberals sided with Napoléon against Russia, Prussia and Austria to regain independence.  The three Partitions of 1772, 1792 and 1794 divided the country between Russia, Prussia and Austria, and erased Poland from the map of Europe.

Many Polish intellectuals took refuge in France after the Third Partition, the purges of 1823, and the Decembrist Coup of 1825, and associated with the Saint-Simonians and others.  (Zamoyski, The Polish Way, op. cit., 268-269.)  As a result, the Uprising became associated with the French or European type of liberal democracy de Lamennais favored, and thus with socialism, modernism, and the Occult.  This was largely through the efforts of the anti-Catholic “New Christian” Ludwik Królikowski, “an ardent propagandist” for the Uprising who was tied in with the Saint-Simonians. (Piotr Kuligowski (2018) “The Utopian Impulse and Searching for the Kingdom of God: Ludwik Królikowski’s (1799-1879) Romantic Utopianism in Transnational Perspective.” Slovêne, Vol. 7, No. No. 2, 199-226.)

Two — and probably the determining factor — one Father Piotr Wojciech Ściegienny had circulated a forged encyclical, Złota Książeczka (“The Golden Book”).  In Gregory’s name, the people were urged to rise up and destroy their presumed oppressors, including most priests and prelates of the Church, and redistribute their wealth.

For decades the forgery continued to be accepted as genuine in rural districts.  It was a strong influence on the development of Polish socialism and popular understanding of Catholic social teaching. (Piotr Kuligowski, “Sword of Christ: Christian Inspirations of Polish Socialism Before the January Uprising,” Journal of Polish Education, Culture and Society, No. 1, 2012, 120.)

A few days later, August 15, 1832, Gregory XVI issued the first social encyclical, Mirari Vos, “On Liberalism and Religious Indifferentism.”  The bulk of the document addressed European type liberal doctrines de Lamennais himself condemned, even as he relied on them for his theories, as well as the theory of certitude and other “novelties,” although not by name.

In retrospect, it probably would have been better had the pope mentioned the forged encyclical and the influence of socialism in his condemnation of the Uprising, especially as it gave future generations of socialists the opportunity to condemn the Church for being “anti-democratic” when it was “only” being anti-socialist.  Of course, since socialism claims to be democratic, it might not have made much difference either way, but at least the record would have been straight, and Gregory’s condemnation wouldn’t have looked as if it was coming out of left field.

Of more interest at this point, however, was the reaction of de Lamennais . . . which we will look at in the next posting on this subject.