As the pandemic seems to be more or less winding down, sort of, maybe, people are struggling to figure out ways to restore the status quo or build a new world on the presumed ruins of the old.  This is nothing new; it’s happened after pretty much every major upheaval in history.  One of the more significant movements came out of the backwash from the French Revolution and the Napoleonic Wars.  Eventually called “socialism,” it only succeeded in messing things up more . . . which makes us wonder why people think it’s going to be anymore successful now. 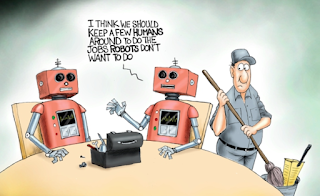 • Displacement of Labor.  The Washington Post of Thursday, May 20, 2021, bewailed the fact that, with so many workers not wanting jobs because they’re making more money by not working, employers are shifting to automate production (“Automation Sees a Boost as Employers Struggle to Hire,” A-1, 20).  Apparently, the removal of millions of Americans from wage system jobs hardly dented productivity, suggesting that the jobs weren’t really needed for anything other than income in the first place.  The irony of the article, of course, seems to have been lost on the Post, which has been in the forefront of those insisting that the push to increase the minimum wage to $15/hour will either have no impact on employment or will actually increase employment.  Similar claims are made for the Universal Basic Income.  Of course, all of this would be a moot point if there was an Economic Democracy Act and the displaced workers owned the robots that are replacing them, but so far that has not dawned on the powers-that-be. 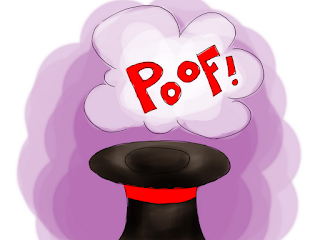 • The Failure of Fiat . . . Money.  This past week was marked by the “crash” of Cryptocurrencies, as holders of the virtual wealth virtually tore down the doors to sell off their virtual holdings before any more virtual value evaporated into the virtual aether.  The problem, of course, is that many people discovered that there is actually nothing behind the virtual currencies and no standard of value, along with no authority to enforce redemption into something of value.  A cryptocurrency is worth only what somebody else will pay for it, as it cannot be redeemed by the issuer.

• How About Some REAL Reforms?  There is another push on for retirement reform.  While doubtless the intentions are good, none of it addresses the underlying problem.  The whole idea seems to be to get Americans to save more for retirement . . . which comes into immediate conflict with the other demand that Americans need to spend more to get the economy moving again.  This is, in fact, yet another restatement of what back in 1935 Dr. Harold G. Moulton of the Brookings Institution called “the Economic Dilemma.”  As Moulton put it, if you save in significant amounts in order to invest (or for retirement), there will be plenty of money for investment or future consumption . . . but no reason to form new capital or produce the goods in the future because there is no current demand for them (and you might lose your job because demand for labor falls).  If, however, you spend now instead of saving for investment or retirement, there is reason to form new capital, but no money to do it!  The answer, of course, whether you’re talking investment or retirement, is to shift from savings funded by reducing consumption in the past, to financing new, broadly owned capital financed by increasing production in the future.  Past savings can then be used for current consumption, keeping the economy going, while the “future savings” of increased profits coming from increased production instead of decreases in consumption are used for investment.  By having people invest for retirement instead of saving so other people can invest, people can have an adequate and secure retirement income without reducing current consumption.  This is what the Economic Democracy Act proposes.

• The Biden Boost?.  According to Corey Rosen of the National Center for Employee Ownership, President Biden’s proposal to increase the capital gains tax and eliminate the stepped-up basis at death could have a tremendous effect on selling to an ESOP.  This is because when “employer securities” are sold to an under certain conditions, all capital gains are deferred until death or until what was purchased with the proceeds of the sale to the ESOP is sold.  There is also the fact that a corporation that has been organized as an S-Corp and is 100% owned by the workers through an ESOP Trust pays no federal or state corporate income taxes.

• ESOPs Down Under.  Also according to the NCEO, the Australian government has announced an initiative that, if enacted into law, would encourage worker ownership.  As described, the initiative is only for workers and relies on tax incentives instead of financial reform, but it is at least a step in the right direction.

• Colorado and California ESOP Initiatives.  The NCEO also reports that the U.S. states of California and Colorado are considering funding a study on how to encourage worker ownership and a program of grants and tax incentives.  Again, this is a step in the right direction, but does not address the underlying problems.  It is geared toward spending money instead of making money, and is restricted to workers instead of including everyone. 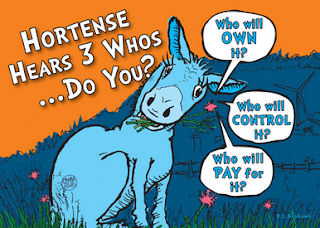 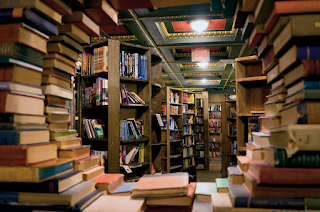 • CESJ’s Bookstore.  Have you visited the CESJ Bookstore?  Okay, there’s no coffee (or tea) bar, but there is plenty of parking if your chair is big enough, a good pre-selection of books, nobody shushing you as they read books without buying them, or a host of other things.  There is even a rebate for CESJ members (you have to be an official member, not just with us in spirit) that applies to verified purchases for verified members . . . once we verify it.  And you have to request it; it’s not automatic, sorry (blame state tax laws for making it complicated; we do NOT make retail sales, you HAVE to go to a regular bookstore, although we do have certain titles available for bulk discounts if you buy direct from us.)  We should mention that some of the books are also available as free download in electronic format, if you feel you can’t afford the cash right now.  If you do buy some books, however, be sure to take advantage of the Amazon “Smile” program, below.  It won’t cost you any more, but it will benefit CESJ. 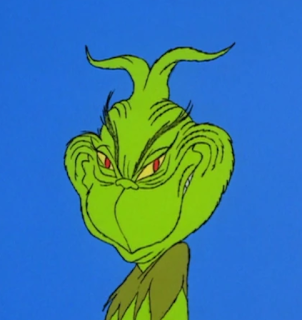 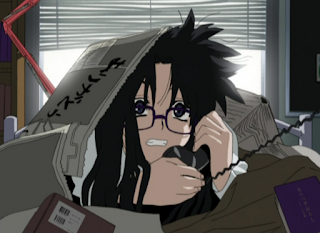 • Blog Readership.  We have had visitors from 32 different countries and 35 states and provinces in the United States and Canada to this blog over the past week. Most visitors are from the United States, the United Kingdom, Kenya, India, and the Philippines.  The most popular postings this past week in descending order were “News from the Network, Vol. 14, No. 19,” “The Purpose of Production,” “The Pope Condemns the New Things,” “JTW Podcast: The Political Animal,” and “The Frustrated Reformer.”