A while back, Alan Greenspan made a comment about “irrational exuberance” and the market, or something like that.  Seeing the Dow soar today after this week’s wild fluctuations (below) and you start to question your own sanity — are the experts really believing what they’re telling us about being in a “recovering” economy?  Are Happy Days really here again?

There was no government stimulus or other assistance in either case.  The issue was the money and credit system, and the need to supply the country with adequate liquidity and an elastic, asset-backed reserve currency to enable the economy to respond quickly and adequately to economic downturns.  The “equipment” to do this was put in place with the Federal Reserve Act of 1913.

. . . which was hijacked first to finance World War I, and then the New Deal.  As a result, the Great Depression of 1930-1940 took a decade to end, despite massive government involvement, and it was World War II, not the government, that ended the Depression.  It also dismantled the key instrument essential to a sound economy: an elastic, asset-backed reserve currency to foster growth, and it’s replacement with a debt-backed reserve currency that inhibits growth.

• Earlier this week, the Dow fluctuated wildly, a spread of nearly 400 points.  No one seems worried about the increasing volatility of the stock market, the sort of thing that was going on about this same time of year in 1929.  The fact is, the gamblers are able to make vast amounts of money on the fact that the stock market has such fluctuations.  By hedging, it becomes irrelevant to them whether it’s up or down.  It only needs to move, and the broader the swings, the better. Did you know that from September 3, 1929, to July 8, 1932, the Dow went down 90%?  A similar decline today would mean the Dow would be at $1,800.  Short sellers and hedge fund operators would make an incredible fortune.  Ironically, short sellers were blamed by some for the 1929 Crash, but it was the speculators creating vast amounts of money who caused the bubble, and they didn't have hedge funds to cover themselves.  A crash now would benefit the speculators instead of ruining them.

• The Federal Reserve is, according to one authority, “out of control.”  Here’s an interview given by David Stockman on “Why We Need to Get the Debt Under Control.”  All the money that’s been created for stimulus (or most of it) has been funneled into speculation, driving the stock market up to ridiculous highs . . . with nothing behind it.  Caution: Stockman thinks we’re in recovery, and yet thinks things have reached a critical state.  He’s right about things getting critical, but he’s delusional if he thinks we’re in an economic recovery.  He also underrates the terrorist threat.  Be that as it may, the only solution is Capital Homesteading — as soon as possible.

• The crash might not be in the future.  It may be going on right now.  On Tuesday, analysts pointed out that the “blue chips” in the Dow have been lower than normal, a “hidden bear market” that is threatening all stocks, while the speculative issues are keeping it up.  In other words, the stocks that actually have value are down in the dumps, while those without something behind them are skyrocketing.  On the plus side, when the market crashes it will drain excess liquidity out of the system.  On the bad side, because the money is backed by government debt, the debt will remain even after the money is gone — upwards of $18 trillion.  This cannot be repaid except by rebuilding the tax base — without more government debt money — and becoming sufficiently productive to generate government budget surpluses to retire the debt, and that will never happen without Capital Homesteading.

• Last Friday, the U.S. Treasury “tapped” into the TSP federal retirement fund to get around the debt ceiling.  We’ve said it before, but wouldn’t it be a great idea to start worrying about how to get the U.S. productive again so that there’s something to tax, and the government doesn’t have to create money?  The government could actually live within its means — and there would be means to live within.

• We heard back from the editor of the journal that published an article that misrepresented CESJ’s position.  He is giving us the opportunity to submit an article explaining CESJ’s actual position.  We’ll keep you posted as to the progress we make, especially if the article is accepted.

• We finished the first draft of the book we’ve been working on, and hope to have the first run-through of the indexing and bibliography completed by next week, when we hope to send it off to a prospective publisher. 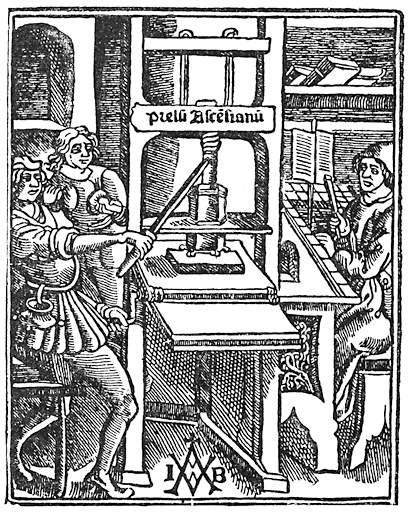 • The first draft of the revision of Capital Homesteading for Every Citizen has been turned over to the CESJ core group for review and editing.