The fluctuations in the stock market are increasing in magnitude, which ought to concern people more than it does.  It doesn’t, but that won’t stop us from offering what we believe to be the best solution to the problem that many people simply refuse to acknowledge exists.  Financial trivia: most financial panics have taken place in the Fall, around September and October.  Just sayin’.


In case you want to have a better grasp on what to do when the crash comes, however:

• Sales of CESJ’s latest “Paradigm Paper,” The Political Animal: Economic Justice and the Sovereignty of the Human Person, are off to a good start.  The Political Animal, like all CESJ publications, is available in bulk at substantial savings.  With the 20% discount applicable to bulk sales (i.e., ten or more copies of a single title), a full case of 50 is $400, plus shipping.  Enquire at “publications [at] cesj [dot] org” for details and cost of shipping bulk/wholesale orders.  Individual copies are available now on Amazon, and on Barnes and Noble. Please note: CESJ does not sell retail.

•  According to at least one news report, China has now surpassed the United States as the largest economy in the world, at least in terms of “purchasing power” (whatever that means).  We predict that, instead of implementing Capital Homesteading to correct the problem and reverse the situation, the response will be more and greater “stimulus” and “quantitative easing,” thereby making the problem of a rapidly decaying economy even worse.  It is a good idea to keep in mind the fact that you do not really purchase marketable goods and services produced by others with “money,” but with what you produce, whether with capital or labor.  If you are not producing anything, you aren’t really engaging in fair exchange when you issue money (defined here as anything accepted in settlement of a debt, “all things transferred in commerce”).  You’re stealing by issuing what they used to call “fictitious bills,” that is, promises to deliver what doesn’t belong to you or in which you have no existing rights.  This, in fact, is why government “bills of credit,” also known as “anticipation notes” because they are backed by future or “anticipated” tax collections, are properly classified as fictitious bills or, as economist Irving Fisher put it many years ago, “legal counterfeiting.”  The State only has the right to collect such taxes as are granted by its citizens.  Emitting bills of credit anticipates that the citizens will, in fact, grant the taxes, but the State has no right to collect them at the time it emits the bills of credit.  By the way, it is a common fallacy that the money backed by government debt paper is really backed by the general wealth of society — no, such money is backed by the ability of the government to tax existing and future wealth of society in order to meet its obligations.  When the government can no longer tax, whether because the citizens refuse to grant taxes, or the tax base (productive capacity) of the nation has eroded to the point where no more can be squeezed out of the taxpayer, any money backed by government debt becomes worthless, as happened in the Confederate States of America during and after the Civil War, and in Germany, Austria, and Hungary following World War I.

• CESJ National Field Secretary Guy Stevenson of Iowa has given the CESJ research library a copy of a rare book by Fulton Sheen: Religion Without God (1928).  The book is a follow-up to Sheen’s first book, God and Intelligence in Modern Philosophy (1925).  We haven’t finished it yet, but Religion Without God focuses on the illogic of the “modernists” and others, such as theosophist/New Age adherents, who reject reason as the foundation of faith, and insist on inventing a new religion based on faith alone, after having defined God as God out of existence.  This is an issue that G.K. Chesterton dealt with in his book, St. Francis of Assisi (1923), and again a decade later in St. Thomas Aquinas: The “Dumb Ox” (1933).  Heinrich Rommen and Mortimer Adler also dealt with this issue from a different perspective, although all of them agree that the invention of the new religion results from the shift of our understanding of the basis of knowledge of God’s existence and of the natural law from the Intellect (lex ratio) to the Will (lex voluntas).  As both Rommen and Adler pointed out, this always leads to pure moral relativism, even nihilism, and ultimately tyranny.

• CESJ will be having an introductory telephone conversation later today with Dr. Derry Connolly, a founder and president of John Paul the Great Catholic University in California.  JPGCU offers undergraduate degrees in Business and in Communications, an MBA with a concentration in Film Producing, and an MA in Biblical Theology.

• A CESJ “Justice University” team participated in the 11th Annual Public Anthropology Conference on “Violence, Resilience, and Resistance” at American University, Saturday and Sunday, October 4 and 5.  CESJ had the tactically important first session for its participatory panel discussion on the Just Third Way on Saturday morning.  Fully half the participants in the group came up afterwards and expressed great interest in CESJ’s Just Third Way.  Two of them, including a first year law student, have expressed interest in volunteering for CESJ, especially in our media and communications efforts and outreach. 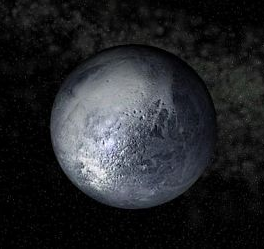 • Pretty small potatoes on the cosmic scale, but Pluto’s back as a planet, although the International Astronomical Union won’t meet to make a decision to reverse its prior demotion of Pluto to “dwarf planet” until August 2015.  In just a few days Pluto has become something of a symbol of overcoming adversity and bureaucratic obtuseness.  Maybe we should take Pluto — named after the Greek god of wealth — as the Planetary Patron of the Just Third Way.  Although opponents of the Just Third Way constantly cite the alleged impossibility of a program of expanded capital ownership (widespread wealth) financed with future savings (the present value of future wealth), the proposal embodies sound and proven political and economic concepts, as well as being solidly based on traditional moral principles.  Pluto seems to have bounced back, and it is always time to restore the foundations of a just society.

• According to some buzz around the internet, people who have enough selenium in their diets (but not too much to be toxic, of course) may have some resistance to the ebola virus.  True or not, here is a list of the “Top Ten Foods High in Selenium.”  None of them seem harmful, so it might not hurt to increase your selenium intake — naturally, anyway.

• As of this morning, we have had visitors from 64 different countries and 50 states and provinces in the United States and Canada to this blog over the past two months. Most visitors are from the United States, Canada, the United Kingdom, the Philippines, and India. The most popular postings this past week were “Aristotle on Private Property,” “Fulton Sheen Suspended . . . Again?, I: What’s the Story?” “Thomas Hobbes on Private Property,” “Fulton Sheen Suspended . . . Again?, III: Faith v. Reason . . . Again?” and “The Purpose of Production.”