• Out of the blue today, CESJ received a “treasure trove” of papers relating to a never-completed project to do a biography of Señor Alberto Martén Chavarría, an important figure in Central American politics and the founder of Solidarismo Costariccense.  Señor Martén worked with the noted solidarist Father Oswald von Nell-Breuning, S.J., who with fellow Königswinterkreis member Father Gustav Gundlach, S.J., was called to Rome to consult on Quadragesimo Anno in 1931 by Pope Pius XI.

• Searching through old newspaper archives, we have found some interesting information about Dr. Harold G. Moulton, author of The Formation of Capital (1935), an important book in the development of the monetary policy of the Just Third Way.  We hope to present some of the information in a future blog series.

• The current blog series on “Saint Gilbert Keith Chesterton?” has excited a little controvsersy, apparently.  Some of today’s supporters of the programs of Henry George have taken exception to statements made about George in contemporary newspaper accounts of his 1886 campaign for mayor of New York City and that have been reported in the blog.  Unfortunately, as the articles date from 1886 and 1887, it is not possible to reach the original authors to find out if the reports are truly accurate, or if reports half a century after the events occurred are more reliable.  Offsetting these minor negatives is the series of e-mails and tweets we’ve gotten expressing approval and interest in CESJ’s “take” on the “distributist” proposals of Chesterton.  Perhaps not surprisingly, only a few of these have come from the United States and England, with the bulk coming from countries such as Spain, Italy, and Argentina.

• Again, the big news is that Freedom Under God is once again available after nearly three-quarters of a century.  CESJ is now taking bulk/wholesale orders (please, no individual sales).  The per unit price for ten or more copies is $16.00 (20% discount).  Shipping is extra.  Send an e-mail to “publications [at] cesj [dot] org” stating how many copies you want and the street address (no P. O. Boxes) where you want them delivered.  We will get back to you with the total cost, how to pay, and estimated delivery time.  All payments must be made in advance, and orders are placed only after payment clears.  Individual copies are available from Amazon and Barnes and Noble, as well as by special order from many bookstores.

• So Much Generosity, the collection of essays about the fiction of Nicholas Cardinal Wiseman, John Henry Cardinal Newman, and Monsignor Robert Hugh Benson by Michael D. Greaney, CESJ’s Director of Research.  The book is now available on Amazon and Barnes and Noble, and is also available on Kindle. Many of the essays incorporate elements of the Just Third Way.  The book is priced at $20.00, and there is a 20% discount on bulk orders (i.e., ten or more), which can be ordered by sending an e-mail to publications [at] cesj [dot] org. 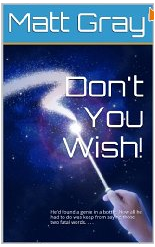 • Soon after putting new covers on a series of e-books published a few years ago by Universal Values Media, Inc. (UVM), sales rose dramatically.  UVM is a JBM company that promotes universal moral values in the media through its products.

• As of this morning, we have had visitors from 63 different countries and 51 states and provinces in the United States and Canada to this blog over the past two months. Most visitors are from the United States, the United Kingdom, Canada, India, and Australia. The most popular postings this past week were “Thomas Hobbes on Private Property,” “Aristotle on Private Property,” “The Fulton Sheen ‘Guy’,” “Saint Gilbert Keith Chesterton?, XIX: Henry George and the Catholic Church,” and News from the Network, Vol. 6, No. 44.”