Why Capital Homesteading is Essential

We’ve been urging Bob Marshall of the Virginia House of Delegates to get in touch with CESJ president Norman Kurland.  Most immediately, of course, this would kick start the economy in Virginia, provide an example for the other states, begin the process of shifting from money supply backed with government debt to a money supply backed with private sector hard assets, create jobs, and so on.


What we haven’t been looking at is the sea-change that widespread capital ownership will bring to the American political scene.  For more than a century and a half, largely as a result of the concentration of capital ownership in fewer and fewer hands, the concept of inalienable rights, even the natural law itself, has been drastically undermined.  This has been to the detriment of every American citizen.

What's been going on in the U.S. since Scott v. Sandford (1857) — the Dred Scott case — is that the concept of inalienable (i.e., natural) rights, inherent and absolute in the human person, has been almost completely neutralized, even eliminated.  Politicians and judges seeking power have confused in people’s minds the difference between having a right such as life, liberty, and property, and exercising that right in a limited manner within the common good. 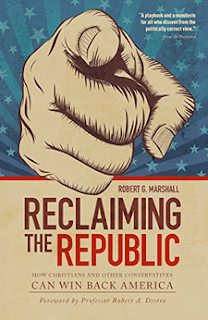 People have rights absolutely, by nature itself, i.e., as a grant from God, and God’s gifts are irrevocable.  By their very nature, however, no rights may be exercised absolutely.  Dominion is thus absolute and inalienable, granted by God unconditionally, while usufruct is socially determined and limited, depending on the wants and needs of the right holder, other individuals and groups, and the common good as a whole.

What’s happened, however, is — as a result of the massive power-grab by the State over the past 150 years as capital ownership opportunities for ordinary people have disappeared (why Frederick Jackson Turner claimed that the end of “free” land meant the end of democracy) — there’s been a deliberate confusion fostered about the differences between individual good, common goods, and the common good.

By lumping all three types of goods together as “common,” and acknowledging that the State has responsibility for the common good (which is perfectly true), and then adding the fact that the State’s role is to define the limited exercise of rights held absolutely by the citizens, the State achieves total power by the simple expedient of confusing title with use.

Since possession of rights defines someone as a person, when the State claims to be the source of rights as well as the definer of their exercise, the State decides who or what is a person, and even what is a right.  Everyone becomes a “mere creature of the State.”

Fortunately, however, we need merely keep in mind, as Daniel Webster reminded us, that “power naturally and necessarily follows property.”  To restore America, restore private property.  Only by becoming empowered through capital ownership can we restore our inalienable rights to life, liberty and property.

And, by the way, it’s never too late to send an e-mail to Bob Marshall, delegatebobmarshall [at] Hotmail [dot] com, letting him know you think he should talk to CESJ president, Norman Kurland.