The Death of Reason, X: Economics as a Religion Instead of a Science 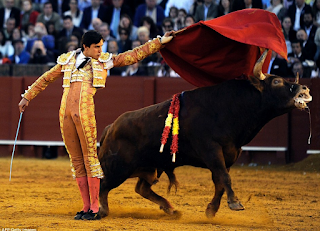 We refer specifically to the neo-distributists: those who use the language of distributism and advance the outward form of the Distributist State without the inner substance, and who forsake reason by basing their system on faith or expedience.  We’ve made this point many times over the years, but it always seems to excite some comment — usually negative.  This time, as we might expect, the comment was that the commentator questioned our assessment of John Mueller’s Redeeming Economics, and demanded to know who the neo-distributists are to whom we referred.

We named names in our original response, but will content ourselves with generalities here.  Why, after all, wave a red flag in front of so much bull? — such as the claim advanced in open defiance of clear papal teachings that distributism is a “Catholic” system . . . when the Catholic Church is quite explicit that there could be no such thing.

The neo-distributists to which we refer, then, are those who have abandoned reliance on the natural law based on God’s Nature, self-realized in His Intellect, and shifted to some form of a will-based understanding.  Thus, the “proof” that they advance for virtually everything is the appeal to authority, a logical fallacy, with the straw man argument and the circular argument tied for second place.

For example, a typical neo-distributist will claim that something is true because the pope, Chesterton, or Belloc said so.  No — in the case of the pope, this gets the doctrine of papal infallibility exactly backwards.  Nothing is true because the pope says so.  Rather, the pope says so because it’s true.  The pope, not the reader or hearer, is the one protected from error.

In the case of the Chesterbelloc, it often turns out (as it does with papal statements), that the words have been edited or the meanings changed, and thus a straw man argument constructed.  In one notorious instance we came across declarations that papal teachings give only labor title to property, and that the freedom of association (liberty/contract) Pius XI stressed in Quadragesimo Anno as the basis for social justice and thus the foundation of the common good “Is not strictly speaking voluntary.”

The problem is that, trapped by the slavery of past savings and rejecting Kelso and Adler, neo-distributists can see no other way except by abolishing the natural law to achieve the goal of the Distributist State.  The so-called Distributist State thereby becomes the Servile State by losing its basis in reality and common sense.

It is no coincidence that the “Distributist Reading List” on one well-known distributist website has as many books by Arthur Penty, the founder of “guild socialism” who managed to get even Chesterton annoyed at him for going too far in his rants against machinery, as by Chesterton and Belloc combined, or that socialists, especially Fabian New Agers like E. F. Schumacher are given a place of prominence.  Sadly, neo-distributists in general make every error against which Chesterton warned in The Dumb Ox, and pat themselves on the back for their adherence to the teachings of the Master.

The bottom line here is that if a premise is flawed or false, or a logical error is made in the argument, the conclusions may be true, but they are not necessarily true.  You must, as Aquinas explained at the end of his treatise On the Unity of the Intellect Against the Averroists (and that Chesterton quoted in The Dumb Ox, possibly as a warning to his more enthusiastic followers), prove your case not on documents of faith, but by the reasons and statements of the philosophers themselves — really prove, not just declare that something is true because so-and-so said so.