The Death of Reason, II: The Plot Thickens


It’s probably appropriate that this short series on the mysterious death of reason started off with a brief discussion of a mystery novel, The Daughter of Time, by “Josephine Tey.”  We had re-read the book on a recent weekend simply because we were hunting for something in our library that wouldn’t take too much thought, and it fell off the shelf at our feet.

Anyway, within 48 hours of reading about how, if people would just think, they’d realize that Richard III couldn’t possibly have done it (at least according to the fictional Inspector Grant of the even more fictional Not New Scotland Yard), the homily at mass on New Year’s Day raised a similar issue.  When talking to the priest afterwards, he made the same comment: that people have forgotten (or never learned) how to reason.  (Coincidentally, this was in the Cathedral of Saint Thomas More, cf. yesterday’s posting.)

But wait!  Not only is there More, there’s more!  (Hey.  He started it.  When Sir Thomas resigned his office under Henry VIII, he said, “The Lord Chancellor is no More.”)

You’re probably ’way ahead of me by now, but can you guess what one of Sheen’s main points in the book is (echoed by Chesterton in his intro)?  Yup.  You got it.  People have forgotten how to use reason.  They tend to substitute faith in whatever they decided they want to believe for what Pope Pius XII called the force of natural reason.

So we did a quick re-read of Chesterton’s 1933 biographical sketch of Saint Thomas Aquinas (“The Original Deep Fat Friar”) . . . and realized that he made many of the same points in The Dumb Ox that he and Sheen had raised eight years earlier in God and Intelligence.  Chesterton even made some of the same arguments and named some of the same names.

We probably can’t prove anything.  We’ll leave that to fictional detectives who work for a Scotland Yard that never existed.  We can, however, have a sneaking suspicion that Sheen’s work may have inspired Chesterton to have a go at correcting or countering what Pius XII would identify as the greatest danger to Catholic doctrine in the world.  This is the misuse and redefinition of the natural law, and the descent into pure moral relativism, the basis for political totalitarianism.

Pius XII did this in Humani Generis in 1950 . . . the same year The Daughter of Time was published.  (Coincidence?  We think not.)

A short time after New Year’s, we had lunch with a professor of medieval philosophy.  Guess what one of the topics was.  That’s right, the inability of people to use reason. 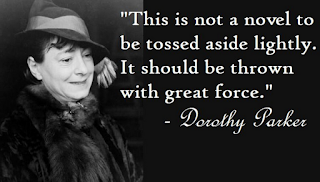 Soon after that, we got a question about a book by John Mueller, Redeeming Economics, and posted some thoughts about the argument as described by the questioner and on the publisher’s website.  As there seemed to be a couple of logical flaws in the book’s argument as described — and because the book costs nearly $30 — we decided not to read it, but assume that the item performs as advertised.

Given the book’s description, it would (to quote Dorothy Parker) not be tossed aside lightly, but thrown with great force.  There was no compelling reason to read it, much less spend actual cash money on the thing.  Why, after all, would you purchase a product that, if accurately described, you neither want nor need? 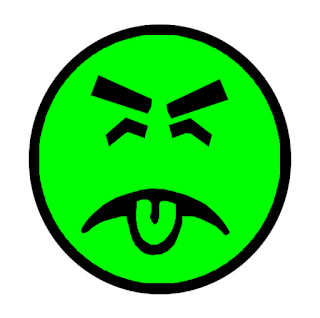 The specific question was whether we had ever reviewed Mueller’s book.  We answered, “no,” and gave our reasons why we didn’t feel compelled to do so.  This seemed reasonable to us.  Someone asks you whether you’ve tried Yuck Foods new chocolate bacon sheep dip.  You respond that you’re allergic to chocolate, have problems with cholesterol, don’t care for Yuck Foods’ products, and the combination sounds, uh, “bad,” or at least less than tasty.

Uh, huh.  For one thing, if you want us to review a book, the least you can do it provide us with the book, not just make demands and start tasking us — or spending our money for us.  For another, we don’t have to try murder, drug addiction, pornography, death by hanging, Star Trek V or four more years of wildly irresponsible government spending to know we don’t want to.  “You didn’t give it a chance” is not a valid reason.  There are some things to which you don’t give a chance.

Like being forced to review books that, assuming they are accurately described, go directly counter to reason.

Note: Since writing the above, we did, in fact, read Mueller's book, and found it much worse than described.  On the second page of text it redefines the human person, and it's downhill from there.  Redeeming Economics is more of a handbook for eternal economic damnation.