Recently we came across a question in a LinkedIn group asking about "Islamic Banking." Since most of the responses were "half answers" — i.e., getting some of it right, but leaving out a few things — we decided to throw in our two cents.


Technically, it's not "Islamic banking," but Aristotelian. All the major religions have condemned usury, which is taking a profit on something that does not generate a profit, e.g., a loan of money as money.

The lender in the former case is not due "interest" (from "ownership interest"), a share of profits, because there were no profits generated. The lender is due back only what was lent. In the latter case, if there was a profit, the lender is due in justice a share of those profits, as Aquinas, Maimonides, and Ibn Khaldûn all point out — or suffer a pro rata share of the loss. All usury is "interest," but not all interest is usury.

An exception is made in scholastic philosophy for loans made to a government. The rationale is that profit-taking is not evil per se ("objectively evil"), but only taking a profit when there is no profit. Government being necessary (so the reasoning goes), if it cannot raise enough revenue by taxation, it will not be able to carry out its proper function of keeping order — a very great evil indeed, and "objectively evil."

Under the "principle of double effect," then, the objective evil of government ceasing to function outweighs the lesser evil of taking a profit when there is no profit, so lending to a government at interest, while usury, is allowed in order to avoid the greater evil of a collapsing government — in the short run, and until the problem that is causing the shortfall in revenue or overspending is fixed.

A government that is permanently in debt is doing something wrong, however. The government's job in that case is to foster economic growth to rebuild the tax base and live within its means. One possible way of doing this in a modern economy is to get rid of the Keynesian fallacies that pervade modern thinking and adopt something like "Capital Homesteading,"

A lot of the confusion we see today in economics, finance and politics is caused by inadequate (and in some cases completely wrong) ideas about money, credit, banking and finance — and even what property is, and what government is supposed to be doing.

Even in a loan of money for a productive purpose, there is the danger of usury. Taking more than a fair share of the profits is usurious. The problem is how to determine how much a lender is due in justice.

The best answer is "the free market." A willing buyer and a willing seller each with good information can generally reach a bargain that approximates what each is due in justice. If, for example, most of the lenders in a community are letting borrowers have money to buy seed for farming at, say, 5% per annum, then (assuming an adequate number of competitive lenders and a large enough customer base of borrowers), a loan of money to buy seed for farming is probably worth 5% per annum. If it were worth more, lenders would be able to charge more. If it were worth less, borrowers would simply go to a more reasonable lender who would take a smaller share of the profits. 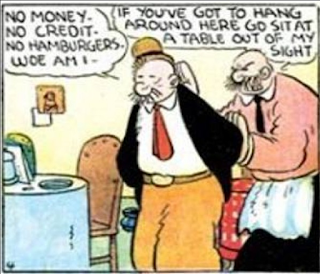 Of course, all this talk of interest rates is avoided if productive ("capital") projects are financed using "pure credit," that is, credit extended based on the present value of the future stream of marketable goods and services the borrower expects to produce. This present value can be conveyed by being embodied in a contract called a "bill of exchange," and offered to a bank or another individual or merchant at its current value. If the bill is accepted or "discounted," it is money, and can be used to finance new capital.

There is, however, a difference between bills of exchange and most other forms of money. Like other forms of money, the "instrument," that is, the contract, has a "face value." It is a contract valued at, say $100,000 — but it is rarely worth exactly $100,000 until presented for redemption and sometimes (if the issuer's credit is not good) not even then.

The discount rate is not, however, an interest rate. It is a reflection of the opinion people who accept the bill have of the chance that it will be redeemed in full on maturity, and the value of having less than $1 today for immediate use versus having a whole $1 at some time in the future that you can't use until you have it.

This is the "time value of money." It's like saying you are willing to pay $1 now for a loaf of bread you receive now, but are only willing to pay 50¢ now for a loaf of bread that you will get next Saturday. As Wimpy used to say, "I will gladly pay you Tuesday for a hamburger today." Yes — but you're either not going to sell Wimpy that hamburger now at the same price you would if he was offering cash, or you won't sell to him at all if you expect he won't pay you on Tuesday. It's not "interest," it's what Wimpy's promises are worth on the open market.