Here is the first part of the annual year-end news roundup, covering January through June 2016.  The second part, covering July through December, will be posted Friday of next week:
• In the early part of the year, an associate had some very good meetings with a number of Australian Members of Parliament.  He also arranged for Norman G. Kurland, president of CESJ, to have a conversation over the internet with a small group, and has reached out to Notre Dame-Perth, which is affiliated with the University of Notre Dame in South Bend, Indiana, U.S.A.  Tom reported that, although the MPs are very busy and only had limited time, interest was expressed in the ideas and there may be a good basis for follow-up.  He plans on reaching out to some key members of the Australian Catholic hierarchy in the near future, to introduce Just Third Way concepts as one way of addressing some controversial issues in a positive manner.
• During the research for Easter Witness (below), we came across some speeches by Charles Stewart Parnell, an important figure in Irish politics in the latter half of the nineteenth century.  One thing that struck us forcibly was Parnell’s insistence that economic power must precede political power, both to join everyone together in solidarity, and provide the basis for a true reform of the system based on justice instead of force.
• CESJ purchased a portable projector, projector screen, and laser remote controller with which to make presentations.  The “maiden voyage” of the equipment at Virginia Union University was very successful, with none of the usual glitches that tend to crop up when dealing with new equipment. 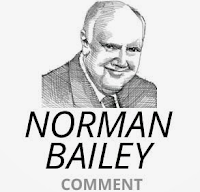 • Dr. Norman A. Bailey published an article in Globes: Israel’s Business Arena, “The Choice: Rage and Fear, or Envy and Resentment,” about the then-upcoming U.S. presidential election that makes interesting reading in retrospect.  It begins, “There is a bitter joke in the US that every two years the American people are asked to choose between the stupid party and the evil party, which is which depending on whether you are a Democrat or a Republican.  This year is different. The Trump/Cruz/Sanders phenomenon indicates that the electoral contest is now between the party of rage and fear (Republican) and the party of envy and resentment (Democrat).  What is behind this transformation of the political scene, not only in the US but in Europe as well, when as recently as the turn of the century things looked so optimistic?” For the rest of the article, follow the link.
• In March Norman Kurland gave a talk at Virginia Union University on the Just Third Way that was very well received.  A number of students indicated interest in exploring the possibility of forming a campus CESJ chapter, while at least one faculty member requested information on becoming a CESJ Fellow.

• In April Dr. Norman Kurland had an important hour-long conversation with the dean of the University of Chicago Law School.  It turns out that the dean is a strong advocate of the revival of the work of William Winslow Crosskey (1894-1968), who seems to be the “patron saint” of “originalism” according to some commentators.  As one authority noted, “I count Crosskey as one of the greatest legal scholars of the last fifty years. Around 1953, I met John W. Davis, for whom Crosskey had clerked on Wall Street when he was a young man. Davis told me – and I agree with him – that Crosskey’s brain was the best piece of legal equipment he had ever encountered. Years later, in reflecting on Crosskey’s life and work, I came to the realization that I admired him not only for the remarkable books he had written, but particularly because of his moral courage. He persisted in his work, notwithstanding a torrent of criticism, because he believed he was right. Crosskey was a great man.”  Not by coincidence, Crosskey’s view of constitutional law was integrated into Easter Witness, although he is cited only in the bibliography.
• Also in April, CESJ published Easter Witness (below).
• In June we obtained a very rare copy of the autobiography of Msgr. John A. Ryan, Social Doctrine in Action: A Personal History (New York: Harper and Brothers Publishers, 1941).  Msgr. Ryan, of course, was the social justice guru who ruled the Catholic University of America for twenty years.  Reading the book, we found a number of problematic assertions and the omission of key information.  For example, Msgr. Ryan carefully failed to note that the dissident priest Father Edward McGlynn, a follower of Henry George, ultimately fully recanted his adherence to the principles of georgism.  Msgr. Ryan merely commented that Fr. McGlynn’s excommunication for disobedience was lifted, thereby making it appear that it was the Vatican that changed its opinion of the agrarian socialism of George, not Fr. McGlynn.  Other examples of equivocal statements and careful omissions abound throughout the book, many of which can easily be disproved or rectified.

• In June the CESJ core group met with Father William Christensen, S.M., Ph.D., who has been working for many years to implement Just Third Way reforms in Bangladesh, notably in a proposed woman-owned garment factory. Father Christensen has had a great deal of success lifting people out of poverty with the programs of the Institute of IntegratedRural Development (IIRD) in Bangladesh (there is a different IIRD in India).
• Also in June, CESJ president Norman Kurland had a meeting with Representative Dana Rohrabacher (R-CA), a strong supporter of worker ownership.  The meeting was pleasant and positive. 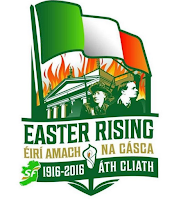 • CESJ’s latest book (makes a great post-Christmas gift), Easter Witness: From Broken Dream to a New Vision for Ireland, is available from Amazon and Barnes and Noble, as well as by special order from many “regular” bookstores.  The book can also be ordered in bulk, which we define as ten copies or more of the same title, at a 20% discount.  A full case is twenty-six copies, and non-institutional/non-vendor purchasers get a 20% discount off the $20 cover price on wholesale lots ($416/case).  Shipping is extra.  Send enquiries to publications@cesj.org.  An additional discount may be available for institutions such as schools, clubs, and other organizations as well as retailers. 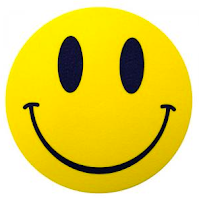 • Here’s the usual announcement about the Amazon Smile program, albeit moved to the bottom of the page so you don’t get tired of seeing it.  To participate in the Amazon Smile program for CESJ, go to https://smile.amazon.com/.  Next, sign in to your account.  (If you don’t have an account with Amazon, you can create one by clicking on the tiny little link below the “Sign in using our secure server” button.)  Once you have signed into your account, you need to select CESJ as your charity — and you have to be careful to do it exactly this way: in the space provided for “Or select your own charitable organization” type “Center for Economic and Social Justice Arlington.”  If you type anything else, you will either get no results or more than you want to sift through.  Once you’ve typed (or copied and pasted) “Center for Economic and Social Justice Arlington” into the space provided, hit “Select” — and you will be taken to the Amazon shopping site, all ready to go.
• As of this morning, we have had visitors from 57 different countries and 52 states and provinces in the United States and Canada to this blog over the past two months. Most visitors are from the United States, Russia, Canada, the United Kingdom, and the Netherlands. The most popular postings this past week in descending order were “Thomas Hobbes on Private Property,”  “Book Review: Field Guide for Heroes,” “How to Make America Great Again,” “A Dishonest Way to Argue, I: Apples and Oranges,” and “Minimum Wage Follies.”
Those are the happenings for this week, at least those that we know about.  If you have an accomplishment that you think should be listed, send us a note about it at mgreaney [at] cesj [dot] org, and we’ll see that it gets into the next “issue.”  If you have a short (250-400 word) comment on a specific posting, please enter your comments in the blog — do not send them to us to post for you.  All comments are moderated, so we’ll see it before it goes up.
#30#
Posted by Michael D. Greaney at 1:50 PM