In the previous posting on this subject, we looked at what can happen if you impose a uniform monetary standard when the price of the standard is not uniform.  Of course, before any standard at all is considered, it is essential that the reserve currency be 100% or at least predominantly asset-backed . . . and “asset” does not include debt issued by the issuer of the reserve currency.

Today we are looking at a possible solution to the problem we noted in the previous posting on this subject, that of a standard that has a different price in different regions.  To summarize, if the local price of the standard differs from the official or fixed price of the standard, every transaction that takes place once the new standard has been fixed results in a loss for either buyers or sellers, and the economic and social effects can be catastrophic. 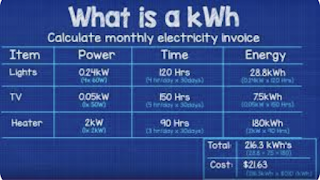 We have, however, come up with a possible solution, but one that could only work if there has been a successful program of expanded capital ownership (such as the EconomicDemocracy Act), the kilowatt hour has been selected as the standard, and all customers of electricity producers own the producer in direct proportion to their usage of electricity.

If these conditions are met, then we think that the price used to set the standard should be the highest price anywhere in the region where the reserve currency will be used as the official currency.  This will mean that the value of the reserve currency is standardized everywhere because the price of the kilowatt hour (Kwhr) has been standardized.

Of course, this means that in regions where the price of the Kwhr was lower before the price was fixed electricity consumers will pay higher prices and producers will begin making greater profits.  This should not matter, however.  Why?

For one thing, we specified that the producers of electricity must be owned by their customers in direct proportion to their usage of electricity and the existing reserve currency must be 100% asset backed.  Both conditions will in most cases take decades to achieve.  In that time a method of generating electricity may well be implemented resulting in a uniform price of electricity anyway, in which case the problem solves itself.

If the price of electricity continues to vary from region to region, however, using the highest price of the Kwhr as the standard should work.  Of course, we issue a caveat at this point.  Unlike virtually all other components of the Just Third Way, this has not been proven to work, but it should work.

We think this will work because regardless how much profit the electricity producer realizes from the increase in price, all profit — that is, the residual above the total cost of producing electricity — will be returned to the customer in the form of dividends that under the EDA is regular, taxable income.

This is different from what we said in the previous posting, that the excess should be returned to the customers in the form of rebates or non-taxable dividends, but we realized that would probably not work.  A rebate would effectively lower the real price of electricity, while having a special class of non-taxable dividends would create an unnecessary exception to the treatment of dividends as regular taxable income, except when used to make tax-deferred purchases of qualified shares as described in the EDA. 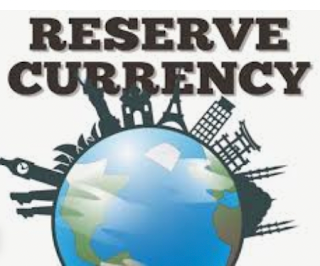 This, by the way, is why the Kwhr is probably the optimal standard to use for the currency as the value is unlikely to change for long periods of time.  The entire following discussion may, in fact, be moot, but it will be useful in the unlikely event the value — not the price — of electricity changes significantly over a short period of time.