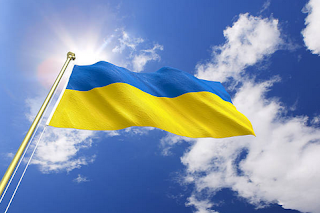 Just as individual sovereignty requires that someone have control over what he or she and his or her dependents needs to live in a manner befitting the demands of human dignity, each country needs to secure the means to secure national sovereignty.  In crude terms, as Henry C. Adams pointed out in 1898, that means not getting into debt to other countries, just as at the individual level indebtedness destroys personal sovereignty.

In practical terms, what that means is being able to secure the necessities of life for all a nation’s citizens in a way that does not put them into the power of any other country, individual or group.  Broadly speaking, the, each country must be able to secure adequate supplies of food, fuel and fiber in order to provide for the needs of each of its citizens.

Interestingly, in the current war that Putin is waging on Ukraine, the goal is not to secure adequate food, fuel, or fiber.  Russia and Ukraine have more than adequate supplies of all three, although food and fuel are of paramount importance in Putin’s War.  Not to secure them — that is not Putin’s goal (if anyone can even figure out what his real goal is at the moment), but to use them as weapons against others in his campaign of imperial aggression and self-glorification.

Between them Russia and Ukraine supply a third of the world’s wheat supply and Russia itself produces a third of the world’s fuel, which is using it to the best of its advantage to blackmail as many people and nations as possible.  It is for this reason that yesterday when President Zelenskyy addressed the United Nations, the Secretary General said that it was important to focus on food, fuel, and finance.  This may have been in response to Putin’s threat to restrict oil and food exports only to “friendly” countries, thereby potentially causing a global famine . . . unless the “unfriendly” countries permit him to conquer Ukraine.  Translation: if we don’t let Putin kill as many people as he wants on his terms, he will kill as many people as he can and blame everyone else.

The food problem can possibly be dealt with in the short term by U.S. and Canadian farmers — and possibly Ukrainian if the Russians can be kept at bay long enough — to expand wheat production.  The Secretary General also mentioned the need to wean the world off fossil fuels — and dependency on Russia — in the long term.

With respect to fuel, dependency on fossil fuels may well be on the way out.  A few weeks ago, scientists sustained a fusion reaction for five seconds, which in scientific terms is pretty much an eternity.  The task now is to make a fusion reaction sustainable and commercially viable.  We think that a “Manhattan Project” type effort to get fusion power up to speed as a commercially viable macro energy system, with hydrogen-based micro systems for redundancy and backup, might give the world sustainable, cheap, non-polluting energy within five years.  That’s personal opinion, though.

What is more to the point for this blog is the financing, which must be done in ways that vests ownership into every person, not the State or a private sector elite.  This is the way to finance the rebuilding not only of Ukraine, but of the entire global economy to make it work for everyone.

Put more bluntly, the real issue is power.  In a recent article in Catholic World Report, Archbishop Charles Chaput mentioned that, in his opinion, many of today’s problems were caused by a feeling of powerlessness on the part of many people.

His Excellency put his finger on the underlying problem: people in today’s world feel powerless.  This is particularly the case in our day and age when under the influence of the “New Things” sovereignty and dignity have shifted from human persons created by God to abstractions created by man, such as the socialist collective and the capitalist elite.  As Fulton Sheen explained, “God” has become a “divinized society”; we have changed from God-created to God creators.

Worship of the State or of “the People” in order to secure an earthly material paradise is not the answer.  As G.K. Chesterton noted in his final debate with George Bernard Shaw, the answer is to empower people, and empowerment normally requires access to the means of acquiring and possessing private property in capital.  Shaw, of course, insisted that only income matters, as that was in his opinion the only means to achieve a decent material life, the socialist Kingdom of God on Earth.

For well over a century, then, both capitalists and socialists have insisted that Leo XIII’s encyclical Rerum Novarum is “the living wage encyclical.”  The wage system leaves power in the hands of a capitalist or socialist elite, with ordinary people cut off from the normal means of acquiring and developing virtue: exercising their natural rights of life, liberty, and private property.

In reality, Rerum Novarum is “the expanded capital ownership encyclical.”  As the centerpiece of his argument, Leo XIII insisted in § 46 that widespread ownership is key: “We have seen that this great labor question cannot be solved save by assuming as a principle that private ownership must be held sacred and inviolable. The law, therefore, should favor ownership, and its policy should be to induce as many as possible of the people to become owners.”  As he continued in § 47,

Many excellent results will follow from this; and, first of all, property will certainly become more equitably divided. For, the result of civil change and revolution has been to divide cities into two classes separated by a wide chasm. On the one side there is the party which holds power because it holds wealth; which has in its grasp the whole of labor and trade; which manipulates for its own benefit and its own purposes all the sources of supply, and which is not without influence even in the administration of the commonwealth. On the other side there is the needy and powerless multitude, sick and sore in spirit and ever ready for disturbance. If working people can be encouraged to look forward to obtaining a share in the land, the consequence will be that the gulf between vast wealth and sheer poverty will be bridged over, and the respective classes will be brought nearer to one another.

In general, a financially feasible and morally sound means by which ordinary people can become capital owners — and thus gain control over their own lives — is essential to the restructuring of the social order to create a society in which virtue is once again the optimal choice.  This requires certain financial and monetary reforms (that should be implemented anyway) as a means to enable people to become owners without redistribution or redefining natural law or human nature.  As Louis Kelso and Mortimer Adler explained in their two books, The Capitalist Manifesto (1958) and The New Capitalists (1961), it is possible to make everyone an owner without redistribution by enabling them to purchase self-liquidating newly formed capital, i.e., capital that pays for itself with future profits and then yields consumption income.

Applying this to the specific situation in Ukraine, there will be a massive need for financing the rebuilding of the country once the Russians have been driven back to their own country.  This will not come from reparations from Russia, even if we hadn’t already learned the lesson of what happened after World War I in Germany and Austria-Hungary.  Nor will it come from a global community whose credit has already been stretched to the limit and beyond.  It will only come from the “future savings” generated by the rebuilding itself, IF done in a way that makes every Ukrainian a direct owner of the new capital being formed.

Financing future capital without existing savings was the reason commercial/mercantile and central banks were invented.   Replacing traditional collateral requirements with capital credit insurance and reinsurance completely removes the need to accumulated savings before financing new capital — something that President Zelenskyy, who has a degree in law and economics, is well able to appreciate.

This is the proposal outlined in a new book from TAN Books, The Greater Reset, and which also addresses the roots of the problems of socialism, modernism, and the New Age, and the way the influence of these “New Things” has undermined the moral basis of the modern world/