At the present time most people seem to be focused (at least in the economic realm) on income, rather than power.  Maybe in difficult times that’s what people tend to do, but in the end it does boil down to whether you own, or are owned.  That is why we support the Economic Democracy Act as the best alternative of which are aware to things like this: 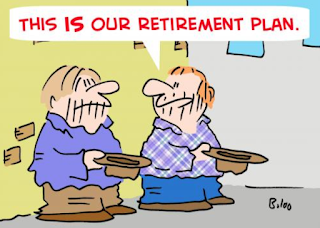 • Good Old-Fashioned Pension?  Why are the retirement plans of “Millennials” (as opposed to the rest of us?) in danger?  According to a Yahoo! Financial News article, it’s because most of them do not have “good, old fashioned pension plans” that offer absolute security for all eternity and establish the Klingdom of Glue on Earth . . . you know, the kind of pension plans that have forced sponsoring private sector companies into bankruptcy, bankrupted the Pension Benefits Guarantee Corporation, and saddled local, state, and federal governments with gigantic unfunded pension liabilities.  As for Social Security, Millennials can’t rely on it, as the non-existent trust fund (the vehicle exists, but it’s “funded” with government debt issued by the government that owes the benefits. . .) is expected to be able to pay full benefits only until 2033, and Medicare is due to start its downward slide in 2026.  So, what’s the solution?  Rethink the whole save-for-retirement-by-cutting-consumption-now shtick.  Instead, shift from a wage, welfare, pension-based economy, to a productive, investment-based economy in which everyone can participate.  The Economic Democracy Act is designed to do just that. 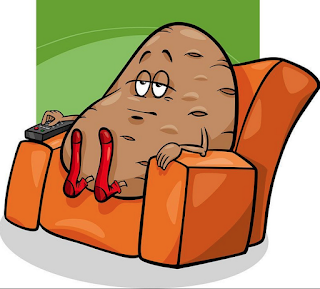 • Lazy Worker Test.  We’re not sure if this particular neologism is going to stick.  As the additional money paid to the unemployed dries up, the idea is that people who were making more money by not working will now rush to fill jobs.  If not, they’re lazy.  It’s an interesting conceit at the heart of Fabian socialism and Keynesian economics that the only way for most people to have income is a wage-system job.  It also assumes that people have only one incentive to work: money.  If you don’t care about money, you’re obviously lazy.  There are, however, quite a few employment situations in which industrious workers are penalized to protect those who really are motivated by money and only took a job to get it.  In those situations, it’s not unusual to find grounds for eliminating anyone who does more or better work than the average worker, but protect to the death (or at least a strike) those whose work is sub-standard.  What would happen, however, if people could work not because they had to, but because they wanted to, if everyone had a base income sufficient for daily needs?  No, we’re not talking the Universal Basic Income, as that is simple redistribution.  You already know where we’re going with this.  The Economic Democracy Act would provide a basic income to most people based on justice, not coerced charity or welfare. 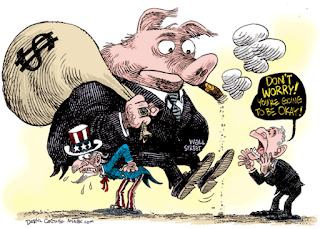 • Federal Reserve Policy.  According to the experts, the Federal Reserve is in deep trouble because its policy isn’t working.  This raises the question as to what Federal Reserve policy might be . . . besides trying to figure out ways for the politicians to have the money they want to spend.  In the Just Third Way of Economic Personalism, however, we know what the policy of the central bank of the United States should be: 1) Rediscount qualified paper from commercial banks, with the definition of “qualified” expanded to include a requirement that the new money be created for expanding ownership of new capital.  2) Stop monetizing government debt and limit open market operations to qualified private sector securities.  In other words, the Federal Reserve should not have a policy per se, but a function: to provide an adequate, elastic, uniform, asset-backed currency for private sector commerce, growth, and development, not be a money machine for the government. 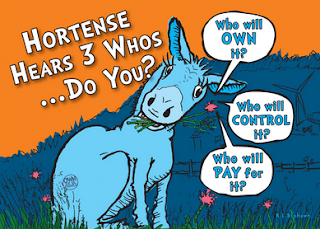 • Blog Readership.  We have had visitors from 29 different countries and 36 states and provinces in the United States and Canada to this blog over the past week. Most visitors are from the United States, the United Kingdom, Ireland, Canada, and India.  The most popular postings this past week in descending order were “On Usury and Other Dishonest Profit,” “Is Interest Evil?” “But Is It Usury?” “Did C.S. Lewis Approve of Socialism?” and “Say’s Law and Money.”