We hate to keep sounding the same note all the time, but many of the problems the world is currently facing would not even be a blip on the radar if the Economic Democracy Act had been passed when it was first proposed, whether then-Governor Reagan’s call for an “Industrial Homestead Act,’ or even Louis Kelso’s 1967 Accelerated Capital Expansion Act.  No, it’s not a panacea; we’d still have problems, but they would be of a more manageable size.  Until then, however:

• Reversing Stimulus “Harmful”.  According to Federal Reserve Chairman Jerome Powell, reversing the on-going stimulus could be “particularly harmful.”  He’s absolutely right.  You don’t cut addicts off cold turkey without anticipating some rather horrifying withdrawal symptoms.  Of course, what Powell isn’t considering is a phase-out instead of cut-off.  If the Economic Democracy Act were to be passed and implemented at the earliest possible date, there would be the best form of stimulus going straight to the people who need it, in a way that would be self-liquidating.  Instead of stimulus being an economic drain, it would be an economic boon leading to a sound economy.

• Biden Administration in Trouble?  It’s not for us to judge, but President Biden might find himself in need of something big and dramatic to turn matters around at home and abroad.  We suggest the Economic Democracy Act.  Had its provisions been implemented from the beginning in, say, Afghanistan, there is an excellent possibility that the U.S. presence could have been ended years ago, and the country have achieved a stable liberal democracy and security from threats both internal and external.  It wouldn’t be a bad idea for the United States, either.

• Jeopardy Host.  Now they’re picking apart Mayim Bialik for having unpopular opinions and taking positions that mainstream media mavens disagree with.  We happen to disagree with her on some, if not all of them, too, but what has any of it got to do with hosting a game show?  Why don’t they just cut their losses and go with LeVar Burton?  He is by far the fan favorite, and who watches the show except the fans?  Why is this even an issue? 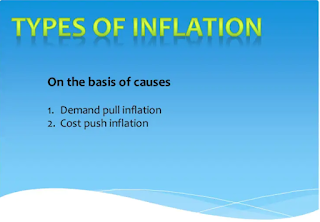 • Know the Types of Inflation.  A recent interesting article on inflation would have been more interesting had it actually given good information instead of presenting confusing data that didn’t reveal anything useful.  First off, there was a confused discussion that failed to take into account the rather enormous difference between “cost-push” inflation and “demand-pull” inflation.  From the perspective of Banking Principle economics, “cost-push” is the only legitimate type of inflation as it means the “real cost” of something has increased, resulting in an increase in the price level.  In Currency Principle economics, it gets a bit confusing.  In Keynesian economics, inflation means a rise in the price level after reaching full employment.  In Monetarist/Chicago economics, inflation means too many units of currency “chasing” too few goods and services.  In Austrian economics, inflation means an increase in the money supply whether or not there is a rise in the price level.  So, if you want to talk intelligently about “inflation,” you have to be a little more specific, or you may just end up talking past someone. 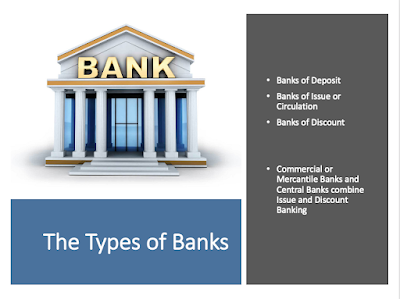 • Know the Types of Banks.  Many people think that a government prints up a bunch of money, spends it into circulation, people save, deposit their savings in a bank, and the bank lends the money.  Dishonest banks create money out of thin air, lend it out, and collect interest on the loans.  It’s a bit more complicated than that.  There are three basic types of banks, Deposit, Issue/Circulation, and Discount.  A Bank of Deposit is what most people think of as a bank.  It takes deposits and makes loans.  It cannot lend more money than has been deposited.  A Bank of Issue/Circulation takes accepts existing assets (“mortgages”) and issues promissory notes that can be used as money.  A Bank of Discount accepts future assets (“bills of exchange’) and issues promissory notes that can be used as money.  Commercial or mercantile banking involves combining Banks of Issue and Banks of Discount so that a single institution can handle both past and future savings to “create money” for commercial or mercantile purposes.  Commercial banks do not lend out of reserves, but rather create money by lending.  Central banks ensure that all the money created by their member banks have the same value by acting as “commercial banks for commercial banks” and ensuring there is enough money in the economy for day-to-day transactions by creating money to purchase qualified securities on “the money market.”  (Central banks do other things, too, but that’s the basic theory.)  The only role government should be playing is to enforce contracts and set the standards of the currency, not create its own money backed by its own debt. 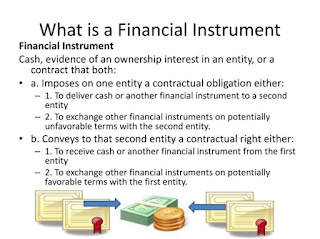 • Mortgages v. Bills of Exchange.  The first principle of finance is to know the difference between a mortgage and a bill of exchange.  Many people today, even bankers, do not, so we’ll give a brief explanation here.  A mortgage is a “past savings instrument.”  A mortgage is issued by the owner of an existing asset as a claim on that asset.  If the owner cannot redeem the mortgage when due, the holder in due course may seize the asset.  A mortgage can be used to back new money if the issuer of the money is the holder in due course of the mortgage.  A bill of exchange is a “future savings instrument.”  A bill of exchange is issued by someone who does not have an asset in hand at the time of issue, but reasonably expects to have it when the bill of exchange matures.  Issuers of bills of exchange are usually expected to have other assets (collateral) that can be seized if the issuer fails to deliver when the bill is presented for payment.  A bill of exchange can also be used to back new money if the issuer is the holder in due course of the bill.  There is also a special type of bill of exchange called a “bill of credit” emitted (not issued) by governments that is backed by future tax collections.  The U.S. Constitution does not give the Congress to emit bills of credit.  It only does so by redefining all savings as past savings, thereby reclassifying bills of credit as bonds (mortgages) that are permitted.

• Blog Readership.  We have had visitors from 34 different countries and 42 states and provinces in the United States and Canada to this blog over the past week. Most visitors are from the United States, Ireland, Canada, the United Kingdom, and India.  The most popular postings this past week in descending order were “On Usury and Other Dishonest Profit,” “Did C.S. Lewis Approve of Socialism?” “News from the Network, Vol. 14, No. 33,” “The Problem of the Human Person,” and “The Problem of Private Property.”