A few days ago we completed a short series on the importance of each and every individual, and of each and every institution in society being in conformity with the natural law.  Some people may have been confused, of course.  Because the breakthrough in moral philosophy that reconciled individual and social ethics — the life of the individual as an individual, and the life of the citizen in the State — was the accomplishment of a religious figure (Pope Pius XI), and he framed his thought in religious terms, some people might have been turned off.


Given the modern habit of not being able to see the forest for the trees, this is understandable.  It’s as if someone was first introduced to automobiles by seeing or experiencing hearses and ambulances.  Such a person might get it fixed in his or her mind that automobiles are strictly for the dead or dying, and that healthy people don’t have anything to do with such things.

And if you think that’s a far-fetched example, just watch the reaction of many people when you mention anything — anything — related to Christianity or any other religion in public, even in an objective analysis of a philosophical or logical issue.  Religion is a dirty word or a joke.  Smart people, pagan, Jewish, Christian, or Muslim, don’t believe in God.  If they say they do, it’s a trick.  Aristotle and Aquinas, what a couple of dummies.

So, what is economic justice?  We can define it very easily. 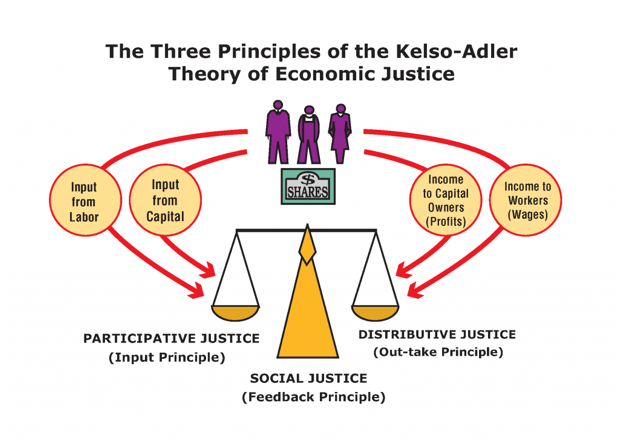 Economic justice touches the individual person as well as the social order.  It encompasses the moral principles that guide us in designing our economic institutions.  These institutions determine how each person earns a living, enters into contracts, exchanges goods and services with others, and otherwise produces an independent material foundation for his or her economic sustenance.  The ultimate purpose of economic justice is to free each person to engage creatively in the unlimited work beyond economics, that of the mind and the spirit.

We will examine each of the component parts of economic justice individually in this brief series.