Religion and All That

A while back (four years to be vaguely exact . . . to employ a precise estimate) we posted the Core Values of the interfaith Center for Economic and Social Justice (CESJ).  We gave them straight, without embellishment or explanation, as we thought they are pretty much self-explanatory.  The other day, however, we got an email from someone we had referred to the CESJ website.  As he said,


I reviewed CESJ’s website including the suggested pages on the Welcome Center.  I had one concern I wanted to mention.  Although I do think your ideas and the work you have done are fantastic, I am not sure if my core values align necessarily with those of CESJ.

I am secular and felt that your core values are based too much on religion.  I would appreciate your response addressing my concern.  Thank you.
Sincerely,
Juan Dering
As usual, CESJ’s Director of Communications quickly stepped into the breach and gave what we think is a good, brief answer.  As she said,

Hi, Juan,
Thanks for expressing your concern about CESJ’s core values with respect to your own beliefs. The question about whether expressions of faith and spirituality have a place in discussions of economic and social justice, economics, ownership, etc., is a legitimate one that we’ve discussed since CESJ’s founding. Here a few quick comments to address that concern: 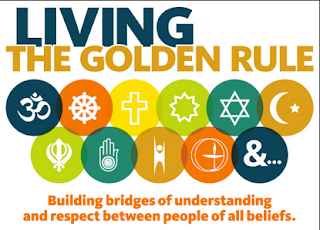 1) While CESJ’s founders and members have come from a wide variety of faiths (Catholic, Protestant, Jewish, Muslim, Mormon, Buddhist, unaffiliated monotheists, etc.), others have described themselves as secular humanists and even avowed atheists. Our Core Values are an expression of universality rather than religiosity, and whose basis is the dignity and empowerment of every human being, as well as how that person relates to other people and the social order.
2) Rather than excluding certain principles that have been expressed within all the major religions, we welcome the different ways that people have expressed the same values over the course of humanity’s existence. That is, that everyone and everything everywhere shares a common source, and that all human rights derive from our common nature as human beings (whether you believe or not that we are “created” by something higher).
3) That many people acknowledge a higher, universal source of creation speaks to the question of where human rights come from, and whether any human person, group or institution has created those rights and therefore has the right to take them away.
4) As imperfect human beings, we acknowledge that we will never know perfect Truth or Justice, but that we have a responsibility to pursue a greater understanding of those values and perfect our application of those values in our social interactions.
5) This is also why CESJ totally rejects the idea of any religious State or theocracy, because it combines the coercive powers of the government with the mandatory acceptance of a particular religious view, and relegates “non-believers” to the status of non-persons.
6) CESJ, therefore, also rejects the idea that a secular State, majority or any élite is the source of human rights, and thus has the authority to deny or negate human rights.
7) With regard to the universal right to be an owner of productive instruments, CESJ agrees with America’s founders that power naturally and necessarily follows property, and that to prevent the corrupting effects of concentrated power, every society needs to institute mechanisms for decentralizing economic power (within a system of checks-and-balances) to every member of society. 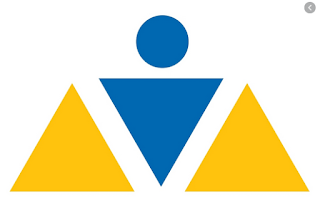 8) The question of how to achieve a just distribution of power through equal capital ownership opportunities and access to the means is where sound ideas of economics, politics, finance, technology, green growth, sustainability, corporate governance, etc. comes into play. The principles upon which we base our policies, systems and institutions will either promote human freedom and the empowerment of every person, or will continue to place power in the hands of a few.
We realize that many young people today have become disillusioned with all religious institutions, and that many people like myself who believe in a universal source of all creation reject various articles of faith expressed in the various formal religions. However, we also believe that there are eternal moral truths that religions have helped humanity to comprehend, and that we should not simply discard these values as we seek to build a better world.
Rest assured that we don’t require our members, volunteers, or research interns to be religious, just open-minded to those whose pursuit of justice is driven by their faiths. We also hope that those who view themselves as agnostic or atheist can help us communicate our Just Third Way message and Capital Homesteading solutions to those with similar views.
Juan, I hope I have clarified aspects of CESJ’s core values that concern you and why we believe that, once understood, these principles can speak to all (religious or not) who want to work with others to build economic and social justice for everyone.
Best,
Dawn

We couldn’t have said it better ourselves . . . which is why we pilfered Dawn’s response.  We may, however, take this opportunity to look at CESJ’s Core Values more closely when we take up this subject again.
#30#