In case you were wondering how people are benefiting from all the presumably wonderful economic growth (e.g., the stock market booming, falling unemployment, protection of America’s infant industries, etc.), it’s a good idea to keep in mind that there is a difference between the collective and the individual human person.  In the aggregate — the collective sense — things may be going great, per capita income is $1 million . . . except that means one person gets $300 million a year, and the other 299,999,999 people get zip.  And why not redistribute by abolishing private property for one guy so the 299,999,999 can have it?  Because abolishing private property for one means abolishing it for all.  Why not just figure out a way to make everybody productive instead of just one person?  Or you end up with what we have today: 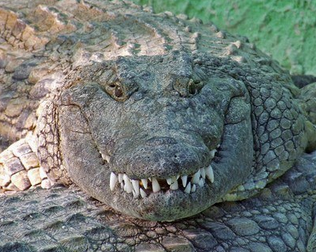 • Shop online and support CESJ’s work! Did you know that by making your purchases through the Amazon Smile program, Amazon will make a contribution to CESJ? Here’s how: First, go to https://smile.amazon.com/.  Next, sign in to your Amazon account.  (If you don’t have an account with Amazon, you can create one by clicking on the tiny little link below the “Sign in using our secure server” button.)  Once you have signed into your account, you need to select CESJ as your charity — and you have to be careful to do it exactly this way: in the space provided for “Or select your own charitable organization” type “Center for Economic and Social Justice Arlington.”  If you type anything else, you will either get no results or more than you want to sift through.  Once you’ve typed (or copied and pasted) “Center for Economic and Social Justice Arlington” into the space provided, hit “Select” — and you will be taken to the Amazon shopping site, all ready to go.
• Blog Readership.  We have had visitors from 30 different countries and 47 states and provinces in the United States and Canada to this blog over the past week. Most visitors are from the United States, Peru, India, and Australia.  The most popular postings this past week in descending order were “The Accountable Capitalism Act,” “The Birth of Social Catholicism,” “The Rise of Democratic Socialism,” “The Unusual Suspects,” and “News from the Network, Vol. 11, No. 33.”
Those are the happenings for this week, at least those that we know about.  If you have an accomplishment that you think should be listed, send us a note about it at mgreaney [at] cesj [dot] org, and we’ll see that it gets into the next “issue.”  If you have a short (250-400 word) comment on a specific posting, please enter your comments in the blog — do not send them to us to post for you.  All comments are moderated, so we’ll see it before it goes up.
#30#
Posted by Michael D. Greaney at 12:52 PM