As we may have mentioned once or twice in the past, we like to get questions from our loyal readers . . . “loyal” being defined as anyone with a query that does not begin, “Are you stupid-insane-crazy, etc., etc., etc., for saying something with which I disagree, misunderstand, or can’t pronounce?  (The answer, by the way, is “yes.”) 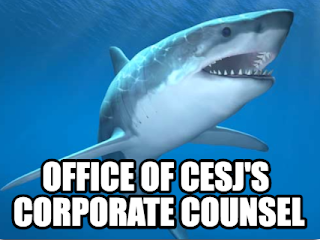 That’s why when we get a question even about something as esoteric as the modern stock market, we take the time to answer, even though we are not financial consultants, and nothing we say should be taken as investment advice.  (“Is that okay, Madame Corporate Counsel?  Are we covered just in case somebody decides after all that we are offering investment advice instead of just information?”  “Yes.”)
So, what was the comment or question?
So, is owning the stock of a company that you work for when the company is publically traded of any value or benefit? Is it just as good, in the current situation, to consider purchasing stock in different companies that may be doing better. Or is it better to avoid the whole stock market all together? A financial planner we talked to said saving for retirement wasn’t going to go very far if we don’t invest in the stock market. But then isn’t that such a gamble?
Finally, an easy question to answer.
First, the ESOP was not invented as a way of saving for retirement, but as a way for those without property in capital to become owners of capital without putting up any savings that they probably don’t have anyway, or taking cuts in pay and benefits.  The ESOP was put under retirement law simply because the trust arrangement and a body of law already existed, making it possible to plug the ESOP in rather than come up with an entirely new system, which is much harder to do.
Viewed purely as a retirement plan, and everything else being equal, the ESOP has certain advantages as a retirement plan, e.g., it is impossible for an ESOP or 401(k) to be “underfunded”; if it’s in the plan, you get it, if not, you don’t. The standard defined benefit plan (a “pension”) often gets committed for more than is in the plan; the ESOP and 401(k) are “defined contribution” plans, and cannot by definition be underfunded.
At present, the stock market is a giant gambling casino, and — if you can — it’s probably better to avoid it.  At the same time, it’s pretty much the only game in town for small scale investors, even though everything is stacked against them.  The same goes for publicly traded shares even when owned through an ESOP.
Much of the problem results from two things: Keynesian economics, and the “Business Judgment Rule.”
Keynesian economics, by relying on past savings to finance new capital formation, by definition a monopoly of the already wealthy, means that the rich will own most of the future wealth just as they own existing wealth.  That is, they will own it unless you redefine private property to take it away, which is what socialism does.
The Business Judgment Rule is that the Board of Directors of a corporation (almost always controlled by the wealthy who own most of the shares) can safely ignore the rights of minority owners, especially voting and dividends, if — in their judgment — the corporation is better off.  In other words, the Business Judgment Rule requires a practical (and usually legal) impossibility: that the minority prove that what the Board of Directors does is not in the best interests of the corporation (you cannot logically prove a negative).
So, what can be done about it, if there’s no other way to invest except the stock market, and the stock market is set up for the benefit of the already wealthy and those who have the ability to manipulate and control the already wealthy?
The only thing that can be done justly (there are always unjust things to do, such as redistribution of existing wealth that already belongs to other people) is to change the system so that those who are not wealthy enjoy the same opportunity and means to acquire and possess private property in capital as those who are wealthy.  That way, instead of tearing some people down, you lift everybody up.
Is there a way to do that, though?
Yes.  Capital Homesteading is designed to open up equality of opportunity and means to become capital owners that would eliminate abuses by making it possible to finance new capital out of future instead of past savings, and to ensure that owners have all the rights of ownership, not just what the wealthy choose to give them.
#30#
Posted by Michael D. Greaney at 6:00 AM