Non-Productive Money? Are You Serious?


If you read yesterday’s blog posting, you know that Say’s Law of Markets and money creation go together.  In a very real sense, production is money, and money is production . . . if the system is arranged the right way.  “Money” — defined as anything that can be accepted in settlement of a debt (“all things transferred in commerce”) — is the means by which I exchange what I produce, for what you produce, so that every producer is a consumer, and every consumer is a producer; supply and demand are in balance.  That is why money is usually defined as “the medium of exchange.”


Note that we just said that money is THE medium of exchange.  Under the “Currency Principle” (that we disagree with; we’re “Banking Principle”), money is defined as A medium of exchange . . . which changes everything just by changing a single word.  If money is THE medium of exchange, then anybody can create money simply by entering into a contract; all contracts (exchanges) become money, just as all money is a contract.
If, however, money is A medium of exchange, then a monkey wrench has been thrown into the system.  The automatic link between production, consumption, and money has been broken.
This is easy to understand.  If money is defined as “all things transferred in commerce,” and understood as THE medium of exchange, then there can be no money without production and exchanges of that production.  If, however, you ignore the definition of money as “all things transferred in commerce” and limit the definition of money to A medium of exchange, i.e., mere purchasing power, you admit the possibility of a kind of money that is not linked to production.  Money not tied to production is mere consumptive or purchasing power, a kind of money that is simple “fiat” (Latin for “let it be”), that is a command from some authority that something is money, with or without being linked to production.
Monetary policy changes from the problem of, “How do we ensure that the currency, that is, the unit of measure for money, is stable and uniform?” to “How do we create enough money to meet the needs of the economy without causing too much damage?”
In the first instance, monetary policy means ensuring that all producers can turn their production (if they so desire) into money at a standard rate and value, that the unit of currency always has the same objective value, regardless when it is issued or who has it.  In the second instance, monetary policy means ensuring that the value of the currency and the amount can be manipulated to try and force desired results.  The value and the amount of currency become subject to the demands of whoever has the most power. 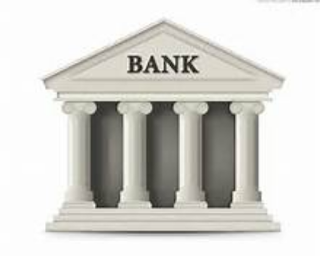 Under monetary policy consistent with Say’s Law of Markets (the Banking Principle), no money can be created until and unless there is something of value that is owned by the issuer to back it up.  This can be existing wealth (“past savings”), or it can be future wealth (“future savings”), but the bottom line is that, one, there must be actual, measurable value, and, two, the creator or issuer of the money must own that value or have a valid, legal claim.  In this way, the amount of money in the system is, in the ideal case, always equal to the needs of the economy, and there is no inflation or deflation.
Under monetary policy that is not consistent with Say’s Law of Markets (the Currency Principle), money can be created at will, whether or not there is something of value owned by the issuer, or even whether value exists at all!  In practice, the most common way this happens is that a government will “emit bills of credit,” i.e., create money backed by future tax collections.
That is why another term for “bill of credit” is “anticipation note,” as it “anticipates” that taxes will be collected in the future to cover the bill of credit.  The problem, of course, is that a government doesn’t own the taxes until they have been voted and collected, unless it’s a socialist government.  By emitting bills of credit, the government is actually issuing funny money: “legal counterfeiting,” as Irving Fisher called it.
From a systemic point of view, when a government emits bills of credit, it makes it possible to consume without producing.  It also causes supply and demand to go out of balance.  When only producers can create money, then it is impossible to create more money than can be matched by production (obviously).  If non-producers — such as the government — can create money, however, then supply and demand go out of whack.  The is more demand than supply, more “money” than production.
And that means that the price level will start to adjust to match the excess demand: inflation.

For example, suppose that A, B, C, and D from yesterday’s examples produce stuff worth 1,000 Pazoozas.  If that’s all, then supply and demand are equal at 1,000 Pazoozas.  There is neither inflation nor deflation.
Now, however, E, the government, comes in and emits 1,000 Pazoozas’ worth of bills of credit, which he spends into the economy.  All of a sudden, instead of 1,000 Pazoozas’ worth of demand in the economy, there is 2,000 Pazoozas’ worth: the 1,000 Pazoozas of demand created by the production of A, B, C, and D, and the 1,000 Pazoozas of demand E issued with his bills of credit.
What happens?  Either E purchases everything in the economy with his 1,000 Pazoozas, or prices double (i.e., the Pazooza loses half its value).  In the first instance, A, B, C, and D can buy nothing, and starve.  In the second instance, they buy only half what they previously consumed, and go hungry.  E has effectively stolen purchasing power from everybody else by using the hidden tax of inflation to finance government by changing the value of the Pazooza instead of having taxes voted.
Nor is government-induced deflation any better.  Suppose the government cuts the money supply in half.
Prices fall, yes, but then people are stuck paying off debt with money that cost them twice as much, or selling goods for one Pazooza that cost them two Pazoozas.  People take a loss on every transaction the same as with inflation.  It’s just that where inflation benefits debtors, deflation benefits creditors.  People who are neither lose either way.
#30#
Posted by Michael D. Greaney at 6:00 AM