G.K. Chesterton may one day be recognized as possibly the most genial man of the twentieth century.  While he hinted on occasion that this might be due to indolence or similar flaws, it could probably better be attributed to an inherent good nature that, while something for which all human beings have an inborn capacity, some manage to develop to a higher degree of completion.


If someone wanted acerbic, barbed, or (on occasion) bitter commentary from the Chesterbelloc, Hilaire Belloc, “Old Thunder,” was the shop for it.  Chesterton generally contented himself with the implied irony of the paradox, or the uncomfortable humor of a contradiction made obvious.  He was, as he described Aquinas, “the sort of man who hates hating people.” (Chesterton, The Dumb Ox, op. cit., 141.)

Yet even a placid ox of a man like Chesterton or Aquinas can be transformed into a bellowing bull, given provocation.  And that provocation is what Siger of Brabant gave to Aquinas, and which — as Chesterton seemed to hint — ended by killing him.  As Chesterton described Aquinas’s reaction to the presentation of Siger of Brabant’s sophistry of the Double Mind of Man (or, as we might say, a justification for the contradiction of having your cake and eating it, too) that we covered in the previous posting in this series,

“Siger of Brabant, following on some of the Arabian Aristotelians, advanced a theory which most modern newspaper readers would instantly have declared to be the same as the theory of St. Thomas.  That was what finally roused St. Thomas to his last and most emphatic protest. . . . To many, this would at least seem like a parody of Thomism.  As a fact, it was the assassination of Thomism.  It was not two ways of finding the same truth; it was an untruthful way of pretending that there are two truths.  And it is extraordinarily interesting to note that this is the one occasion when the Dumb Ox really came out like a wild bull.  When he stood up to answer Siger of Brabant, he was altogether transfigured, and the very style of his sentences, which is a thing like the tone of a man’s voice, is suddenly altered.  He had never been angry with any of the enemies who disagreed with him.  But these enemies had attempted the worst treachery: they had made him agree with them.”  (Ibid. 92-93.)

Chesterton followed this passage with sentence after sentence, paragraph after paragraph, going into a most atypical fulminating detail about the exact nature of the treason that had been committed against Aquinas and against truth.  Yet, even in the heat of anger and under the most extreme provocation, Chesterton noted that Aquinas never lost sight of the real issue: the primacy of truth, and the union of faith and reason.

Yes, as Chesterton analyzed the situation, Aquinas had every right, even the duty, to be angry at the betrayal of truth.  More than a suspicion intrudes, however, that Chesterton wasn’t merely referring to an ancient controversy.  Not only Aquinas, but Chesterton himself seems to have been protesting the treachery of having his own words and work of a lifetime twisted into support for the very things he opposed.

Chesterton’s passion suggests he knew whereof he spoke when he wrote of the enemies of Aquinas who “attempted the worst treachery” by using his own words and arguments to support their attacks on truth and reason.  Simply by giving that “one twist to the mind” they had shifted from reason-knowledge-intellect as the basis of the natural law, to faith-opinion-will, and brought down the whole of the law in anarchy and chaos.

And in so doing, they undermined the foundation of all true reason and faith, putting in motion forces that continue to have the potential to destroy society — something Chesterton and Rommen saw rising in Nazi Germany.  These superficial sophists, intent upon gaining the world at the cost of their human souls, had also violated Aquinas’s personal integrity, the conformity of “his outer and his inner life.”

“He had returned victorious from his last combat with Siger of Brabant; returned and retired.  This particular quarrel was the one point, as we may say, in which his outer and his inner life had crossed and coincided, he realized how he had longed from childhood to call up all allies in the battle for Christ; how he had only long afterwards called up Aristotle as an ally; and now in that last nightmare of sophistry, he had for the first time truly realized that some might really wish Christ to go down beneath Aristotle.  He never recovered from the shock.  He won his battle, because he was the best brain of his time, but he could not forget such an inversion of the whole idea and purpose of his life.  He was the sort of man who hates hating people.  He had not been used to hating even their hateful ideas, beyond a certain point.  But in the abyss of anarchy opened by Siger’s sophistry of the Double Mind of Man, he had seen the possibility of the perishing of all idea of religion, and even of all idea of truth.  Brief and fragmentary as are the phrases that record it, we can gather that he came back with a sort of horror of that outer world, in which there blew such wild winds of doctrine, and a longing for the inner world which any Catholic can share, and in which the saint is not cut off from simple men.”  (Chesterton, The Dumb Ox, op. cit., 140-141.)

As apocalyptic and uncharacteristic of him as it is, we’ve seen Chesterton use this argument, even this language, before.  This was in the conclusion of St. Francis of Assisi, and is worth repeating to show the parallel:

[T]his was not so much being a communist as being an anarchist. . . . At the back of this particular practical question there was something much larger and more momentous, the stir and wind of which we can feel as we read the controversy.  We might go so far as to put the ultimate truth thus.  St. Francis was so great and original a man that he had something in him of what makes the founder of a religion.  Many of his followers were more or less ready, in their hearts, to treat him as the founder of a religion.  They were willing to let the Franciscan spirit escape from Christendom as the Christian spirit had escaped from Israel.  Francis, the fire that ran through the roads of Italy, was to be the beginning of a conflagration in which the old Christian civilization was to be consumed.”  (Chesterton, St. Francis of Assisi, op. cit., 148-151.)

But was Chesterton referring only to Aquinas and the Angelic Doctor’s bellowing “apocalypse of anger”?  Or was he also thinking of and drawing a conscious parallel with those of the modern age — and, more, his own followers — who demanded “the sacrifice of . . . a sane point of view” in order to establish their utopias and bring the world into conformity with their personal, enthusiastic vision, not of reality as it is, but as they think it should be?

That would appear to be the case.  As Chesterton summed up the effect on the modern world of abandoning common sense — not coincidentally adding a short catalog of errors resulting from basing the natural law on faith-opinion-will instead of reason-knowledge-intellect, 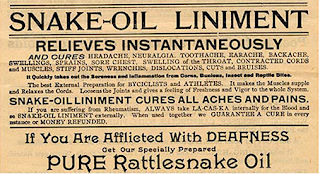 “[T]he abstract philosophies of the modern world have had this queer twist. . . .  Each started with a paradox; a peculiar point of view demanding the sacrifice of what they would call a sane point of view. . . . A man had to believe something that no normal man would believe, if it were suddenly propounded to his simplicity; as that law is above right, or right is outside reason, or things are only as we think them, or everything is relative to a reality that is not there.  The modern philosopher claims, like a sort of confidence man, that if once we will grant him this, the rest will be easy; he will straighten out the world, if once he is allowed to give this one twist to the mind.  (Chesterton, The Dumb Ox, op. cit., 145-146.)

Many of today’s followers of Chesterton, with their incomprehensible admiration of the warmed over Fabian socialism of people like Arthur Penty and E.F. Schumacher, cannot be said to have done Chesterton any favors.  Yet it appears evident that Chesterton saw this coming, and perhaps — on purely human terms and in a personal sense — gave up.

His writings in the last few years of his life, those that followed The Dumb Ox, were, of course, solidly literary and philosophically sound.  They were also unremarkable, at least for Chesterton, particularly in light of Orthodoxy, St. Francis of Assisi, The Everlasting Man, The Catholic Church and Conversion, and (of course) St. Thomas Aquinas: The “Dumb Ox”.  It is almost as if he were referring to himself when he wrote,

His friend Reginald asked him to return also to his equally regular habits of reading and writing, and following the controversies of the hour.  He said with a singular emphasis, “I can write no more.”  There seems to have been a silence; after which Reginald again ventured to approach the subject; and Thomas answered him with even greater vigor, “I can write no more.  I have seen things which make all my writings like straw.”  (Ibid., 141.)

He . . . seemed to desire nothing but a sort of permanent retreat.  A request came to him from the Pope that he should set out upon some further mission of diplomacy or disputation; and he made ready to obey.  But before he had gone many miles on the journey, he was dead. (Ibid. 96.)