It comes as a surprise to many people that the pope is as entitled as anyone else to his opinion on what should be done about climate change.  This doesn’t make it a matter of religious doctrine, nor could it be an infallible declaration.

Pope Francis would be fully within his rights to say something along the lines of, “Given [or assuming] that climate change is (or is not) happening, and consistent with everyone’s duty of stewardship, here is my opinion as to what should be done.”  This, however, could not possibly be regarded as an infallible declaration because climate change is not a matter of (religious) faith or morals.

Neither the pope nor anyone else can demand the assent of the faithful (or anyone else) on such an issue, any more than they can on the belief, expressed by both Leo XIII and Pius XI, that the only way to finance new capital formation is to restrict consumption and accumulate money savings.  In strict fact, that is the worst way to finance new capital formation; “future savings,” i.e., monetization of the future stream of income, is much preferred, as Harold G. Moulton demonstrated in The Formation of Capital (1935).

The point to keep in mind here is that when the pope speaks as pope in union with the whole Church on matters of principle regarding faith and morals, he is speaking infallibly.  When, however, he speaks of how to apply those same principles, he is necessarily speaking prudentially.  His opinion is entitled to respect, certainly, but it remains an opinion.

The bottom line here is, if the goal is to urge people to carry out our duty of stewardship of the earth, and there are better ways to do so than the pope might mention, you are under no obligation whatsoever to follow any prudential prescription the pope might give.  Rather, your duty in social justice — under penalty of sin — is to organize with others and achieve the same goal by the better means.

This applies as well to the goal expressed by both Leo XIII and Pius XI: expanded capital ownership.  The means the popes suggested was that workers should be paid more so that they can save in order to purchase capital.

Quiz time: what is the goal?  Expanded capital ownership.  What was the prudential means the popes suggested to achieve this goal?  Increased wages.  If a better means can be found, by all means employ it — but don’t say that the goal is increased wages as an end in itself.

Of course, what baffles many people is that there is another, more immediate (although hardly less important) reason for increasing wages — at least in the short term, until people can begin getting income from their capital: people have to live.  Thus, people should be paid what they need to live on as a short term expedient, not as a solution.

This amount of pay is determined by strict (commutative) justice — the market value of the labor — supplemented with charity.  As Pius XI explained: “Relations of one to the other [i.e., employers and employed] must be made to conform to the laws of strictest justice — commutative justice, as it is called — with the support, however, of Christian charity.” (Quadragesimo Anno, § 110.)

There are serious problems associated with paying people more than their labor contribution is worth in the market, however, so the State should take a hand in matters and implement programs intended to make it possible for as many people as possible to own capital, thereby freeing them from utter dependency on wages and welfare, e.g., Capital Homesteading.  As Leo XIII said, 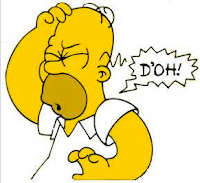 [Prudential Matter] “If a workman's wages be sufficient to enable him comfortably to support himself, his wife, and his children, he will find it easy, if he be a sensible man, to practice thrift, and he will not fail, by cutting down expenses, to put by some little savings and thus secure a modest source of income. [Infallible Teaching] Nature itself would urge him to this. We have seen that this great labor question cannot be solved save by assuming as a principle that private ownership must be held sacred and inviolable. [Logical Conclusion] The law, therefore, should favor ownership, and its policy should be to induce as many as possible of the people to become owners.” (Rerum Novarum, § 46.)